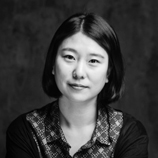 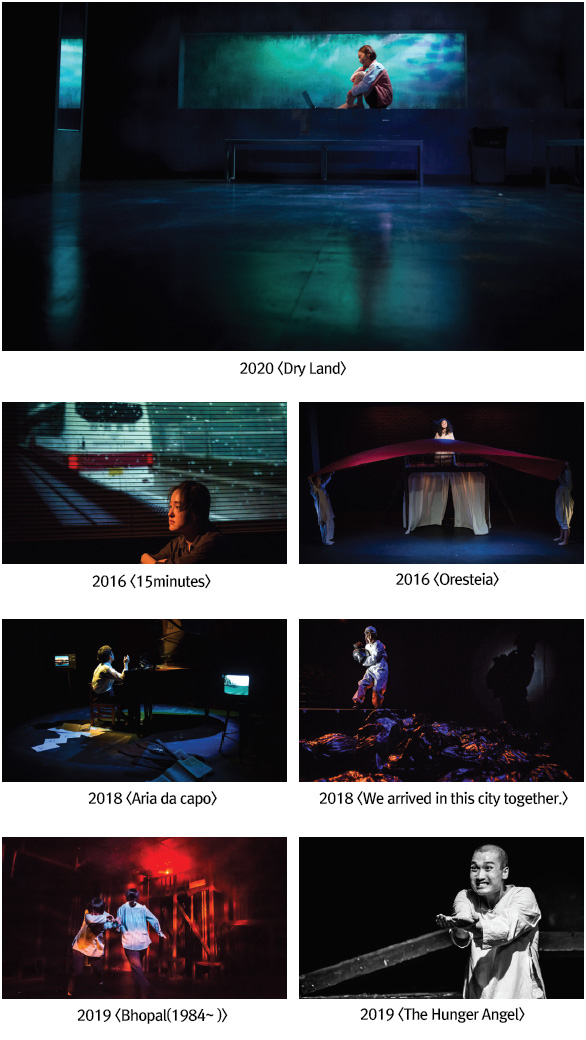 The Doosan Artist Award screening process is very difficult. The jury tries to find a gem among performing artists under age 40. Some fail to be mentioned even though they were candidates for the award for years, and some appear like comets in the scene, while others show their competency and reliability through their steady practice. Although the members of the jury were the same this year as last year, a large number of new candidates were introduced instead of the same candidates from last year being in the spotlight again. Looking at the names of the new award nominees, it is both worrisome to see that artists who grabbed attention with their prominent practice not carrying out their practice well, as well as exciting to see new talented artists emerge in the scene continuously.

The jury looked for one common aspect from the finalist. They questioned if the candidate is an artist who steadily produced work and if the quality of their work is stable for the most part. They also question, if the candidate’s recent works are being evaluated, whether the artist is continuously exploring the new content and form of their recent work. A number of candidates who met such criteria were focused, and it wasn’t difficult for the jury to all decide on Youn Hyesook as the winner of the award.

Youn first became known through the Pop-up Theater incident in 2015. In the fall of 2015, controversy over censorship shook the theater industry, and Yoon was one of the victims of the popup theater incident. Her performance The Secret Pocket, to show in the pop up theater, was cancelled in protest of censorship at the time. Yoon said in an interview that the ‘15 minutes lost’ then would never be recovered, and we wondered if she’d been able to find that 15 minutes since then.

Youn’s establishing her own style firmly through her recent works dry land (2018, 2020), Bhopal(1984~ )(2019), and We arrived in this city together.(2018, 2020), etc. dry land shows the process of two female highschool students finding their own sexual self-determination, through intense psychological conflicts and powerful energy. Bhopal(1984~ ), which participated in Sewol-ho 2019 Jejari in the 7th season of Hyehwa-dong 1-Beonji, tells the story about a big gas leak accident and the excruciatingly painful process for the vircims, and is a metaphor for the Sewol Ferry incident. We arrived in this city together. prophetically portrayed this age of the coronavirus pandemic, through two young women who go in search of work and money, to a city where infectious diseases run rampant. The journey to a strange city, in search of a ‘room to live’, was like a leap into hell, and there seemed no exit out of a city infested with contagious viruses.

Youn seems like a director who communicates well with the performers. She fills the stage with the energy of the performers, even without a complex stage set. Even on an empty stage, the words and actions of the performers allow the audience to imagine, to the fullest, the situation and environment that surrounds the characters. Yoon never leaves her audience comfy and passive; rather she asks them to ‘think’ and engage in the work constantly. Her play is charged with energy as if to make the theater burst at times, while other times, it suddenly becomes very quiet, asking for cold-hearted rationalization. Examples of such intense scenes are when a janitor composedly cleans the floor covered with blood from abortion for quite a long time in dry land, and the scene in We arrived in this city together where a performer’s body stiffens up and becomes a tree, and light alone at the end signifies his death.

Youn’s directing is always on guard for every possible ‘what if’ situation in her work. She analyzes the situation she’s in to protect not only her own justice and safety but also that of others, and always attempts to verify problems and conditions that might occurr in various directions. She tries to keep an objective perspective on what is happening in her work as much as possible, and humbly reflects her own role and consideration for the public through her work.

These days, extraordinary narratives are shared infinitely through a process of interactive transformation based on cutting-edge IT technoogy. While the world overflows with narratives, what’s ironic is that ‘narratives’ which connect and unite everyone are on the decrease. In such situation, it remains an important task for directors to discover ‘narratives’ that can take charge of the theater, and capture it through a theatrical language. Youn’s directing goes beyond exploring play, to discovering the narratives about our very own lives here and now, through diverse texts. Yoon removes other theatrical rhetorics and animates the layers of her narratives as much as possible, reviving it on her stage. Yoon’s stage offers her audience the precious experience in coming face-to-face with the energy and presence of the performers as conveyors of such narratives.