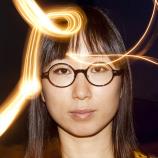 Hayoun Kwon researches the possibilities in new media technology and presents various video works such as animation, documentary and 3D works. Her works integrate real and virtual, and shed light on the ideas of time, memory, identity and boundaries. In particular, she provides experiences of new and unfamiliar spacetimes by inviting the audience to actually enter and engage with the virtual space. Through this experience, she asks the audience to traverse across the boundaries between objective truth and fictional interpretation in the complexities of reality.

This year’s DOOSAN Artist Award in visual arts category was partly reorganized in recognition of the 10th anniversary of Doosan Art Center. While the first part of the recommendation and selection process — in which each of the three judges recommend 3 candidates and the finalist is selected from the total of 9 candidates — remained the same, what changed this year was the number of the finalists, from three finalists to one finalist. In addition, the support for artists in their residency at DOOSAN Residency New York, which is the prize for the DOOSAN Artist Award in visual arts category, has been expanded.
After thorough reviews of each of the candidates, the judges chose Hayoun Kwon, whose practice is based more internationally than in Korea, as the finalist. The grounds for the selection lied in accordance with the purpose and direction of the DOOSAN Artist Award, which has supported the innovative art world and growth potential of the artists.
Kwon’s works include Model Village (2014), 489 years (2016), Lack of Evidence (2011), and her recent work The Bird Lady (2017). While her oeuvre does not consist of a large number of works, each of the few number of works are powerfully provocative and persuasive in that they are visualized through effective and sophisticated methods of embodiment in search of trivial but unique episodes in the subject of ‘territory and boundary.’ Kwon explores social realities such as geopolitical issues, migration and identity, etc., and such issues are delivered implicitly and indirectly through a deliberately ambiguous storytelling between fairy tale and documentary, and an ingenious combination of 3D animation and high-tech devices such as VR. This raises the audience’s sharp interest on the genuine and reproduced, and real and virtual, and it’s interesting to note that it proposes a unique means of its reception and experience. In particular, it is necessary to look closely at the aspect of Kwon’s works which newly regulates the relationship between the work/exhibition and the audience. One is torn apart whether or not to use a VR headset at the exhibition, not so much due to a sense of resistance to a high-tech device like VR, but more so due to a lack of faith in its relationship to art. At least until one comes across Kwon’s art, the VR system was a tool that came handy when primarily drawing audience participation in amusement parks or hands-on experience events. The role of this VR in her work can lead to significant changes in the status of the audience in the work / exhibition. Just as the emergence of the video camera in the 1960s opened up the possibility of redefining the relationship between the audience and the work/exhibition in a completely new way, Kwon’s VR also proposes a new phase and role of the audience in the work/exhibition. In art, the audience has been transformed from a passive reader, the audience of a set stage, and a pedestrian on the streets, to an active audience engaged with the fate of the work. In extension of this transformation, the audience in Kwon’s work comes to engage freely with the transformation of the work, as well as its completion, or perhaps, incompletion.
Paradoxically, however, Kwon was selected as the finalist, not because of her expertise and realizations in VR. Rather, Kwon was selected because of her distinctive artistic language and delicate narrative sensibility in the subject of the boundary between spacetime and perception, which is a theme she has been exploring even before her uses of VR, and such explorations eventually paved the way for the artist’s deployment of VR as a medium. For example, Kwon’s works Model Village, which is an arrangement of the existing but illusory DMZ villages into models and sounds, and Lack of Evidence which is a combination of animation and documentary video rendering of the colliding of personal memories with collective histories, triggered the use of VR as a world of possibilities that have not yet been realized, after passing through a stage of experimentation in 489 Years. In short, Kwon was praised for building up the faith in the idea that independent video works could be built even after excluding the VR medium, while raising the expectations to the artist’s exploration of the narrative of the unknown space which could expand out to VR in the future.

There was also a discussion on the use of the new media in the screening process. Although most artists would not refuse new senses and special experiences, a sensitive artist would at least once carefully worry about the meaning of the work being reduced too easily if such new senses and special experiences come to stand for the work itself. This is especially true if the former involves the new media being received as a novelty and the latter yields to shallow preconceptions like war or division. Kwon’s works demonstrate unprecedented boldness in that they confront such issues face-to-face. The experience of the division is rendered through VR, but instead of collecting historical material or reconstructing the narrative, it focuses on unfamiliar senses and prevents the work from being reduced to a monotonous meaning.
Kwon has mainly worked in France so far, and it’s exciting to question how her works would be accepted in Korea, which is a country that is extremely susceptible and open to new media as well as a nation that is tremendously extreme in ideologies. Hopefully the DOOSAN Artist Award becomes a powerful impetus in Kwon’s thriving artistic practice.