Differences and imbalances create tension, which causes the world to move. What does it mean for this world to move vigorously with energy while implementing fairness? The reason this question is asked is because there is a strong demand for fairness in various fields, and a broader analysis of this idea is needed. How can we embrace fundamental differences such as generation, gender, race, etc. in fairness when we have no choice but to live with each other? How can we refine the intense movements that take place in it with power directed at the future? DOOSAN Humanities Theater attempts to explore the answers to these questions.

The program was cancelled in 2021 to prevent COVID-19 infection.

All creatures must eat in order to survive. Humans are not exempt from this requirement. Unlike other animals, however, humans have conferred different meanings on the activity of eating, and have thus ingested their victuals in a variety of ways.

As a result, ethical and social issues are now discussed alongside the question of eating in unprecedented ways. The discourse on what and how to eat grows novel and more diverse each day. The Doosan Humanities Theater 2020 has encompassed such a wide-ranging story into a single theme, “FOOD.” This initiative will help us discover the meaning of human existence as eaters.

In a country lacking public housing, the apartment is still favored as the most safe and pleasant dwelling space. For the young generation, apartments undergoing redevelopment stir up nostalgia for home. For some, the apartment is an aesthetic subject.

In order to deal with the intricately woven sentimentality regarding the apartment, diverse perspectives from various fields including architecture, sociology, economy, anthropology and philology are necessary to contemplate on the trend of life for Koreans, who have passed through periods of westernization and modernization, and to consider a better direction of life.

What does it mean to do something for someone else? Who is fundamentally another? Is it possible to judge what can be done in the interest of the other?

Who are the ‘altruists’ of this age? In 2018, the DOOSAN Humanities Theater embarks on the journey of exploring the question "How one can live with others."

In this journey, we will together think about what human behaviors are considered to be altruistic, at what point the sacrifice occurs, and the ways through which to transform such sacrifice into something truly valuable.

‘Conflict’ is productive. New trajectories are formed in tight tension and confrontation. While catastrophic outcomes can result at times, productive and positive effects can usually be expected, or actually hoped, through dynamic processes. Therefore, no matter how difficult the process, one can bear it and move on forward by looking at the light at the end of the tunnel as their hope.

Human beings, who can only survive by gaining something from nature, are essentially in discordance with nature. However, through such period of discord, human and nature also had the time to adjust to each other. There is sharp conflict between human beings because we always desire for more and better. However, as the human society always reaches beyond instincts to direct at the cause, it is able to resolve conflict with dignity and move onto new steps.

Now, there’s more possibility that humans will have conflict with artificial intelligence who might have consciousness soon, but I hope that we will arrive at a new breakthrough in the drama of this conflict. Thus perhaps resolving conflict is not about repressing it but about creating new conditions like two vine trees intertwining to make an even stronger vine.

This analogy illustrates the reason for exploration into the subject of ‘conflict’ for DOOSAN Humanities Theater in 2017.

Adventure is frightening. Most journeys into the sea have been taken place along the coast where the shoreline is visible, because venturing out into the nothingness of the ocean is terrifying. However, some put their fears behind and headed out into the sea, and what they discovered changed the world. A lot still lies ahead of mankind and their intellectual achievements through the expeditions into the unknown.

‘DOOSAN Humanities Theater 2016’ penetrates through issues that seem impenetrable in all aspects of reality, including politics, economy, society and culture. The theme of the program this year is ‘Adventure’, reflecting the new force of imagination to break through the limitations of human thought.

The word ‘exception’ is used often in our daily life, but it is also used as a philosophical term or to describe various social circumstances and phenomena. At present, the term “exception” feels heavier in our daily circumstances wherein exceptional incidents successively occur.

DOOSAN Humanities Theater 2015: Exception, Mutation, or Abnormality on the Borders is planned with questions as to what “exception” means to us and whether many exceptional circumstances that seem exceptional are actually exceptional. It attempts to explore what the term “exception” means in the ecosystem as well as to investigate the meaning and cases of exception from the perspectives of history and economy.

The DOOSAN Humanities Theater Series, an integrated project encompassing plays, lectures, film screenings, and exhibitions, brings social issues to the forefront in the first half of each year.

In 2014, the DOOSAN Humanities Theater Series examines cases of doubt, suspicion, and disbelief in diverse realms spanning from individual relationships to the social and systemic domains. In this respect, it explores and ruminates over what kind of human relationships and community we should strive for.

During the firsthalf of each year, DOOSAN ART CENTER stages a series of productions thathighlight new issues and themes. The annual program brings together excitingnew productions developed through long-term research and exploration ofrelevant sociocultural issues and trends.

Starting withthe inaugural production “Science Drama Series” in 2009, the program has beenexpanding into a comprehensive artistic venture encompassing theater, film,lectures and exhibitions through the years, with Man-Man-Man Series in 2010; MarginalPeople Series in 2011-2012; and the Doosan Humanities Theater Series in 2013.

Each year, DOOSAN ART CENTER stages a series of productions that highlights new issues and themes.

Under the theme of ‘marginal men,’ the program for 2012, ‘Korean, Chinese, and Japanese people,’ the program 2011, ‘Science Drama Series’ the program for 2010~2009 examined the margins of our society through a wide range of issues related to the arts, society, history, and ethnicity, and widened the horizons of our awareness by breaking stereotypes and challenging prejudices. 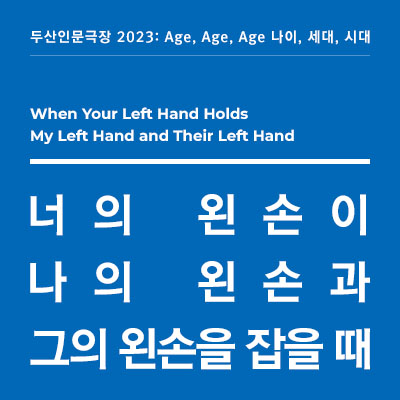 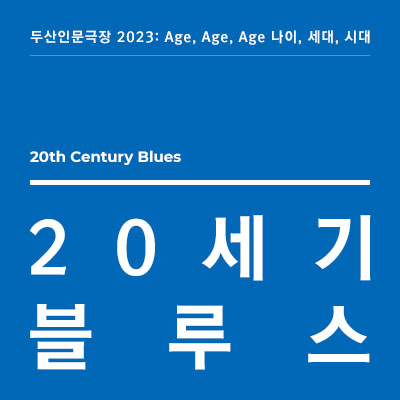 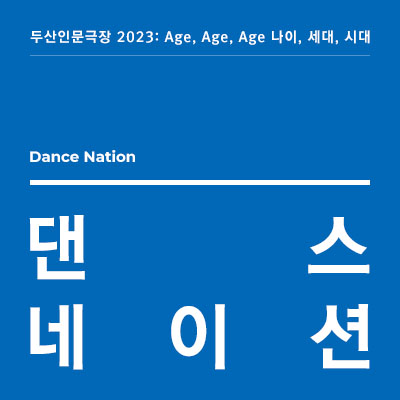