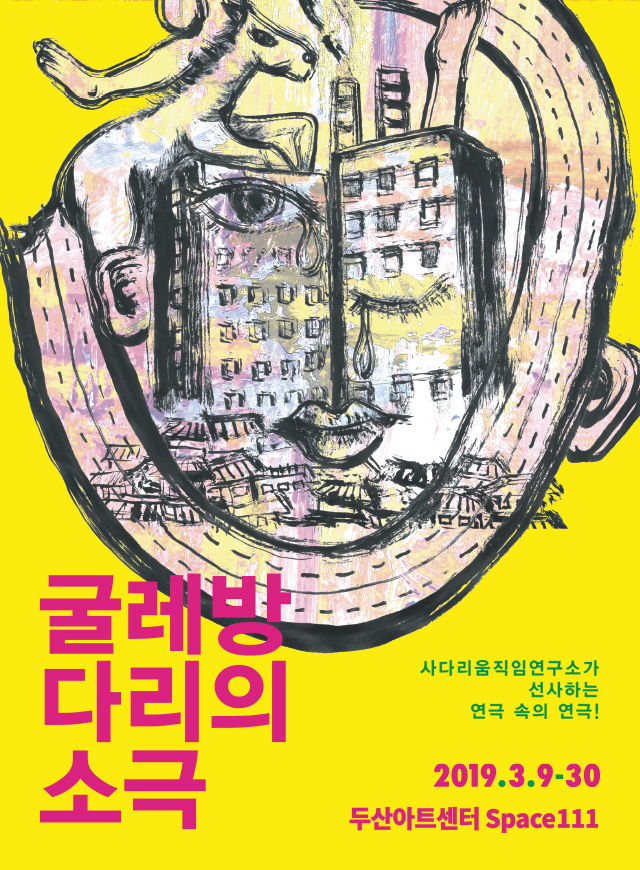 An adaptation of a play by the same name by the Irish playwright Enda Walsh, The Walworth Farce was performed to celebrate the 20th anniversary of The Sadari Movement Laboratory. In Yanbian, a region in China bordering North Korea, a man murders his brother and the brother’s spouse in front of his mother’s corpse while arguing over their inheritance. The man smuggles himself along with his two sons into South Korea, and begins living in a shabby basement apartment near the Gulaebang Bridge in Ahyeon-dong, Seoul. The father fails to acclimate to the heartless atmosphere of Seoul and lives in seclusion from the world, keeping his two sons imprisoned in the house. Later, he spends his daily life with his sons as he tells them a euphemistic version of the murder in Yanbian, covering up any incriminating details. Everyday, they each play a part and reenact the incident, which eventually evolves into a farce. The way the characters believe and see only what they wish to believe sheds light on the workings of modern society.