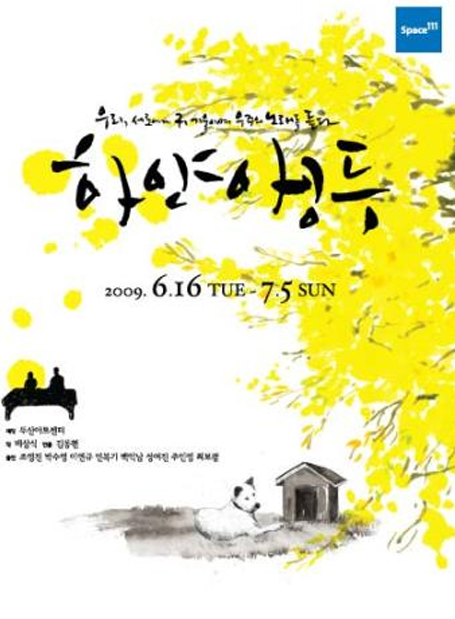 Thisis an original play written by Bae Sam-sik who won Dong-A Theater Award for BestPlay in 2007 and directed by Kim Dong-hyun, recipient of a Korea Theater Awardsfor Best Direction in 2008. White Cherryis a discussion of life as a prototype and the circularity of time, against thebackdrop of geology and horticulture, and presented a new possibility in Koreanplaywriting by broadening the boundary of Science Drama. The playwright’s deep introspectionand the director’s skillful direction stand out.