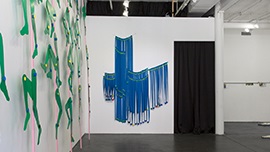 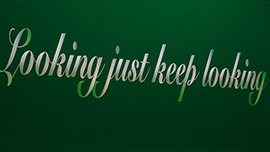 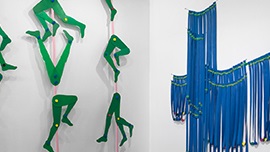 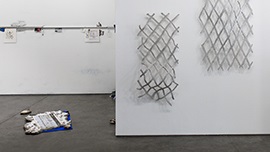 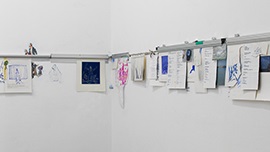 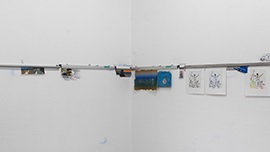 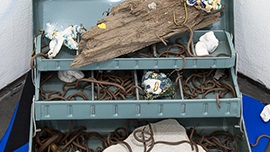 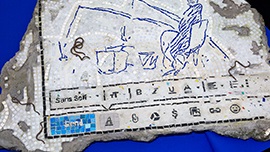 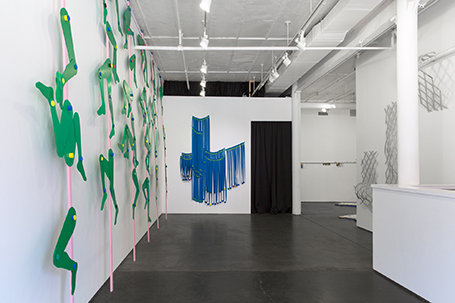 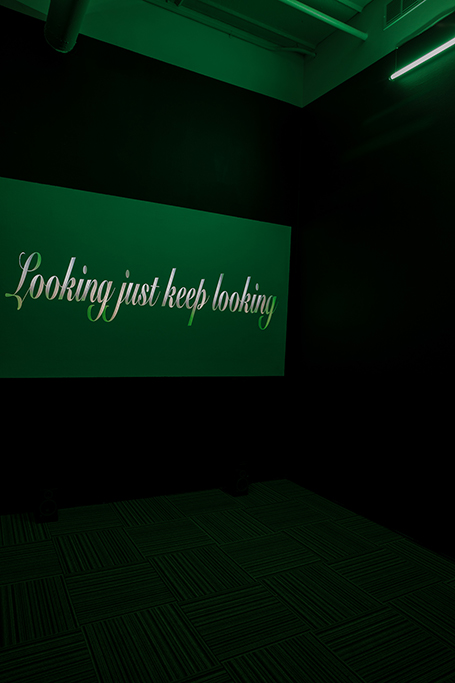 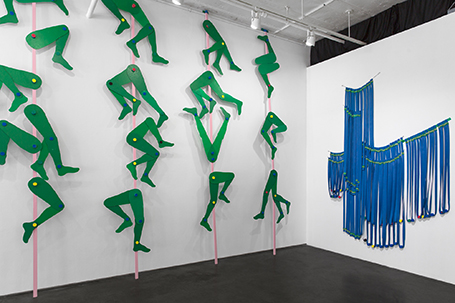 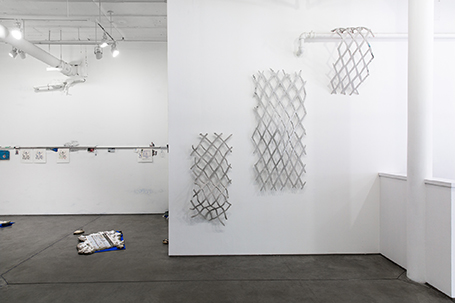 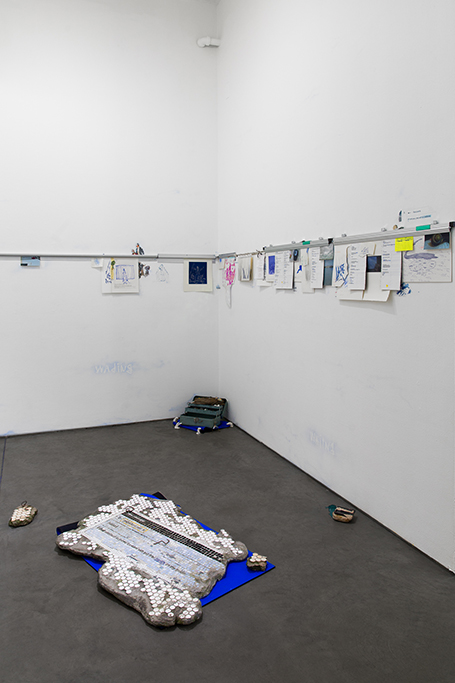 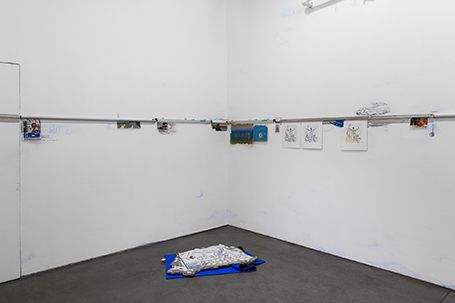 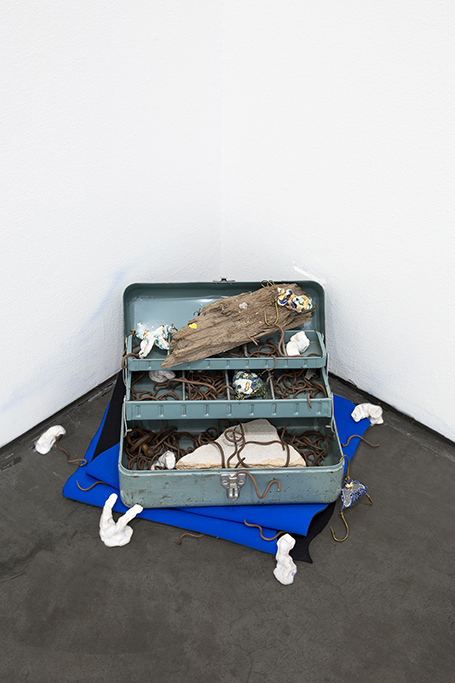 Although He May Seem a Humble Man, So Splendid Will His Words Be 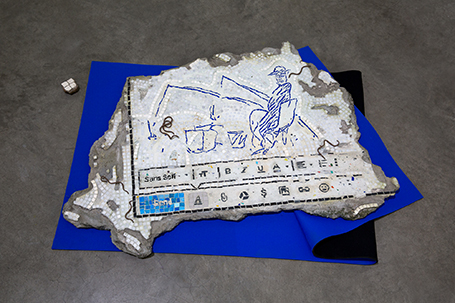 The title of the exhibition Contemplation is based on Franz Kafka’s collection of short stories, where each short story comes together to form one totality. As such, while each of the three artists seeks completion in their work, the content of their work has an ‘incomplete’ character or nature about them, and it is through the grouping of the works and their relationship to each other that we hope to achieve and realize something whole.

Junsung Kim’s work forgoes the standard narrative structure of films, which consist of introduction, turn of narrative, then conclusion, and rather works with lateral, multi-layered content. His piece in the exhibition titled 12-CR-1522 takes a documentary style approach on the 2012 Colorado movie theater shooting incident. Then he produces a musical, using dramatic and autobiographical elements in the work. Kim creates a video that does not seem to have a beginning or an end, then he tries to create an environment that reflects the actual trial and the movie theater.

Aatchim creates a visual form of writing, borrowed from the literary diction in Essayism by crafting ‘coincidences.’ Her installation, which is a part of her Dear무(无) 질(?) project, parallelizes a scene depicting a man preparing to go fishing from Robert Musil’s Fishermen on the Baltic with a scene of an artist-created character writing a novel. Avoiding a linear narrative thread, the artist is rather attentive to the details of the anecdotes and compares her use of metaphor to a process of publication such as draft, proof, and illustration. Through her illustrated lecture performance with dubbing and ventriloquism, Aatchim recounts the relationship between the artist and her work, provoking queries about authorship, disembodiment, and the sincerity of the voice.

Cheon Pyo Lee’s work delves into the anxiety, rebelliousness, and resistance prevalent in our contemporary society through absurdity yet playful adaptation. Through a diversity and variety of objects, his work reveals the marginalized within our culture? exploring stories of refugees and immigrants that he has encountered through time abroad during his residencies and his local surroundings.

Junsung Kim (b. 1987) received his B.F.A. in Fine Arts from School of Visual Arts and is currently enrolled in both M.F.A. Visual Arts from Columbia University and M.F.A. from Bard College. He participated in a group exhibition at Essex Flowers (2014, New York, NY, U.S.A.).