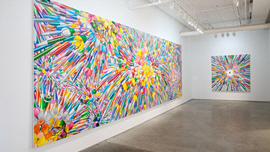 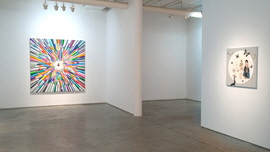 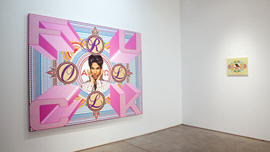 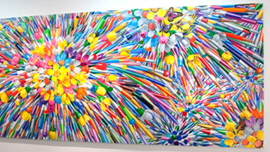 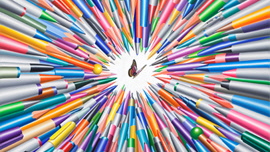 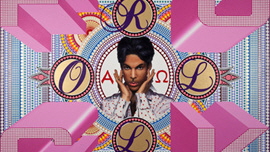 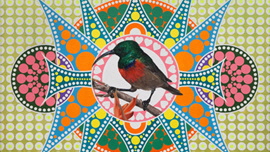 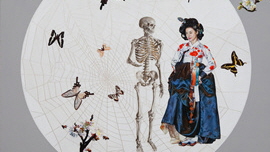 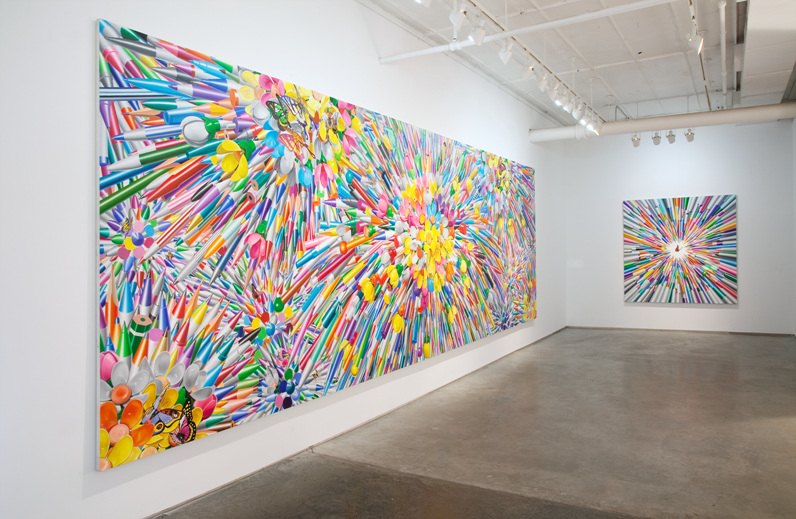 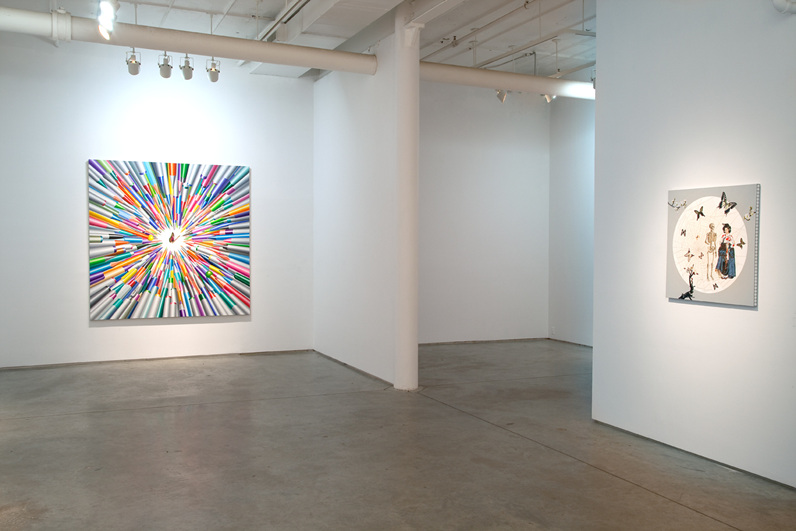 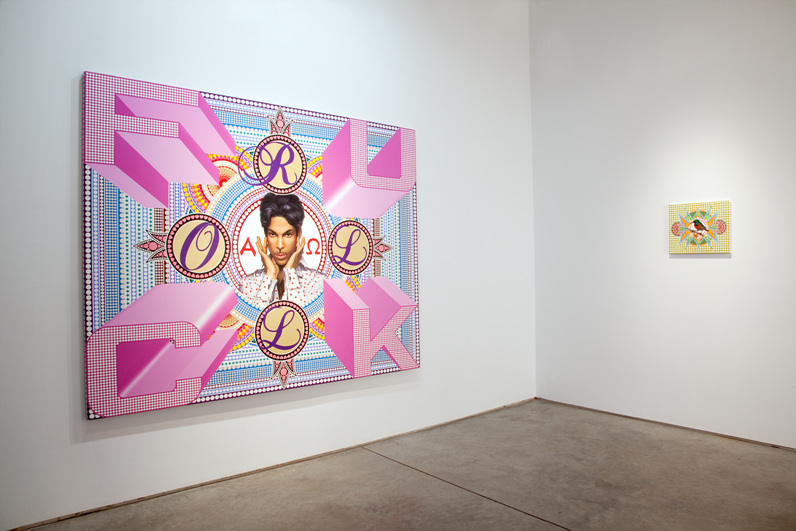 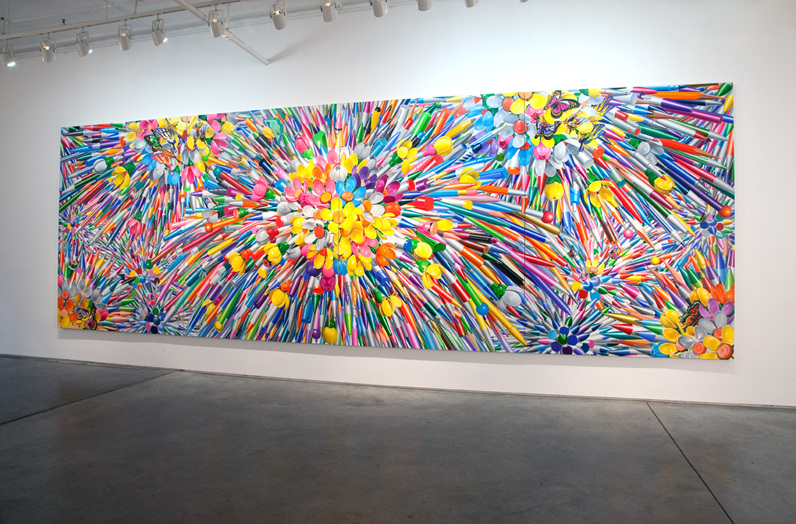 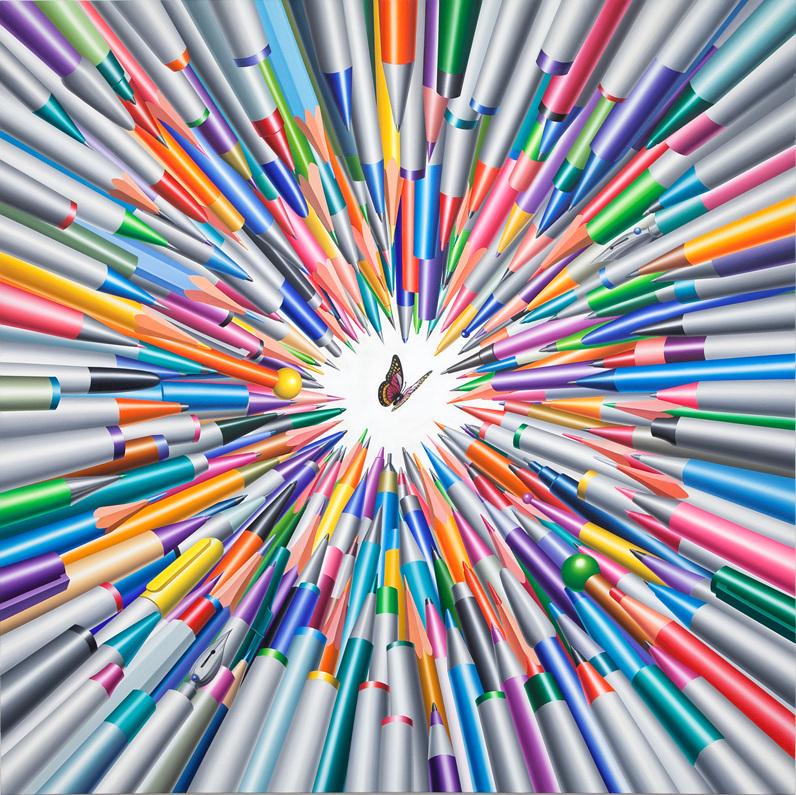 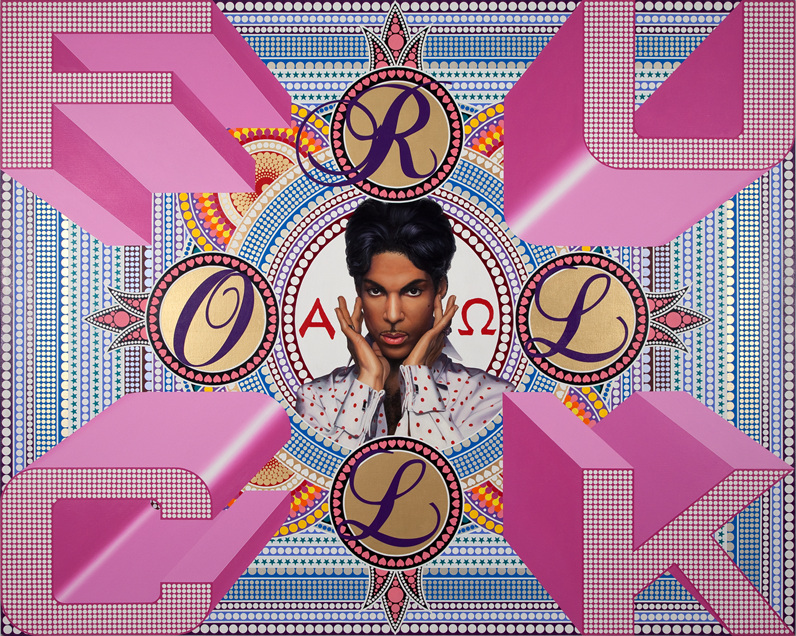 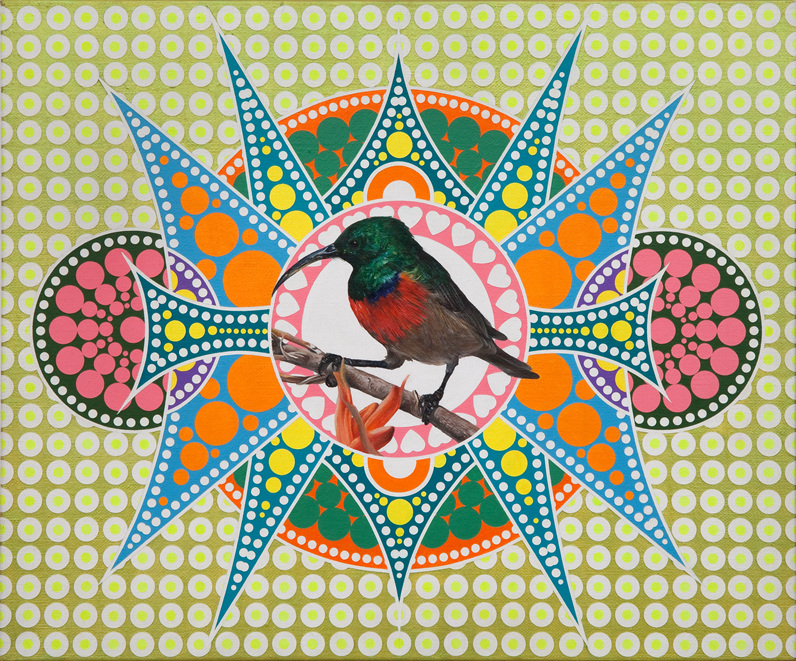 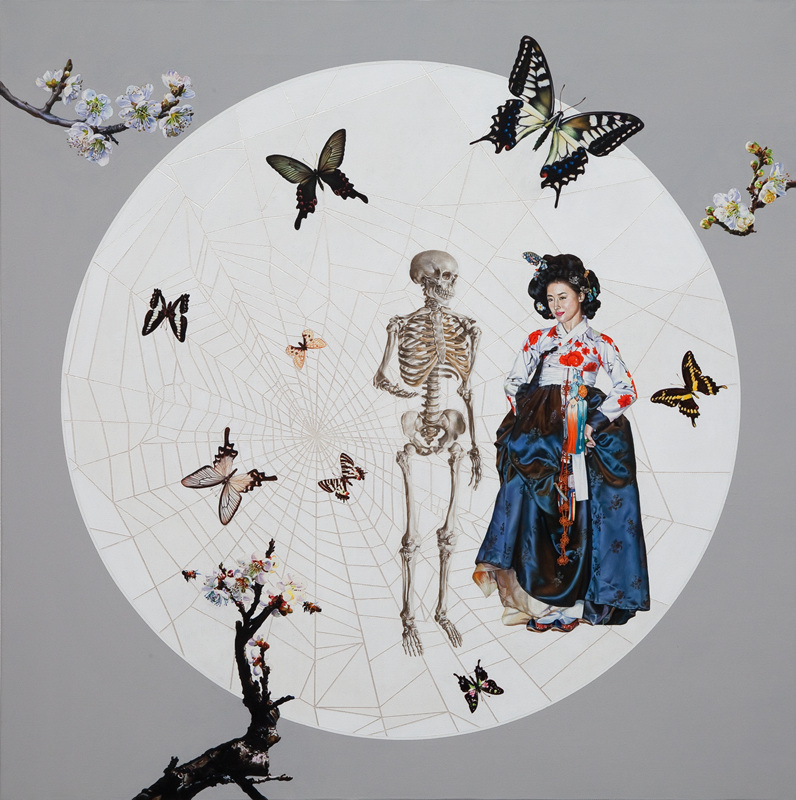 Hong established his career in Asia as a painter of obsessive visual expression, filling spaces with ordinary objects, such as pens, pencils, and books. He has developed a series of works on this theme, including Library, Funkestra, and Pen. In the current exhibition, he presents two large-scale oil paintings from his Pen series, in which he uses bundle of pens and pencils packed closely together laid out in fantastic colorful fantasy settings. Hong began this particular work titled Pen3 in 2000, and he has been working on it on and off for a decade. This is the first time this piece is being shown in public.

In Hong’s painting, floral composition spreads out like the spokes of a wheel. With great attention to balance, everyday objects join together to create a systematic organism. These objects are exaggerated and complemented with vivid colors that make them unfamiliar and intimidating in a large setting. They seem to be empowered coming to life on their own¾ almost like real flowers to lure butterflies. The central point of Pen3 is a group of flower-shaped pens that generates from within part of another flower. A multitude of pens and pencils streams out from circular, stamen-like shapes, as though individual pens themselves were appearing as groups of flowers in bouquets. In some places in the painting, pens converge, naturally building an extreme tension that never seems to let up. Every pen or pencil receives the same amount of attention from Hong; he has not neglected a single one. His repetitive, patterned paintings provide the viewer with an almost suffocating optical illusion, which might make the viewer overlook the focal point. This dense structure in his work without negative space is what as Hong calls “the extreme expression of compulsion from reality.” No traditional perspective applies here, and viewers might not find any breathing space in his paintings at first. However, when you stand in front of one of his paintings for a long time, it can give you a hallucinatory effect that provides, strangely, a space beyond the painting, where there might have first appeared to be none.