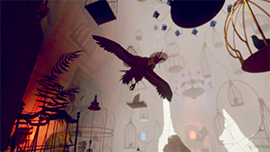 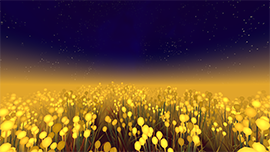 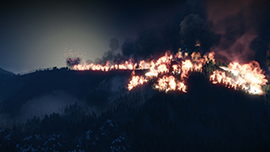 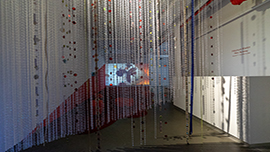 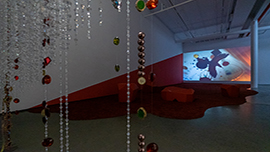 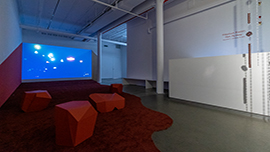 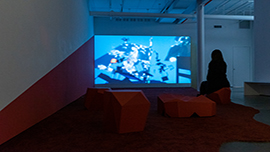 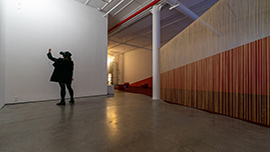 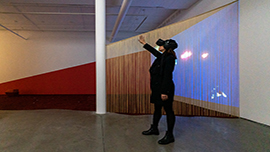 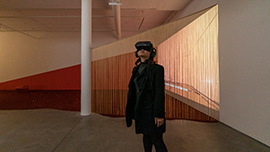 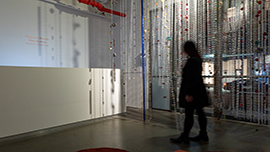 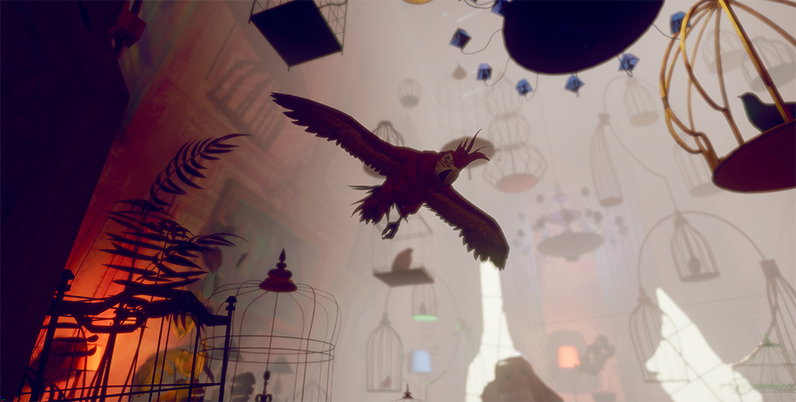 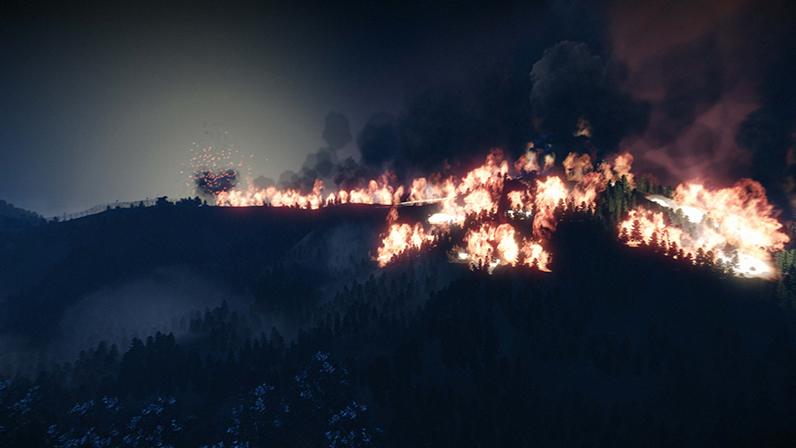 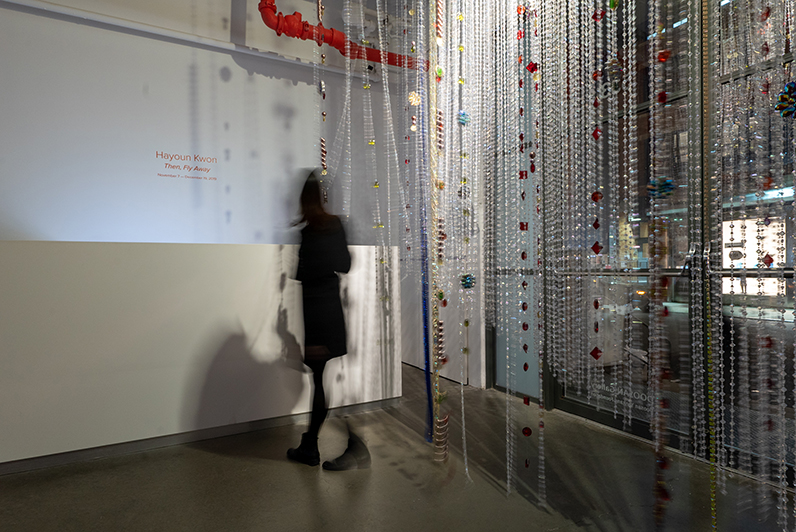 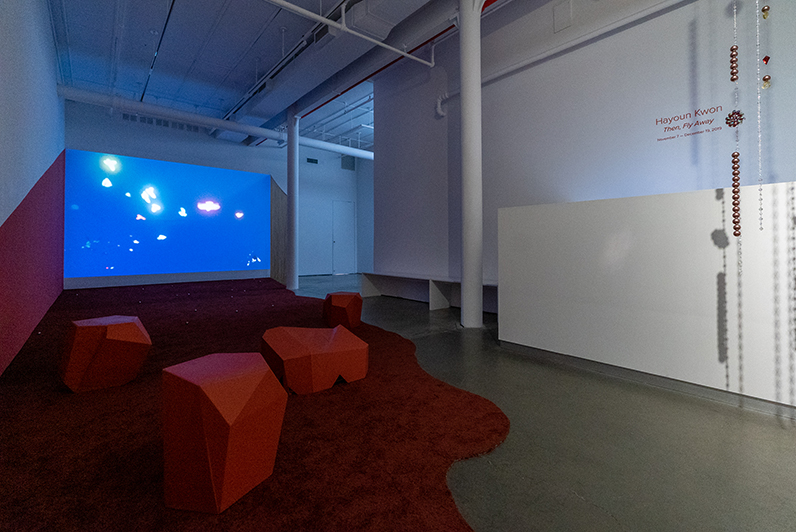 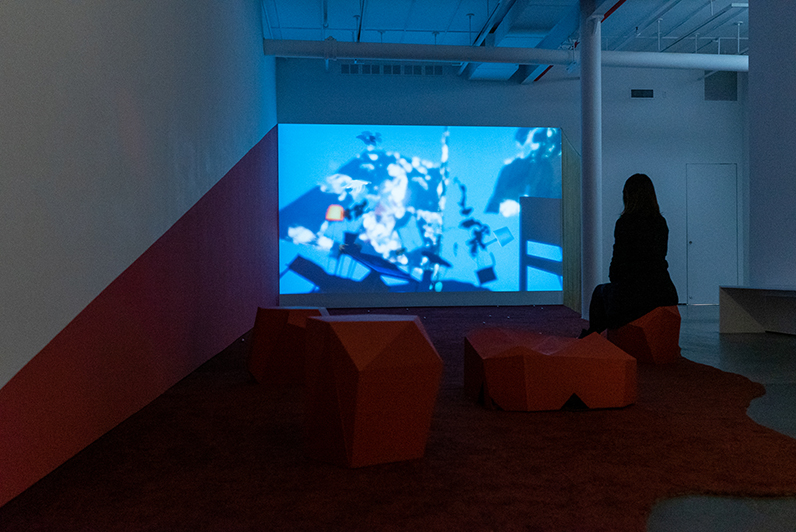 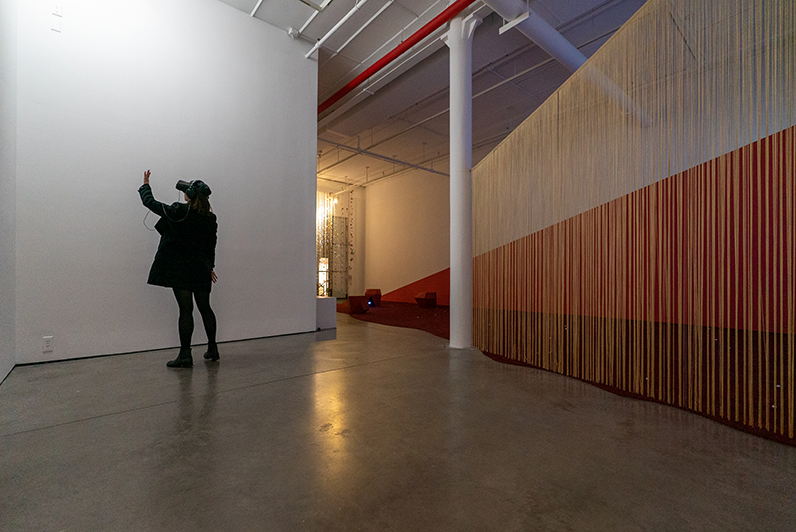 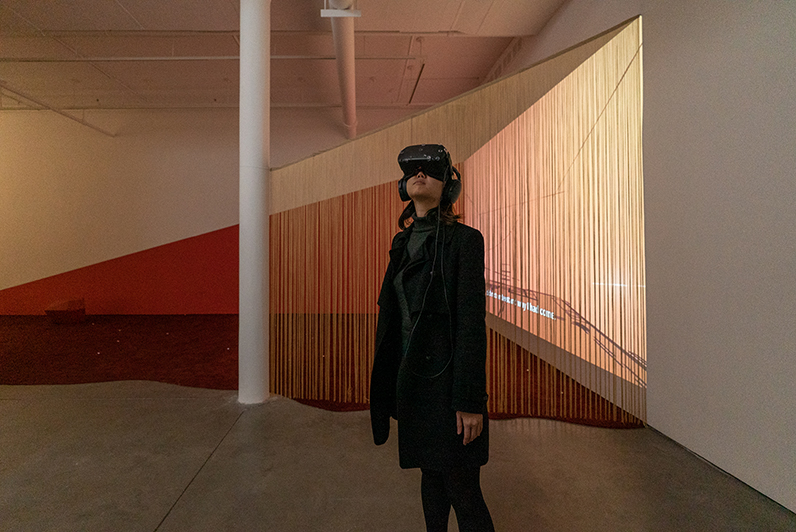 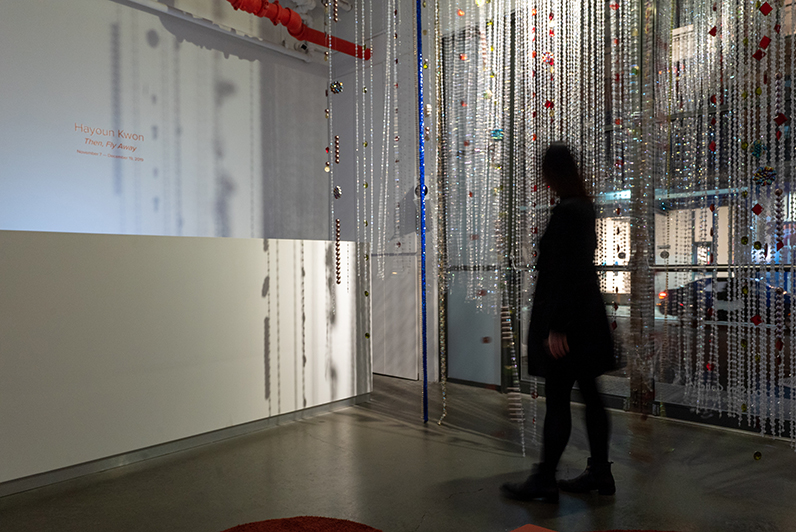 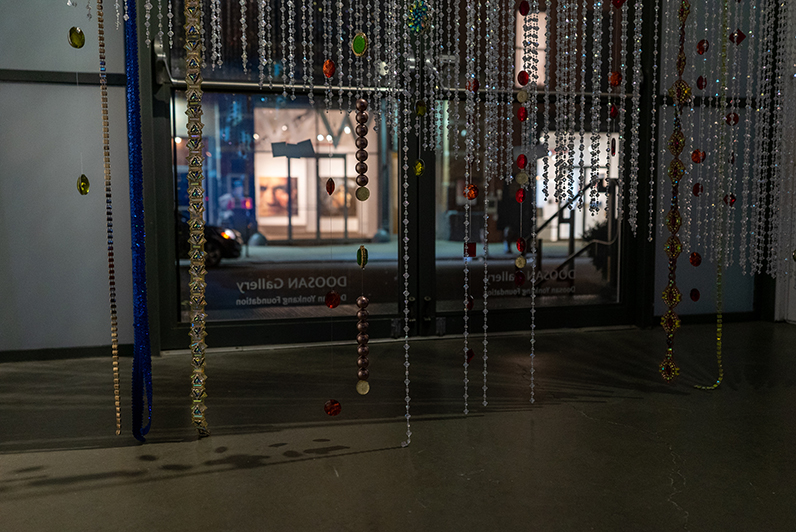 DOOSAN Gallery New York is pleased to present Hayoun Kwon’s solo exhibition, Then, Fly Away, from November 7th to December 19th. Kwon, who is the 2017 recipient of the 8th DOOSAN Artist Award, lives and works between France and South Korea. The artist has exhibited and received awards at numerous venues and institutions including: the Ars Electronica Festival (2018) in Austria; Doc Fortnight (2017) at the Museum of Modern Art in New York, U.S.A.; the 62nd International Short Film Festival Oberhausen (2016) in Germany; and Palais de Tokyo (2015) in France. Kwon, whose new media-based work has taken on several forms including 3D animation, documentaries, Virtual Reality (VR) projects and installations, has consistently addressed geopolitical questions surrounding borders and territoriality, migration, immigration and the construction of historical and individual memories. The Bird Lady (2019) and the artist’s newest work, Peach Garden (2019), will be presented at DOOSAN Gallery New York, and 489 Years (2015-2016), a VR piece, will also be presented at DOOSAN Residency New York over the first two weeks of the exhibition.

The Bird Lady, which was originally presented as a VR piece during Kwon’s solo exhibition at DOOSAN Gallery Seoul, is screened as a film throughout this exhibition. This piece recreates a story that was told to Kwon by Daniel Nadaud – Kwon’s drawing teacher during her time as a student in France. Faced with the task of drawing up a plan of an old building in Paris, the young Nadaud encounters an unexpected space: a bird-filled room that so greatly enchants him that he comes to forget the reason he had visited. The sound of flapping wings moves Nadaud into a realm of memory; and as he begins narrating, the viewer is led into a transcendent, fairy tale-like space rendered through 3D animation. Inspired by early Joseon dynasty painter An Gyeon’s Dream Journey to the Peach Blossom Land 1) (1447), Kwon’s newest work, Peach Garden, exists as a thematic extension of The Bird Lady. In discussing the process of creating The Bird Lady using VR, Kwon explains her fascination with the movement of walking figures and her desire to virtually build the cinematic experience of roaming a fantastical, imagined environment. Presented in five separate VR areas in the gallery space, Peach Garden invites viewers to visually and aurally experience the piece’s metaphysical spacetime.

489 Years, which remains on view for two weeks at DOOSAN Residency New York from November 7th to 23rd, is the outcome of Kwon’s first venture into Virtual Reality. The work’s title, 489 Years, refers to the time required to remove all of the landmines that are planted in the border between North and South Korea. Narrated by a border patrol agent who recounts his experience of the DMZ, the work weaves the viewer in and out of multiple dimensions located at the cusp of reality and fantasy. Through Then, Fly Away, Kwon underscores the fallacious and ever-changing nature of memory as it relates to both the individual and collective lived experience; and encourages viewers to examine the frontiers of objective truth and fictional interpretation.