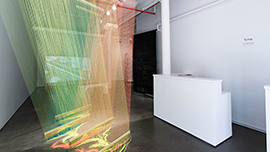 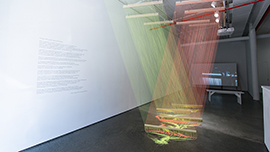 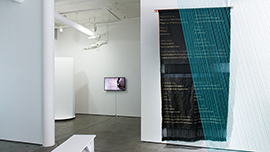 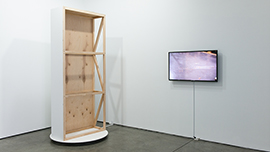 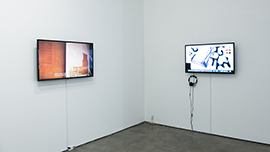 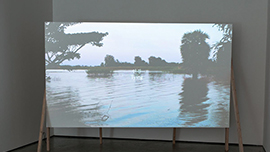 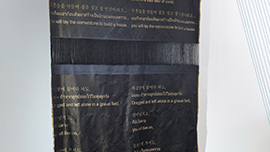 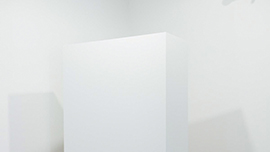 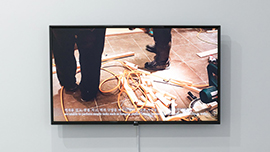 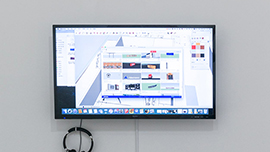 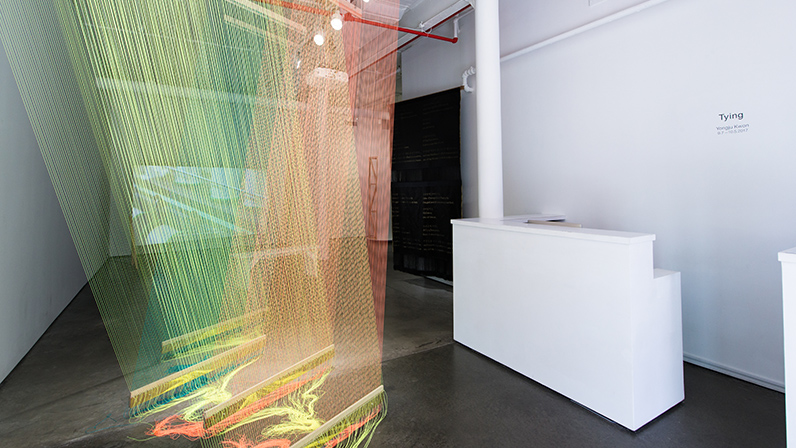 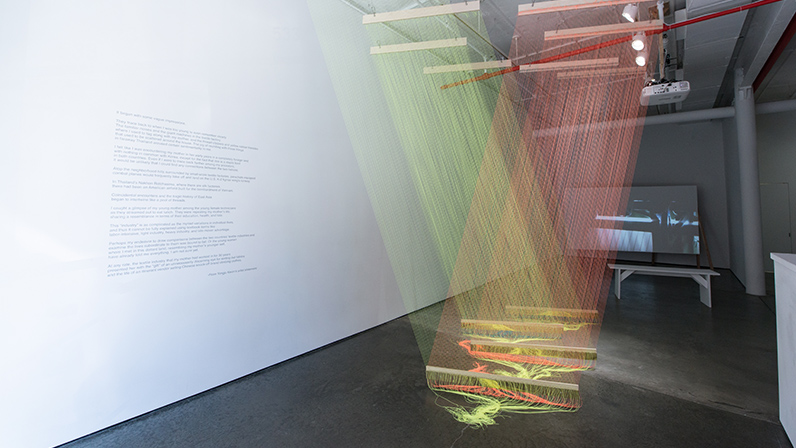 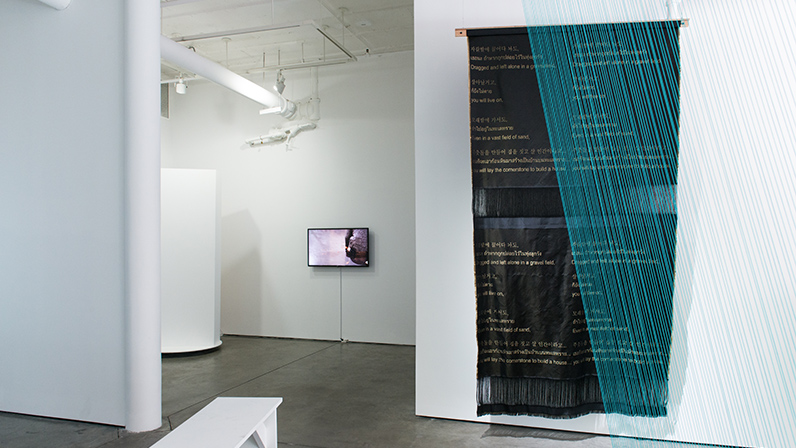 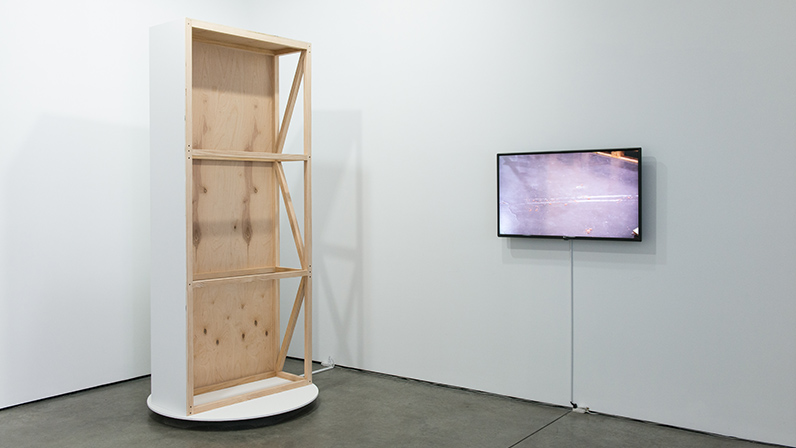 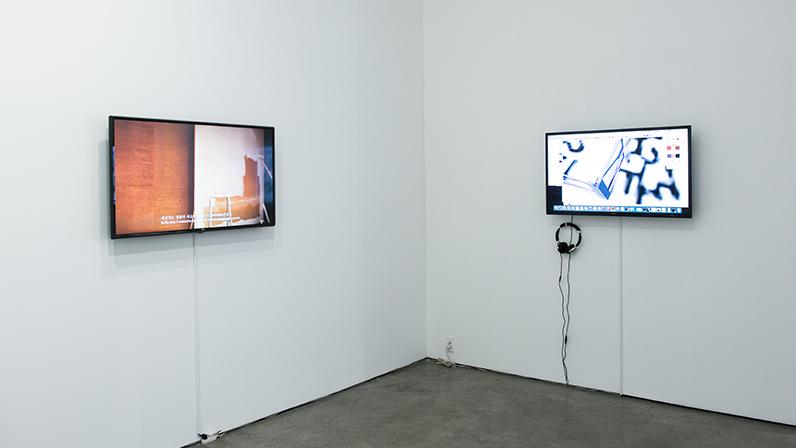 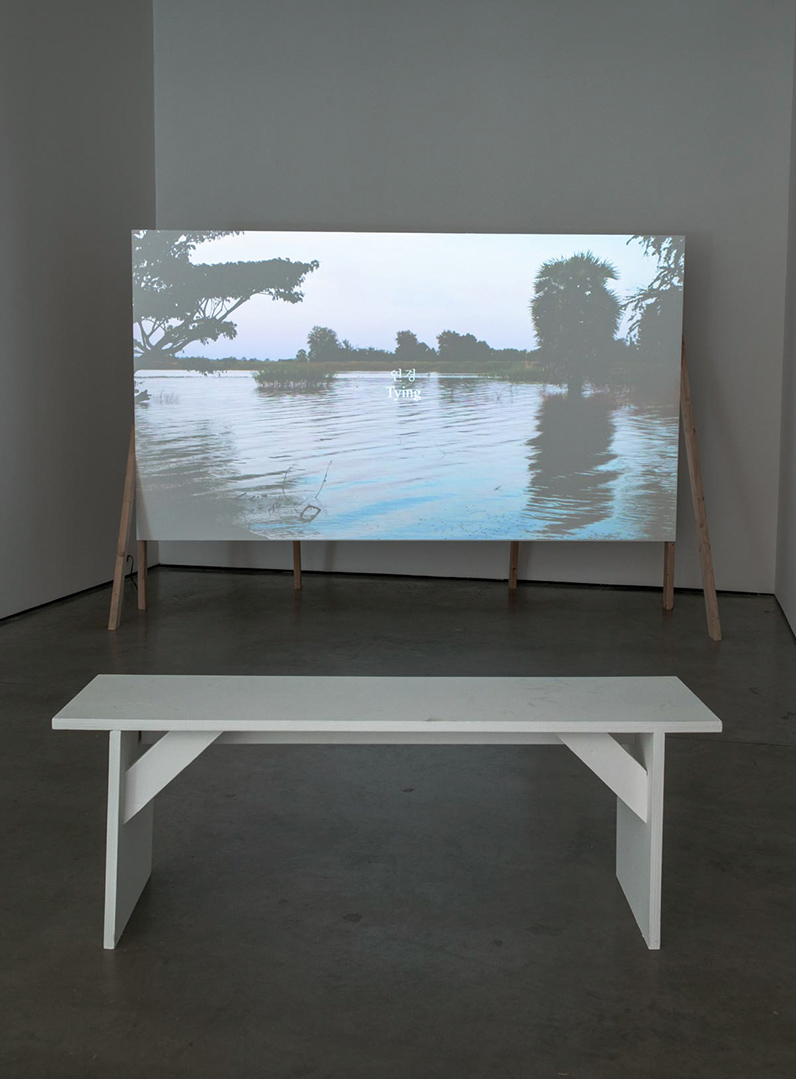 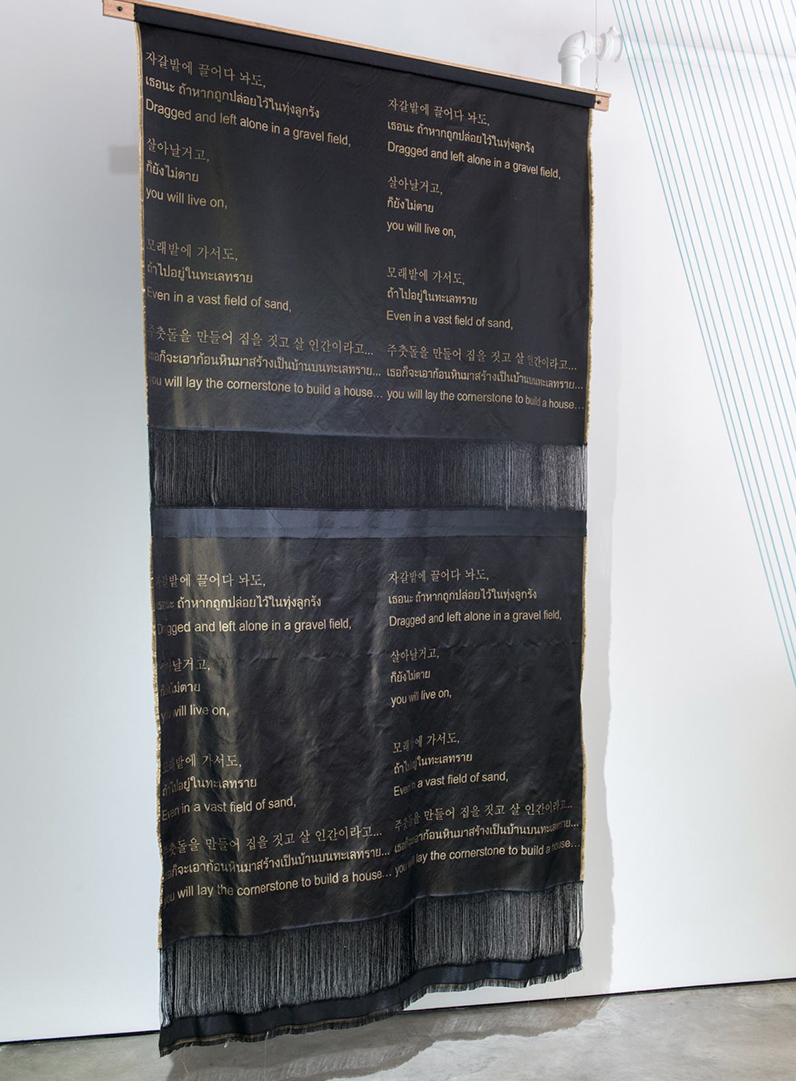 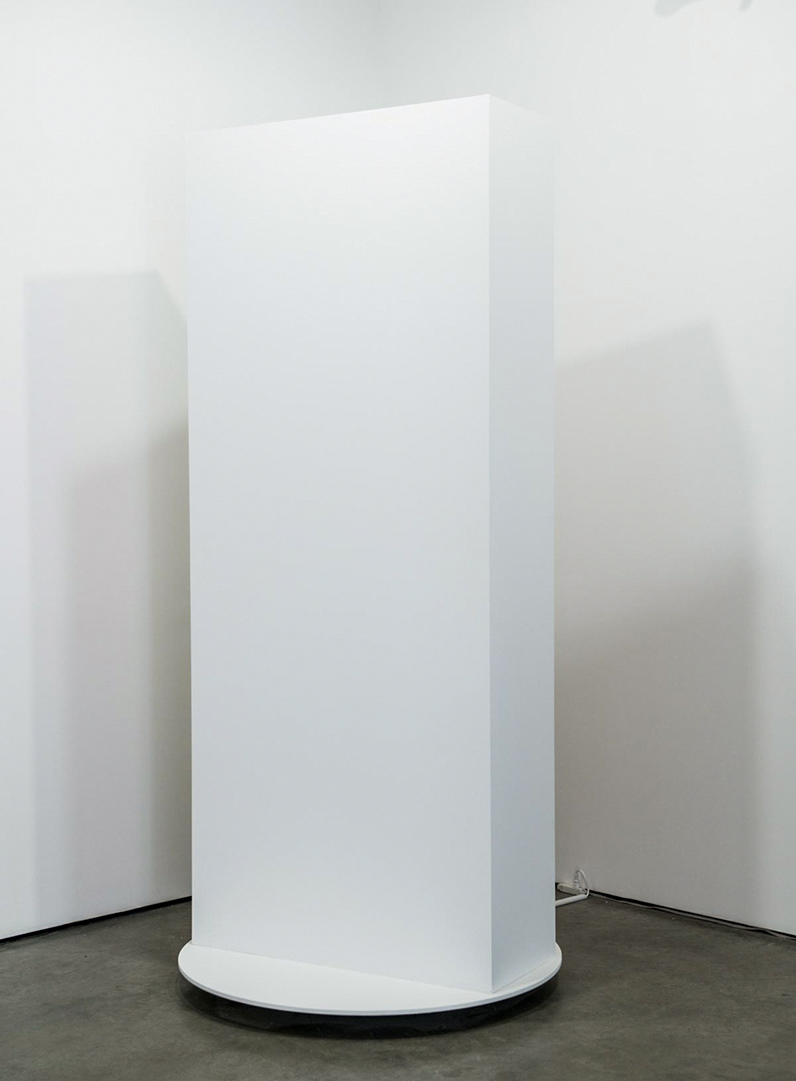 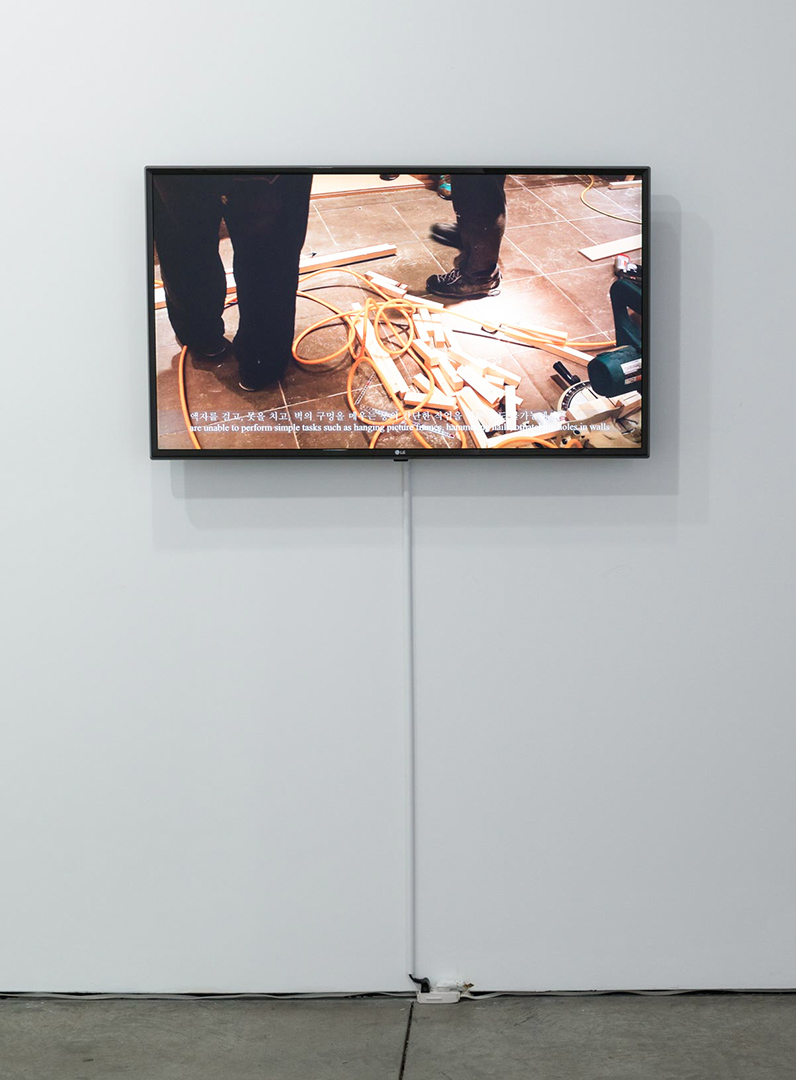 As boring as possible

Yongju Kwon has been contemplating and studying the idea of survival through observing the moving routes of discarded objects as well as looking at the lives of blue-collar workers. In 2013, Kwon participated in an art project hosted by Jim Thompson, a textile mill in Thailand, and was able to research the cross cultural similarities among individuals working within specialized industries. In addition, by using his side job (one in which he needs in order to maintain his livelihood) as the content for his artistic practice, Kwon questions the value of the labor of an artist. Through this exhibition, the artist continues his exploration of revealing the various layers within the sentiments behind labor.

This exhibition centers around Kwon’s magnum opus Tying (2014-2016) and will also comprise of Multi-Use Wall (2014), as well as his new piece As Boring As Possible (2017). Tying consists of a video component along with a woven silk piece and a dyed thread installation. The 28-minute video footage includes the interview audio of the artist’s mother, who had worked at a Korean textile factory for over thirty years, and a factory worker from Jim Thompson. Differing from the 2014 version where the work was shown in three channels, the artist takes the content from both interviews along with the repetitive movement of the factory's machines and interchanges them within a single channel frame.

"Whether you are dragged to live on a gravel or sand field, you would be able to lay the cornerstone, build a house, and survive," Kwon's mother says of herself in the interview. These words that characterize someone with an iron strong will are shown in the video, embroidered in gold on a piece of silk by a jacquard loom. The jacquard silk piece from the video is presented in the exhibition space with the dyed thread installation that mirrors a portion of the textile mill.

Multi-Use Wall (2014) contemplates Kwon's own identity as an artist as well as a worker. While the artist displays video work that depicts his production process in the gallery, in the ending credit of the video, he reveals his production company "buup" (which means side job or day job in Korean) and includes its contact information, thereby breaking down the boundary between fine art and commercial advertisement.

Shown adjacent to Multi-Use Wall is As boring as Possible (2017). As Boring as Possible juxtaposes physical labor of constructing a wall alongside the intellectual labor of an exhibition specialist. The artist shows the process of exhibition design in a time-lapse form on a computer screen. Within this footage includes the artist's interior design process of projects he had overseen, such as Extraordinary Phenomenon, Nam June Paik Art Center; Forum A’s GwangJu Biennial reconstruction project; NANJI 10 YEARS: SeMA NANJI RESIDENCY Archive Exhibition, Seoul Museum of Art; and, the CR Collective space for Project Acts.