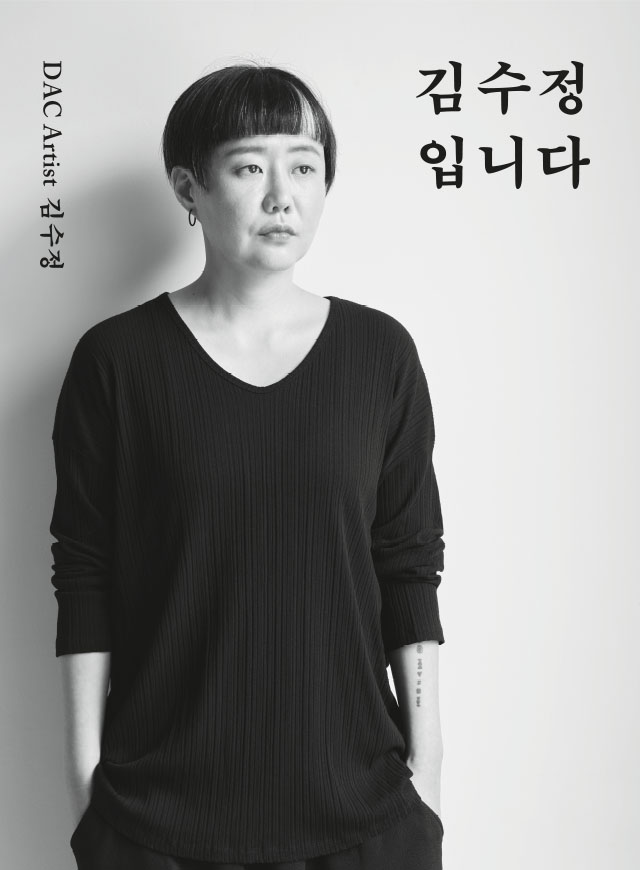 Recently, Sujung Kim has started to ask herself why she is creating plays. Her new work I Am Kim Sujung deviates from social discourses as she has previously engaged in with her practice, and takes a deep exploration into herself. “Kim Sujung” confronts herself and her diverse identities as the oldest child of her family, an artist and woman, and draws out stories from such selves. This work is also about the countless individuals in the society who strive to succeed and not fall behind. I Am Kim Sujung is story that’s both completely personal as well as perfectly universal.

DAC Artist, Sujung Kim has been shedding light on the various subjects that are considered uncomfortable and taboo in the society—such as issues of gender inequality, the disabled and human rights, and individual vs.collective—with the New Universe Theatre Company since 2015. Her work The Blue Nation won the 54th Dong-A Theater Award for New Concept Play and the 42nd Seoul Theater Festival Award for Best Play and Best Director for The Shape of Our Days.