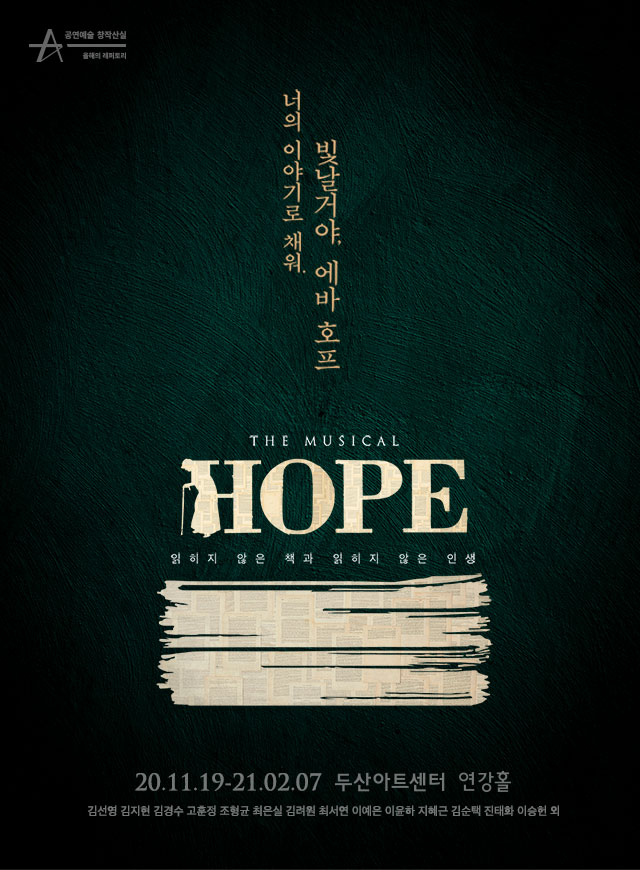 HOPE: THE UNREAD BOOK AND LIFE

HOPE is inspired by the true story of the lawsuit over the ownership of Franz Kafka’s posthumous work. Bert admires the talent of his friend Joseph. Despite the latter’s urging to burn his manuscript upon his death, Bert holds dearly onto his friend’s writings. One day, World War II breaks out and Joseph’s manuscripts are passed onto Bert’s lover Marie and her daughter Hope. Although hardly anyone read Joseph’s works during his lifetime, Joseph posthumously becomes renowned as one of the great writers of contemporary literature. Later, the National Library of Israel requests Hope to return Joseph’s manuscripts, beginning 30 years of trials over the ownership of the materials. The musical closely portrays the life of Hope, who safeguarded the manuscripts from the age of 8 to 78. HOPE garnered much praise for its solid story and level of completion during its premiere.