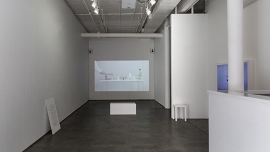 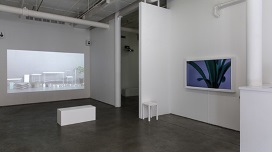 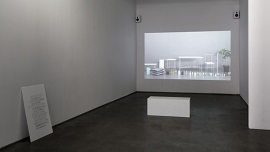 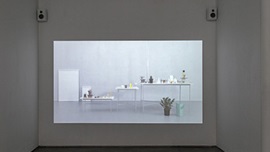 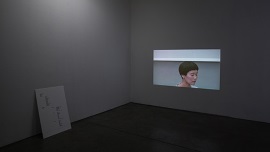 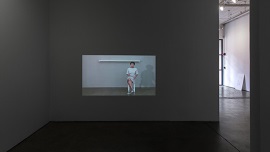 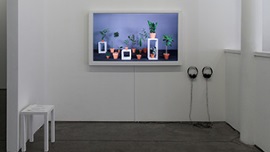 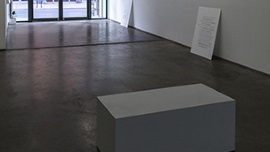 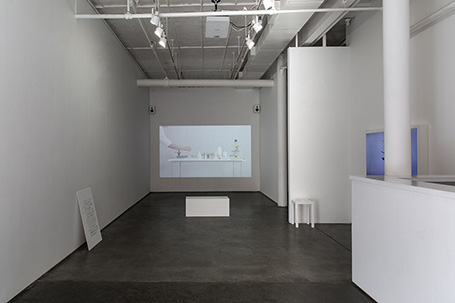 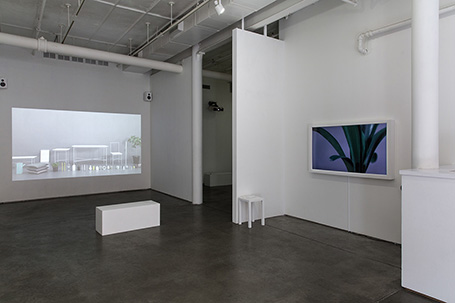 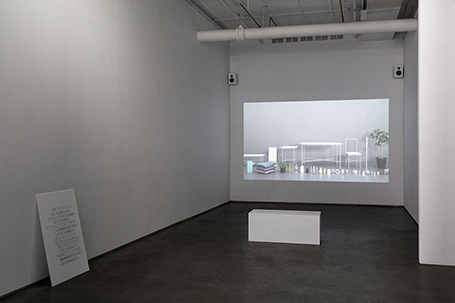 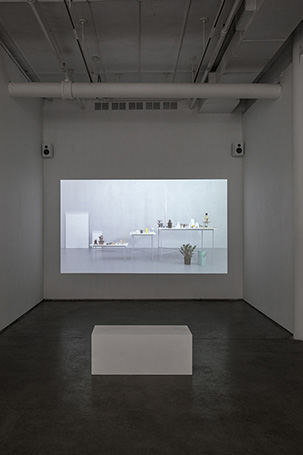 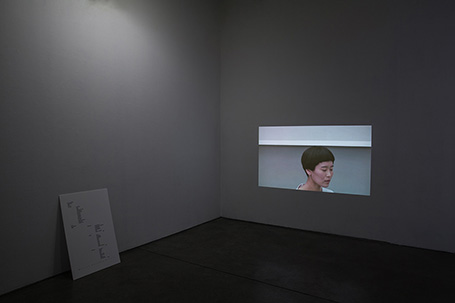 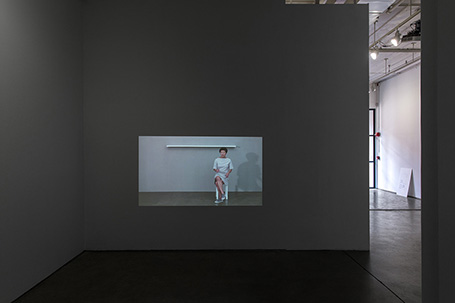 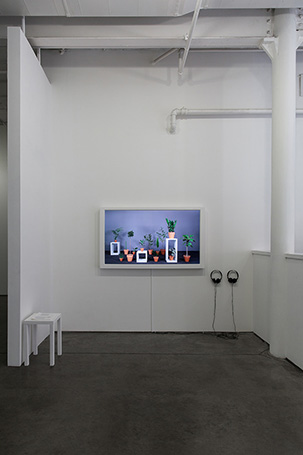 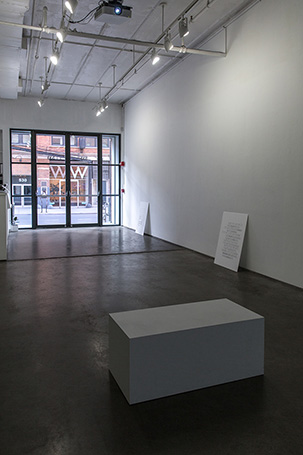 DOOSAN Gallery New York is pleased to announce Notations, a solo exhibition of Min Oh, one of the recipients of the 6th Doosan Yonkang Artist Award, from March 2 through April 6, 2017.

Having majored in Piano and Graphic Design, music and design are the most natural and familiar languages to Oh. In both disciplines, there is an inherent quality of logic, control, and restraint. By focusing on those aspects, she examines and studies the sensation of tension.

Min Oh has been borrowing and applying the structure of Western tonal music and performance to her video work and continuing with these formal experiments. And within these experiments, she has been concentrating on the mutability of the score, which intermediates the relationship between the author and performer. The score serves as the foundation for the work as it records the creator's process. The score also acts as a guide for the completed work. It moves and traces back through the creative process, thereby turning over the order between the resulting artwork and its making.

A Sit (2015) depicts the process of "marking," the portion of a rehearsal where a performer practices without doing all the detailed movements. A Sit (2015) changes the order between the rehearsal and the final performance. While in the performer's mind she practices the actual choreography including the steps, movement, breathing, etc, as she would in an actual performance albeit in a seated position, those who are looking at her are only able to imagine the development of the performance through these limited movements.

ABA Video (2016), where Min Oh uses the first movement of Rachmaninoff's Piano Sonata No.2 as the basis, she applies the interpretation of the music into her video. ABA series is rooted from the sonata form, ‘Exposition(A)-Development(B)-Recapitulation(A’)’, it implicates when section (A) begins to introduce the subject with the original key and move onto another (B) and then return to the original key. This repetition and return of tone has a close relationship with a sense of security, in the way that repetition makes the next step predictable, and the return implies that it already knows where it will be returning.

In this exhibition, the artist explores her recurring themes of tension and stability, movement and stillness, and control and release. Min Oh believes that all human beings create one's own rules in order to control and regulate tension that is inherent within them. The artist seeks to examine and observe these systems of regulation and creates "tools for control." Though it seems to be a futile endeavor, the artist seeks to manifest a kind of beauty within this process.

About DOOSAN Gallery and DOOSAN Residency in New York

DOOSAN Gallery New York and DOOSAN Residency New York are dedicated to discovery of and support for young and emerging Korean artists. Managed by DOOSAN YONKANG Foundation in Seoul, Korea, DOOSAN Gallery New York is Korea’s first non-profit organization to be officially recognized by the State of New York and the New York City Department of Education. The organization provides artists with resources, such as studio and exhibition space and housing in New York City. The organization’s mission is to serve as a gateway to significant exposure and opportunities for the artists by nurturing their creativity and helping them share their work with a broader audience.