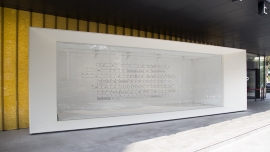 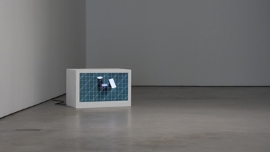 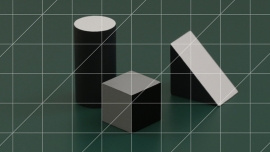 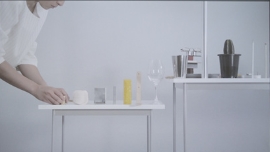 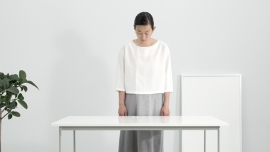 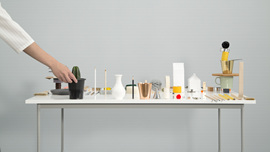 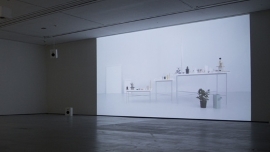 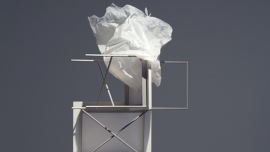 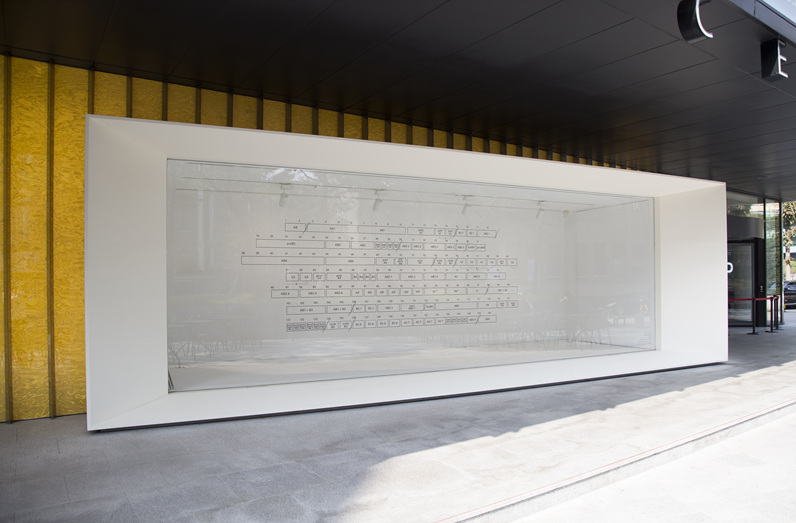 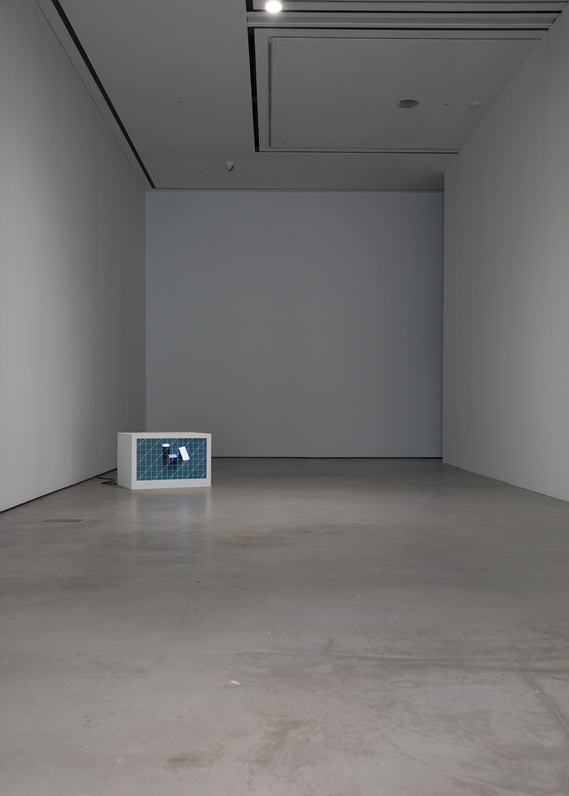 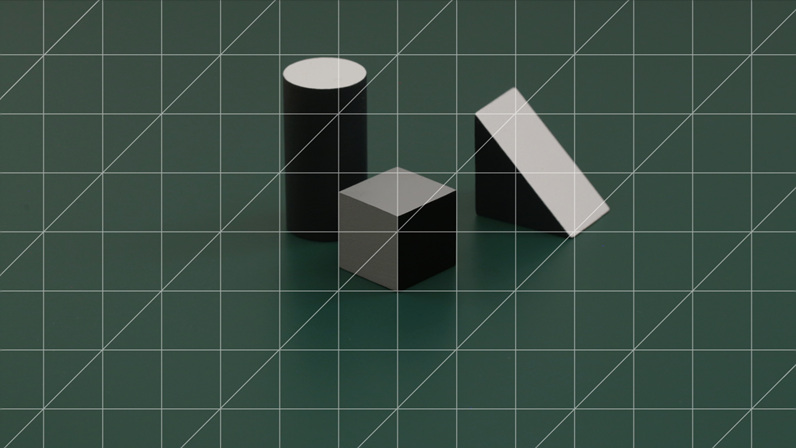 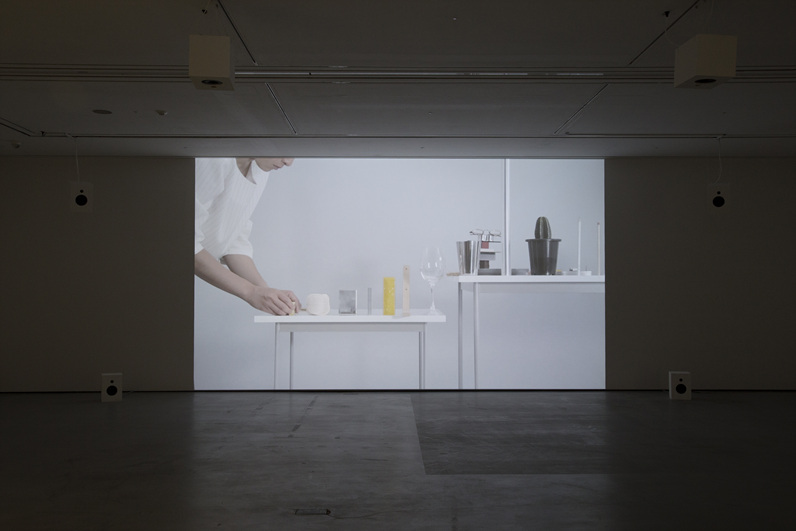 in collaboration with Akemi Nagao and sound artist Chosun Hong 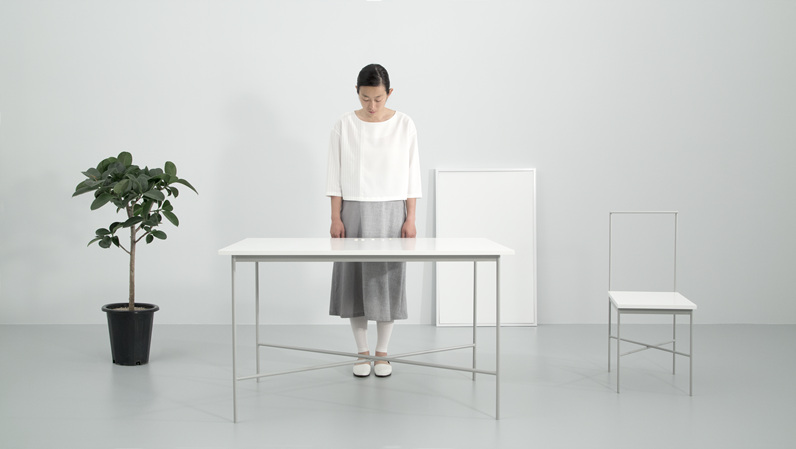 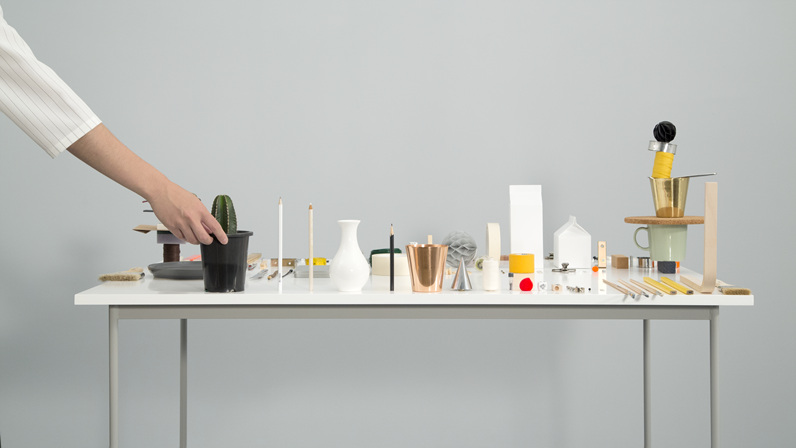 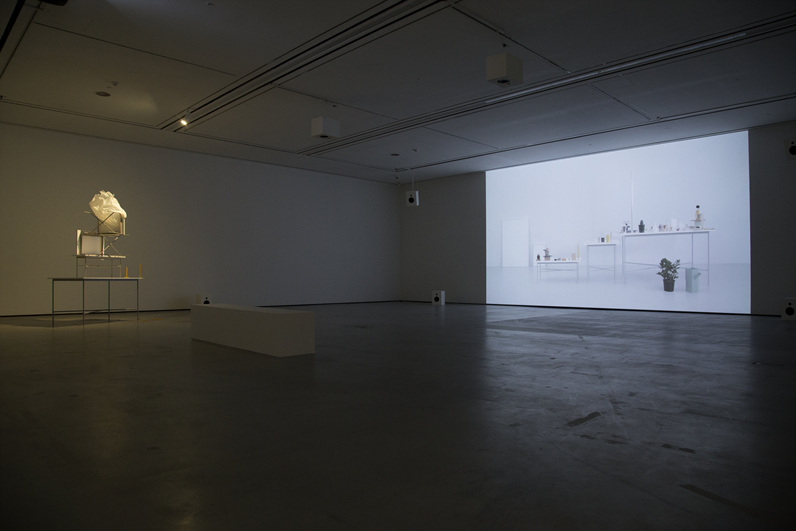 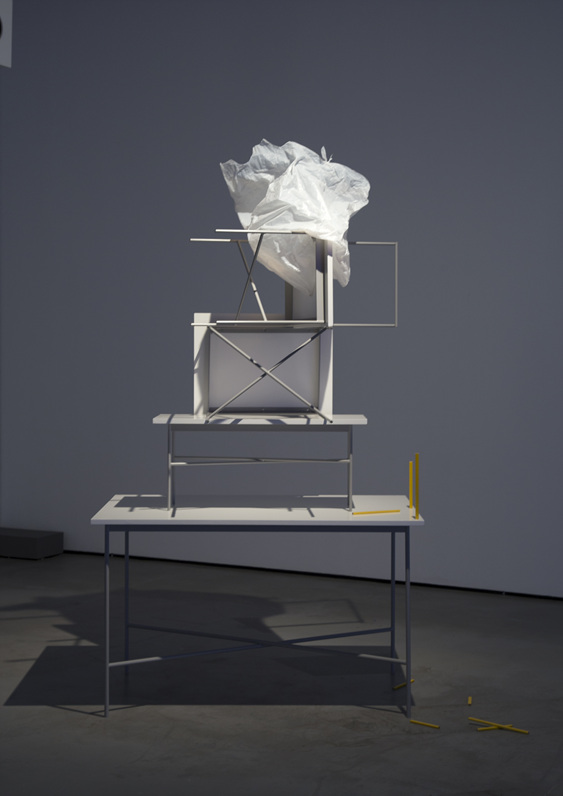 2016 two tables, a chair, a bench, eight pencils, and one object found in the neighborhood of the installation Dimension Variable

DOOSAN Gallery Seoul presents 1 2 3 4, a solo exhibition by Min Oh, the recipient of the 6th Doosan Artist Award, from Oct 19th to Nov 12th, 2016. Having majored in Piano and Graphic Design in her studies, Oh’s experimentations in various forms including video and performance explores the possibilities of transcribing the musical structure to other languages, and question what significance this has on real life.

Music and graphic design are the most natural and familiar languages to Oh. Through these two tools that construct and organize the structure of time and concept, the artist portrays the beauty of musical structure and form, and continuously strives to transform their limitations into another language. This exhibition at DOOSAN Gallery presents the ABA series - ABA Diagram, ABA Video Score, ABA Video, and ABA Performance - which is based on Rachmaninoff Piano Sonata No. 2, the first movement. Through this work, Oh tries to shed light on the sound-constructing structure which lies on the other side of the beauty of musical harmony.

The sonata form consisting of exposition (A), development (B), recapitulation (A’) is the subject of analysis for the ABA series, which the artist develops through subtle variations. The exhibition title 1 2 3 4 is a metaphoric allusion to the stage development of the four works in the series. The progression of the four stages is presented through works that demonstrate the artist’s experimentation on structure, which the audience meets in order when coming inside of the gallery from the outside. The first work of the exhibition the audience sees in the window vitrine outside of the gallery is ABA Diagram, which is the artist’s analysis on Rachmaninoff Piano Sonata. This is a score which analyzes and visualizes the structure of the original music into the graphic symbol system. Located inside the gallery, the second work ABA Video Score is a sensorial interpretation of the analyzed structure. In ABA Video Score, the symbol system of ABA Diagram is converted into a single-channel video of 2 min 35 sec through the video language of form, color, sound and time. ABA Video, which is a 12 min 50 sec video taking the biggest space in the gallery, visually demonstrates the structure of music through concrete scenes of figures and objects of daily life. Lastly, the final work in the exhibition is ABA Performance, which was a live performance that took place in a set time and place. Focusing on the artist’s analysis and questions on the sonata structure, this work experimented with new reconstitutions within the existing structure. This exhibition also features some of the objects which appeared in the performance which actually took place before ABA Video.

While ABA series is taken from the sonata form of exposition-development-recapitulation, Oh brings this into the realm of everyday life, and continuously makes seemingly impossible attempts to observe and line up the structure within her own elaborate system and create rules in order to alleviate anxiety. But in reality, anxiety cannot be removed no matter how detailed and controlling the rules are because life is filled with unpredictability. What is predictable, however, is that beauty lies hidden in the repetition of the artist’s obsessively elaborate process of experimentations that are prone to failure.