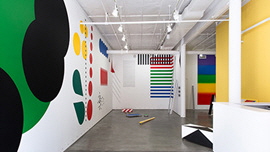 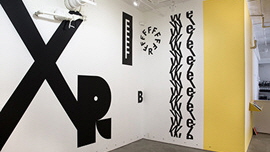 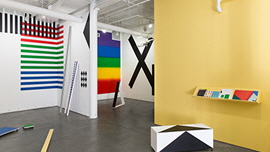 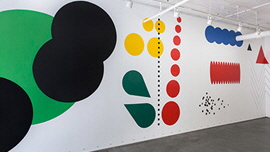 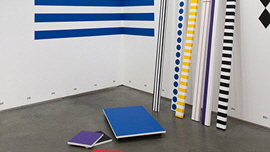 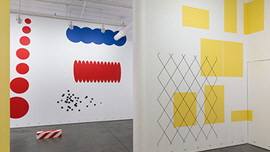 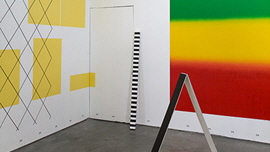 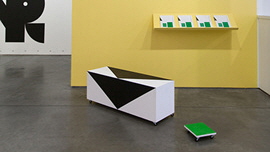 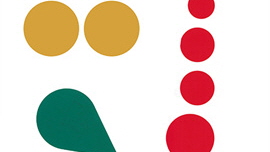 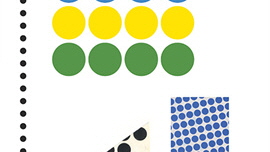 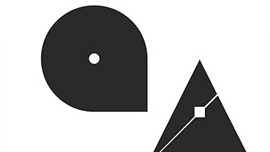 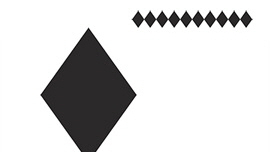 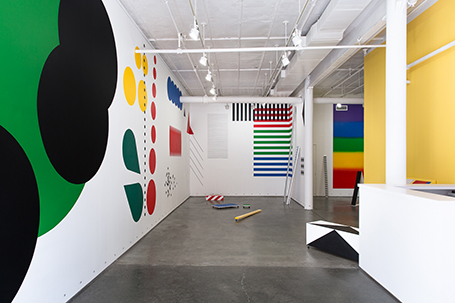 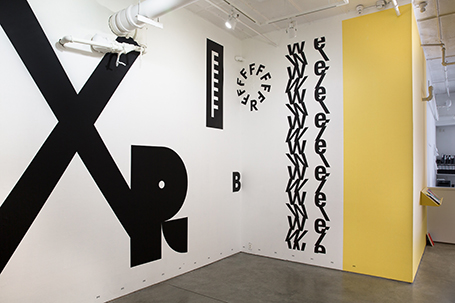 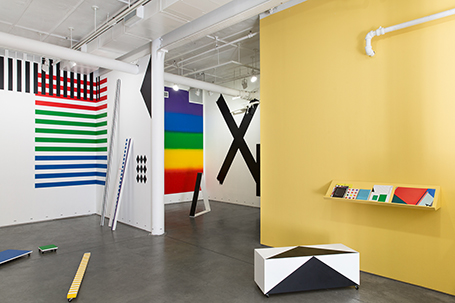 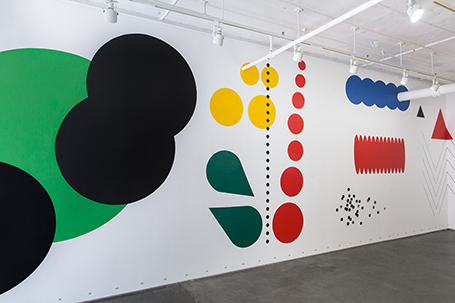 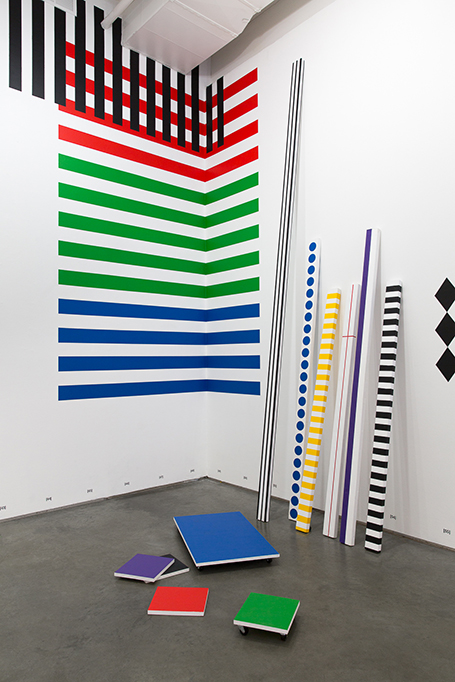 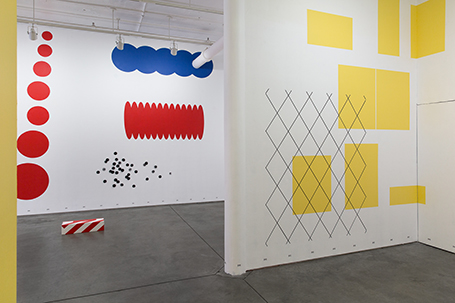 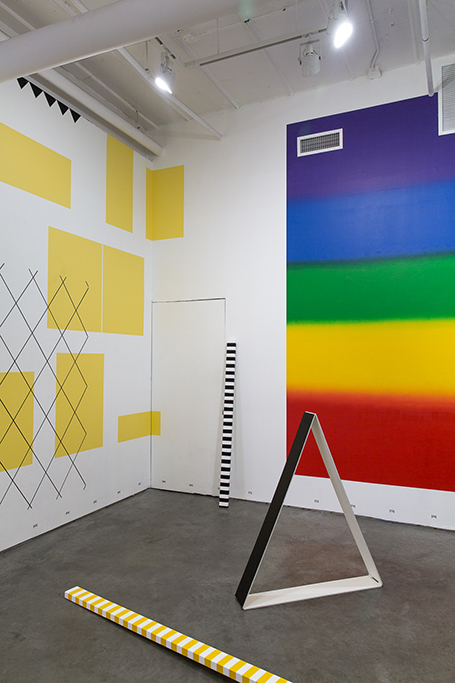 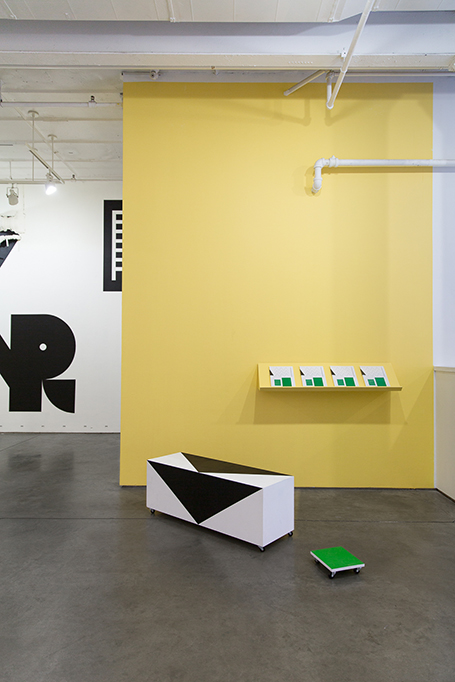 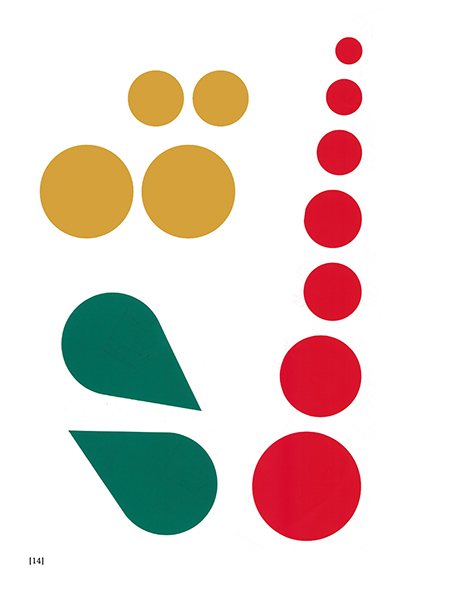 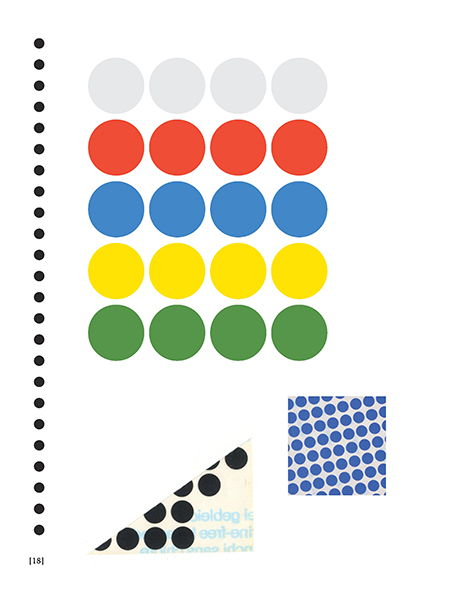 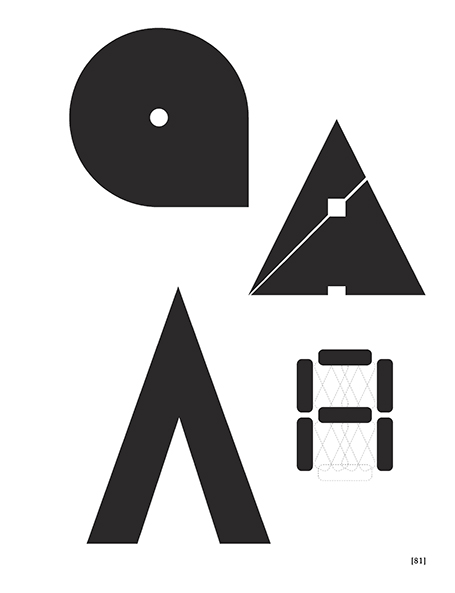 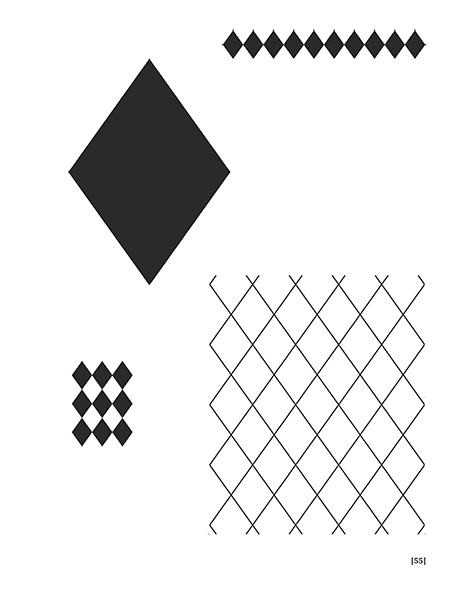 With a background in graphic design, Na Kim creates expansive work that freely traverses the boundary between fine art and design. By doing away with pre-existing rules and symbolic meanings, Kim studies the essential elements in form, rearranging it based on its geometric standards.

In "SET," Kim’s work from the past 10 years will be exhibited in one space, and a namesake catalogue will be shown as part of the exhibition. Regardless of production year, medium, commission, etc, the catalogue comprises of design and other works that are reordered according to the visual elements found in each work.

The production and editing of this catalogue is a collaborative effort with graphic designer Joris Kristis. As it is the first time Kim has handed over the designer role to another person, she intends to redefine the notion of the artist and the designer’s role.

Along those lines, the wall and floor space of the exhibition will be divided in a similar proportion as the catalogue’s design, then the works in the catalogue will be made into wall drawing, serving as the set for a performance that will coincide with the visual aspects of Kim’s work.

In this way, Kim’s work brings out the intrinsic distinctions between fine art and design, tearing down the boundaries of process and form. And by expanding into the realm of installation and performance, the artist shows the possibilities of a cohesive and unified body of work. It is these reconstituted and restructured heterogeneous elements that point towards and reveal new meaning and potential.