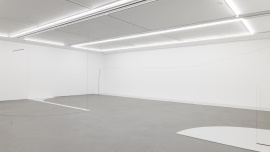 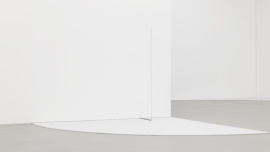 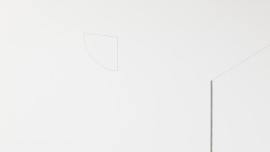 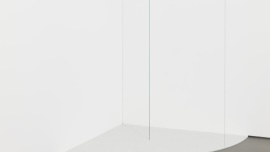 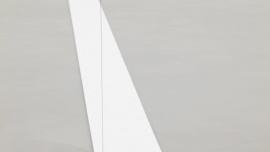 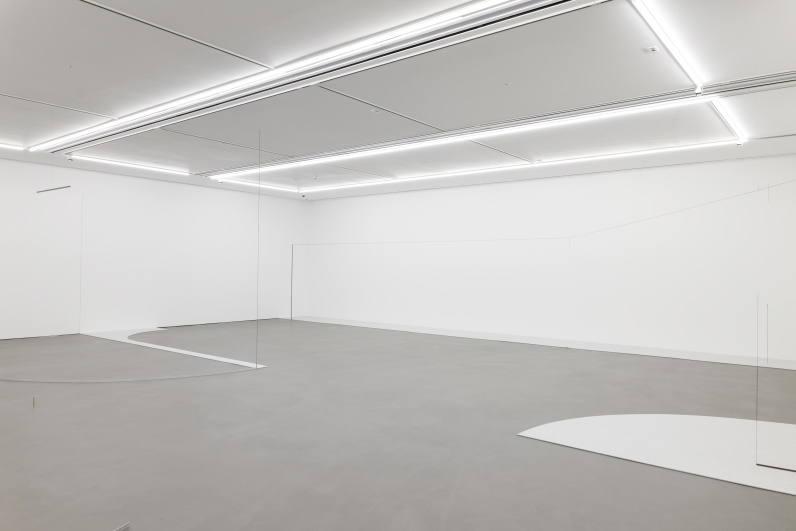 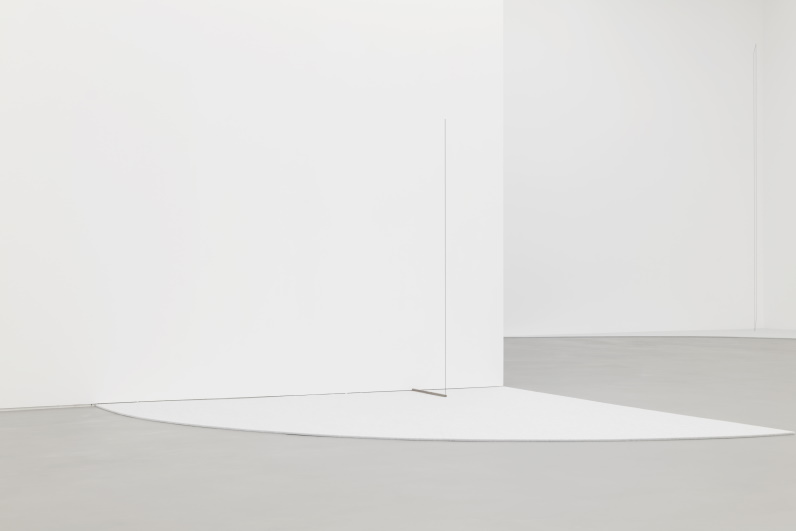 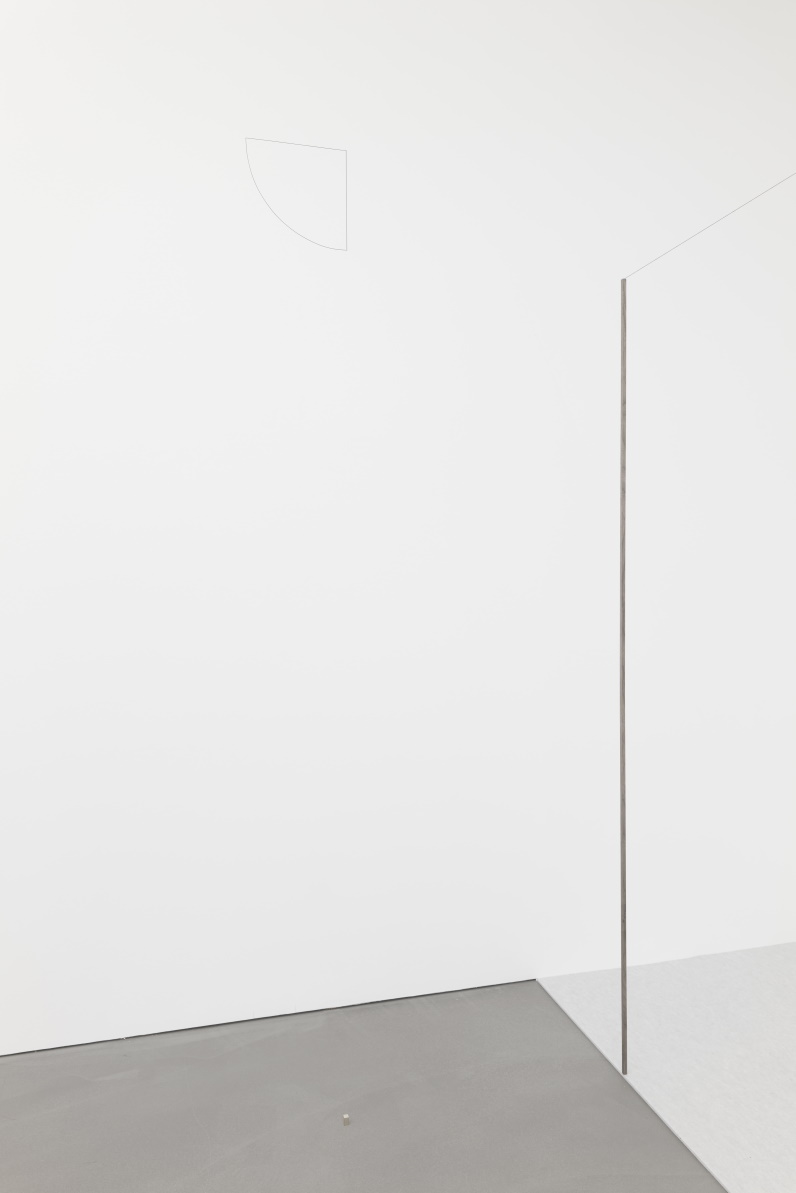 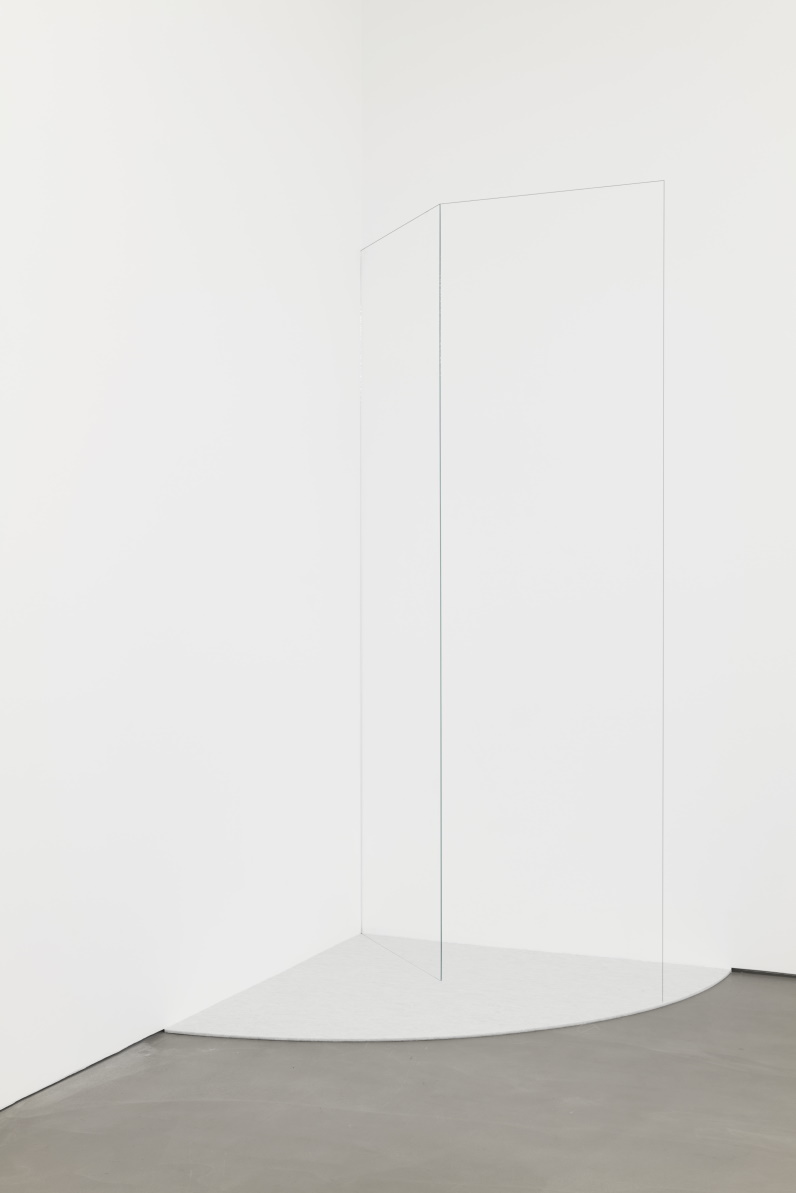 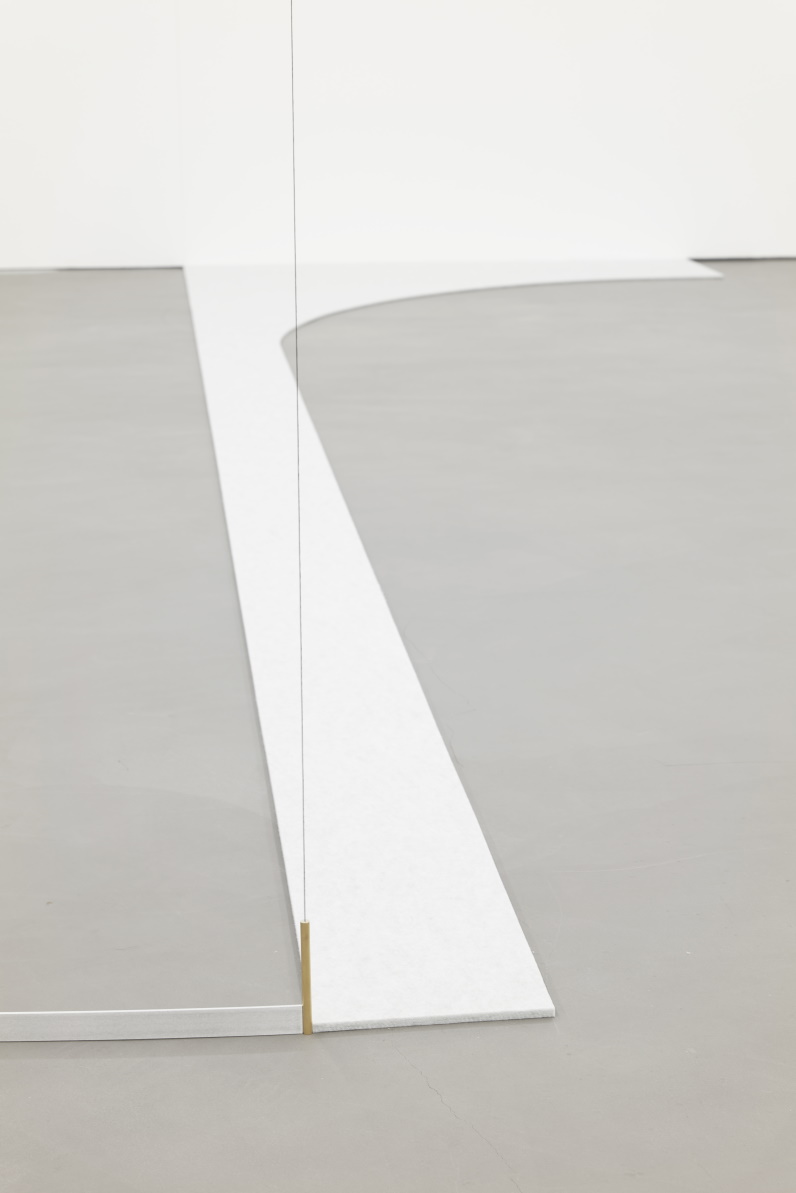 DOOSAN Gallery presents Jong Oh’s solo exhibition, A Pause on the Arc, on view from November 10 through December 18, 2021. Oh’s work has constantly utilized a minimum of materials and gestures that guide viewers to rediscover objects and the spaces surrounding them. In A Pause on the Arc, Oh’s oblique language of expression creates opportunities not only for the viewed object to be reconceptualized, but also for the “I” (the viewer) to come to recognize its own situated movements anew.

Oh takes nearly imperceptible materials such as thin string, fishing wire, barely weighted metal chains or rods, transparent acrylic panel, and faintly shimmering paints, and places them with minimal modifications within space by means of gravity and weight. Oh’s lines and planes sometimes derive from architectural elements of the exhibition space such as corners, windows, and pillars; at other times, they arise as responses to intangible but time-bound elements such as light, shadows, and fine fissures on the wall, or begin from spaces created by the sense of depth within a piece of paper folded and unfolded.

Oh’s work leads viewers to move their gaze and their bodies in a hushed manner, since the slightest vibration in the environment could upset the objects hanging and perching in a delicate balance could be upset at any moment, and any small shift in one’s gaze could make one lose sight of the points, lines, and planes that are so thin as to be nearly transparent. As the viewer fully concentrates the senses on following the drawings that Oh has crafted in midair, the work and the surrounding space comes across differently each time according to the direction of the gaze. Oh’s work deconstructs space while delineating it, and empties it while filling it, carving new paths within space for the viewers’ eyes and feet.

A Pause on the Arc is an installation that makes use of the entire exhibition space, in which the artist extends the scale and materiality of the thin and transparent spaces that he has presented in the past. It not only draws in the viewers’ gaze and movements, but also reconfigures their sense of relation with their own situatedness and the surface on which they stand. The barely visible fine lines and fragile objects, the painted surfaces that appear and disappear according to the angle of the gaze—these all lead the viewers to look closely and carefully. At the same time, the geometric lines and planes deriving from the steel plate cutting lengthwise across the exhibition floor, heavy-hanging weights, wide expanses of plush felt, and the glass structures set upon it stubbornly reveal the physical properties, weight, and size of the materials, giving viewers a sense of tension that makes them step back and observe from a distance.

The gently curving lines created from such variations on scale and materiality make it difficult to discern any beginning or end, and extend the spatial reach of the viewers’ imagination beyond the exhibition space. Therefore, any effort to comprehend the size of this space can be converted into an experience in which the viewers recognize themselves as being positioned upon it, walking or pausing. Moving around and between the lines that Jong Oh has drawn serves as a reminder to us that we are walking, sometimes pausing, upon a great arc whose beginning or end is unfathomable.