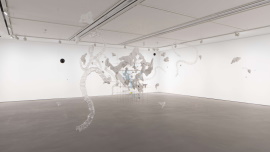 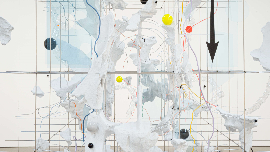 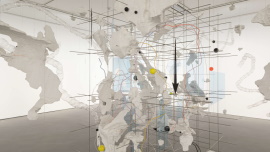 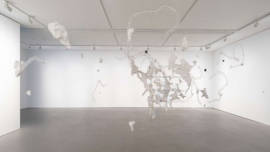 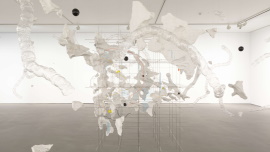 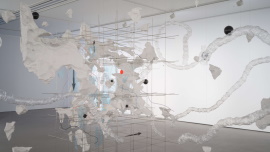 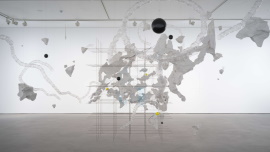 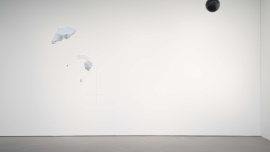 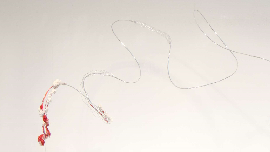 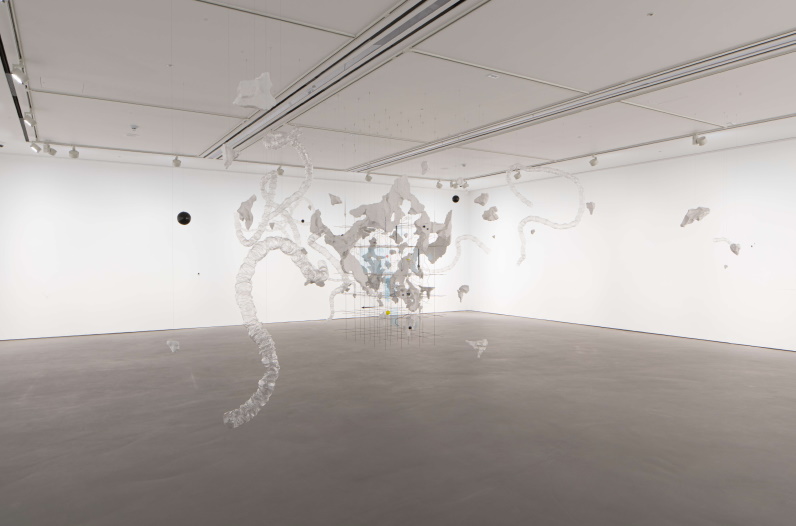 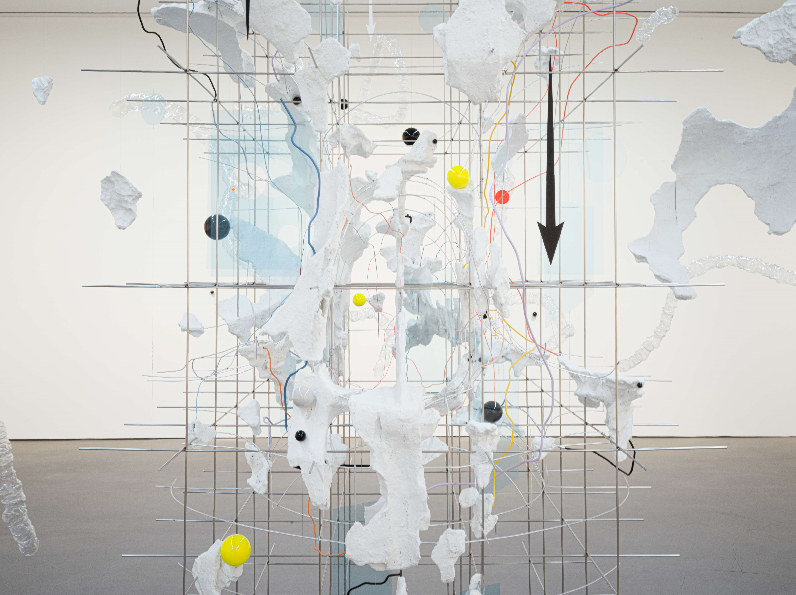 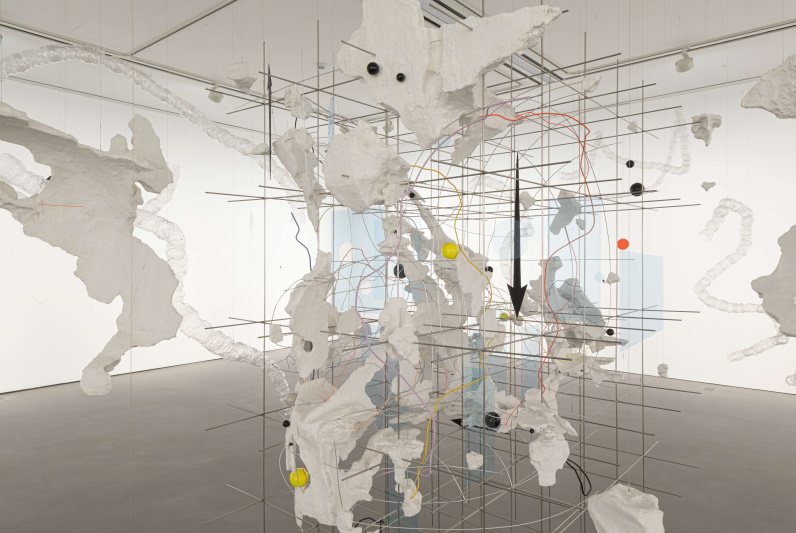 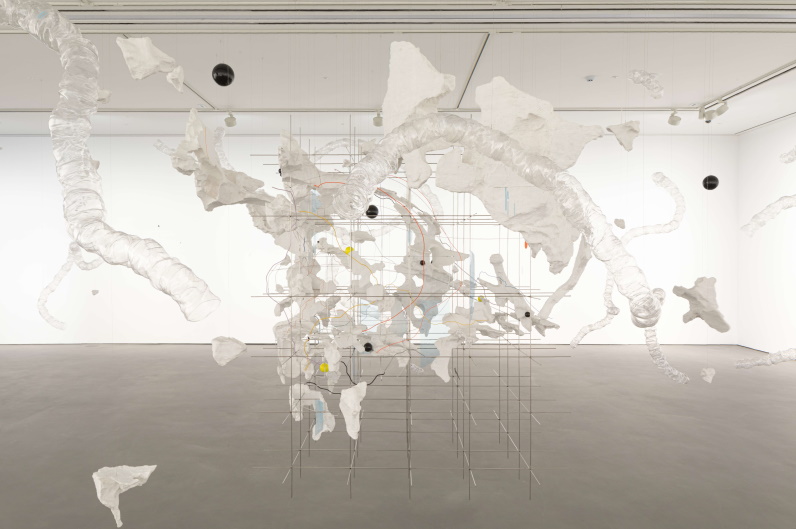 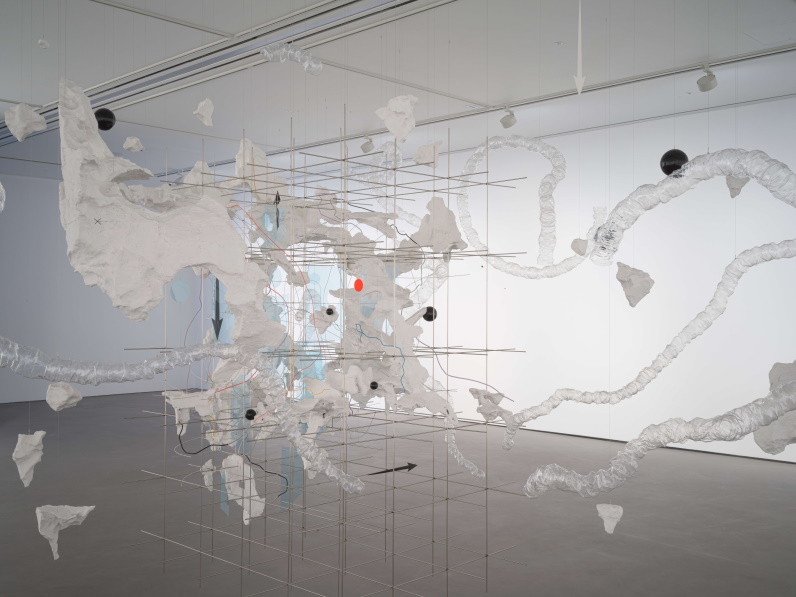 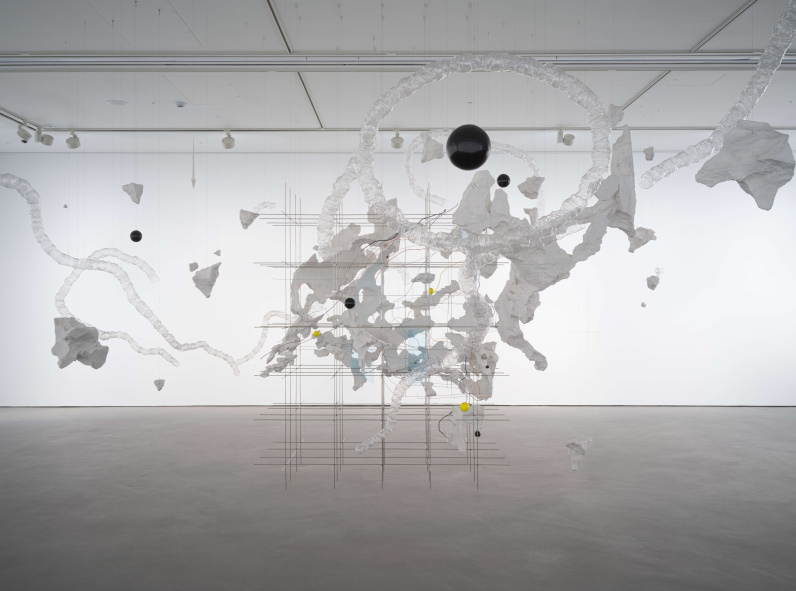 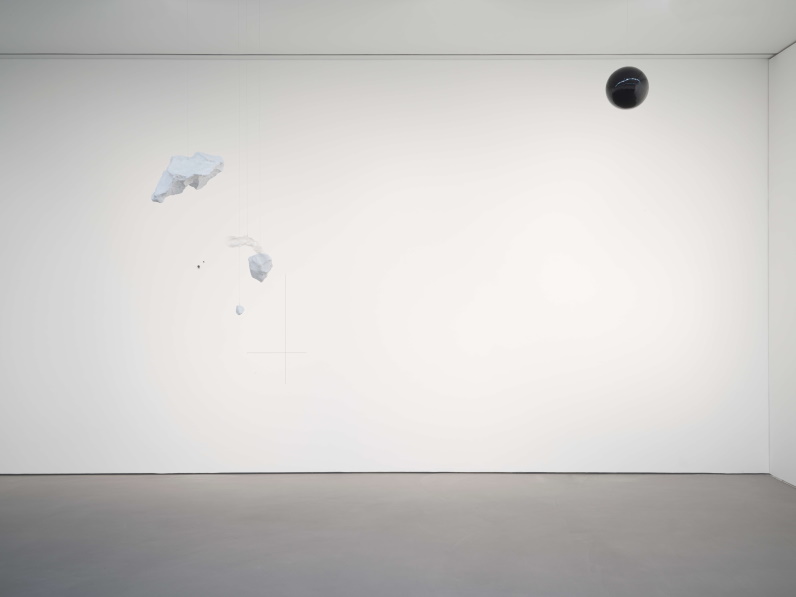 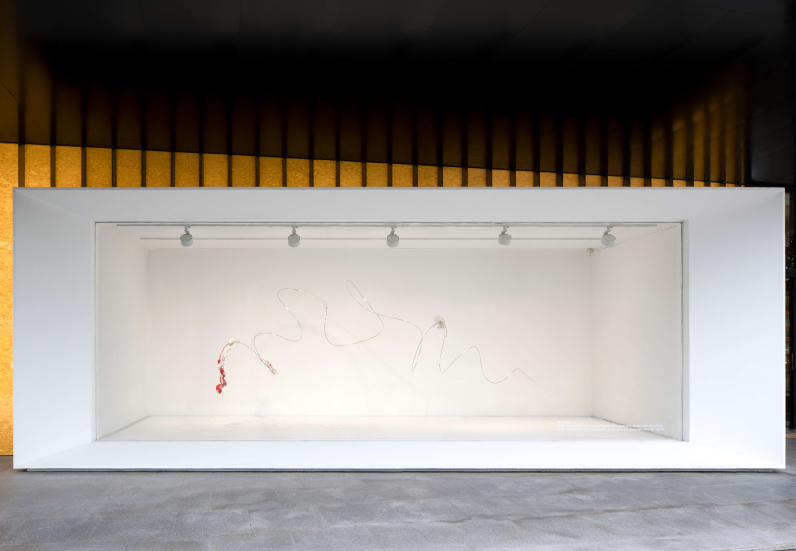 Hyungkoo Lee’s long-standing focus is the human body. Lee’s engagement with the body and investigation of its senses have led him to explore with photographs, videos, performances, and, most frequently, sculptures that incorporate materials such as resin, plastic, paper-mache, bronze, and lead. In these various experimentations, he often disrupts and tweaks bodily senses, produces virtual bodies or devices (The Objectuals and the ANIMATUS series), and refers to the sensory organs of other animals to survey the possibility of escaping the senses familiar to humans and extending them to diverse media (Eye Trace and the MEASURE series). As he began delving more deeply into the senses to explore how we perceive our bodies in a space, he began producing such works as Gallus (2015), Kiamkoysek (2018), Psyche up panorama (2019), and X (2019), leading up to the large installation works X variation (2021) and Nitrodelight (2021), which are presented inside and outside of the exhibition space in Chemical. To Lee, the body is both his subject and the platform through which he understands and experiments with it.

As can be inferred by the title Chemical, Lee investigates further with a new form of landscape by integrating disparate material properties and positing the exhibition space as a laboratory. X variation, installed inside the exhibition space, functions as an extension of his subject of focus—the body (including the face, bones, muscles, and sensory organs)—and his probing attitude toward its movement, traversing the boundaries of figurative and abstract to materialize a landscape reminiscent of a microcosm. In producing this work, made of paper-mache, stainless-steel rods, medical bandages, epoxy, Styrofoam, and clear plastic bottles, Lee responded to the accidental and inevitable occurrences that arose during the process of approaching his vision of the most ideal aesthetic state. Nitrodelight, installed on the outer window space, creates an illusion that part of the exhibition space inside has been extricated. The work ultimately merges with the interior landscape as the viewers’ movement causes their view of it to enlarge and reduce, as if seen through a zoom lens.

Following the small and large pieces that Lee has planted around the exhibition space, each viewer is bound to encounter different landscapes depending on his or her course of movement. New currents of motion are ceaselessly created by the intersection of the artist’s meticulous arrangement and the movement of the viewers. While the works are fixed and still, the eyes and bodies of the viewers perpetually move from one work to another; thus, the works are collectively imprinted in each individual viewer’s perception as a unique landscape. The exhibition space, which appears to have been turned inside out, transcends the border between interior and exterior, alluding to a new formative possibility created by the near-chemical reactions triggered by the movement of the artwork and the viewers.