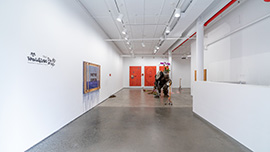 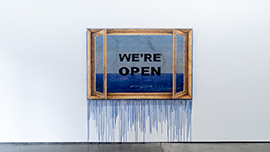 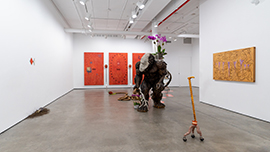 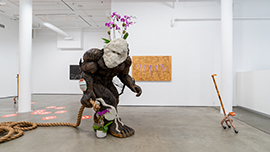 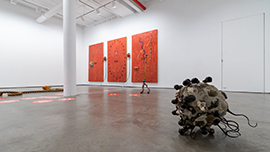 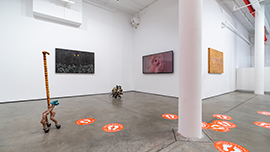 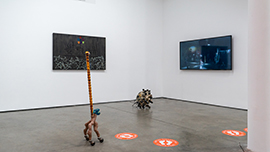 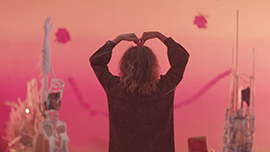 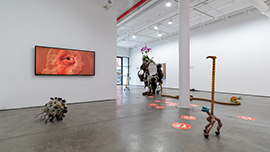 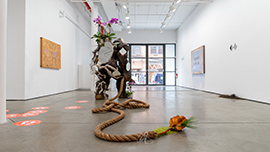 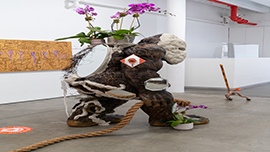 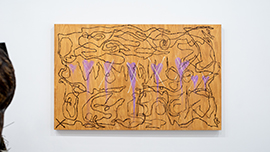 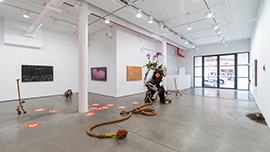 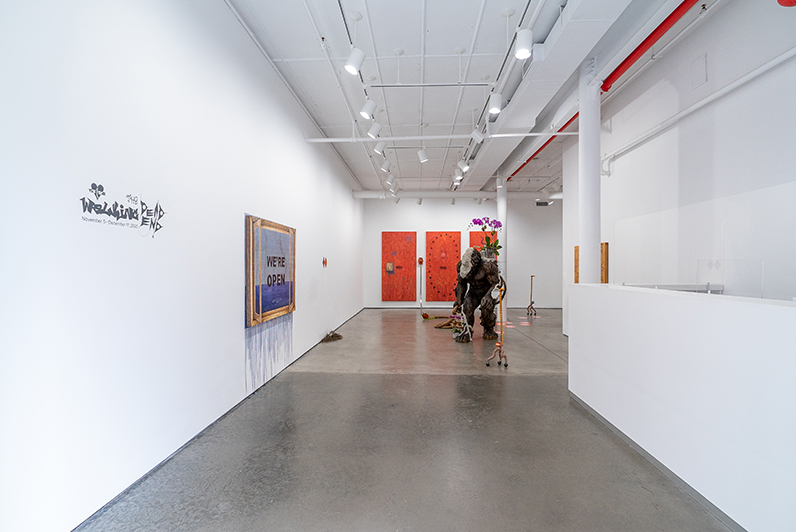 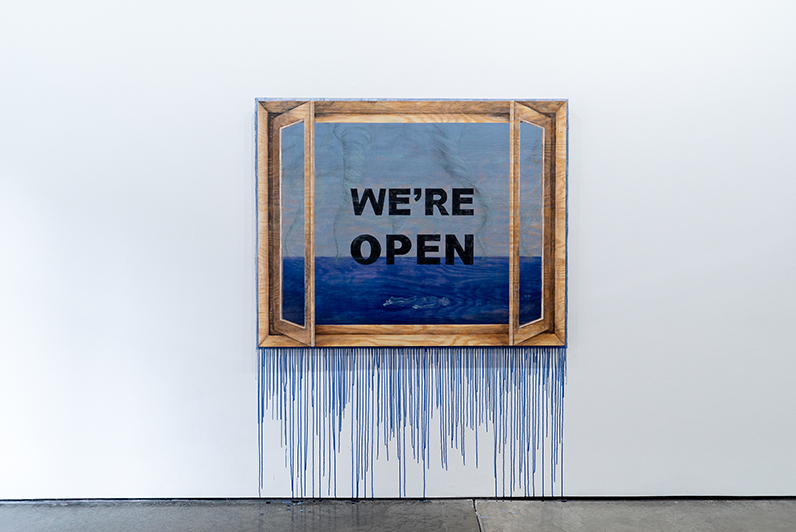 Signboard (We Are Open) 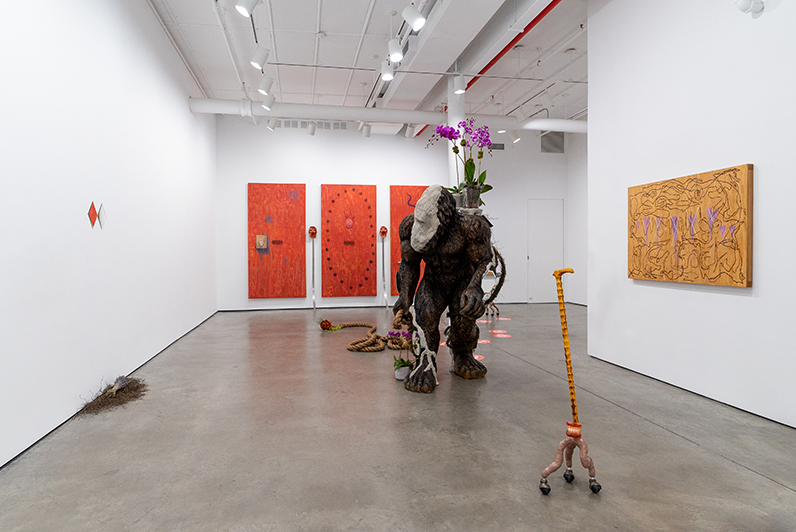 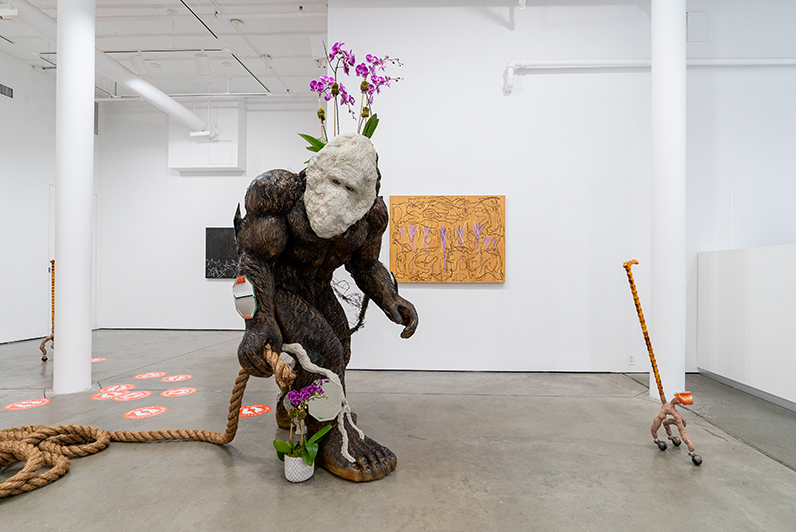 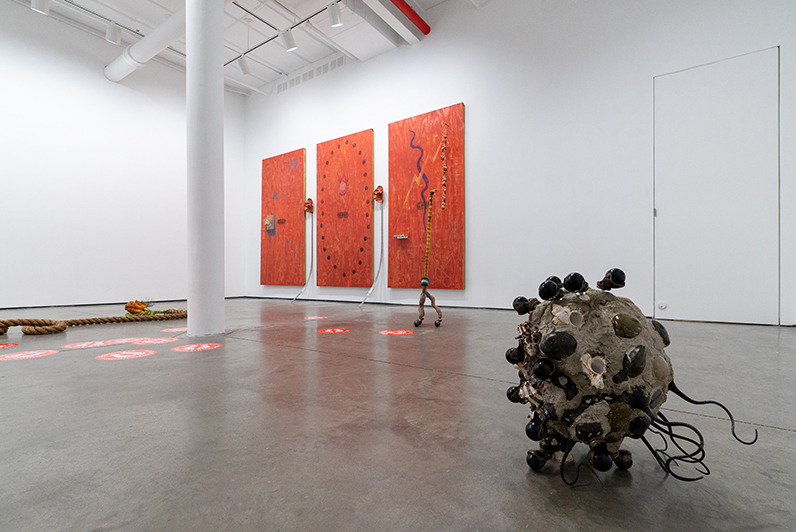 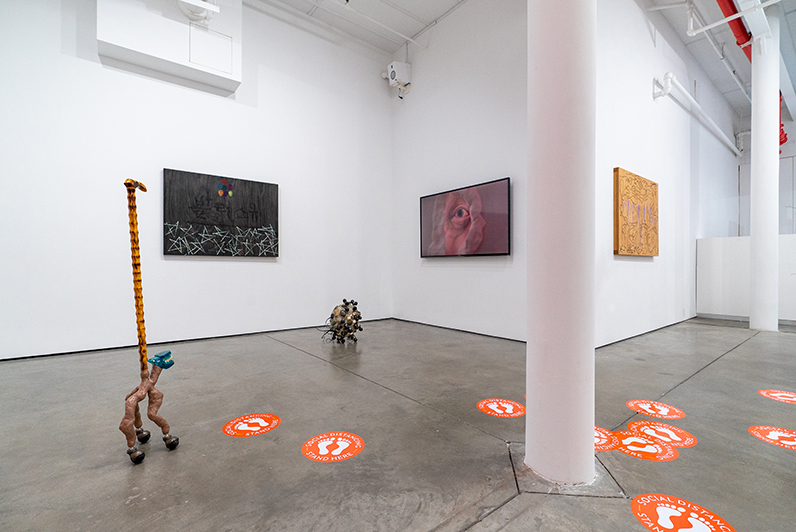 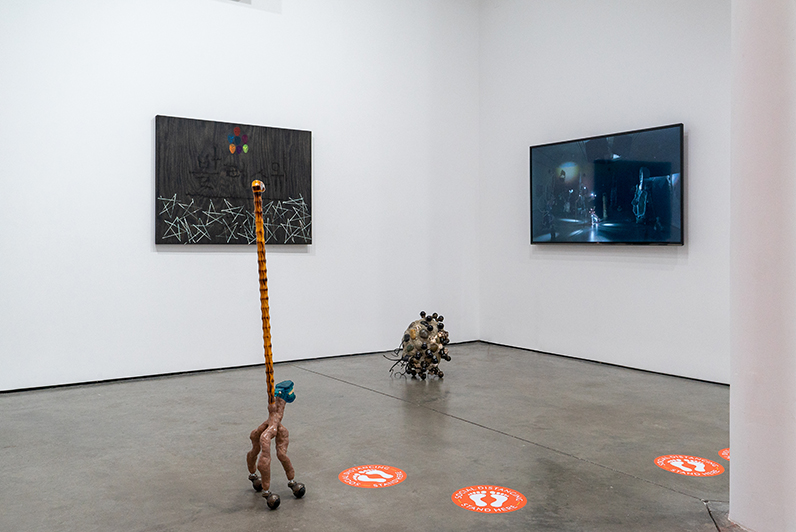 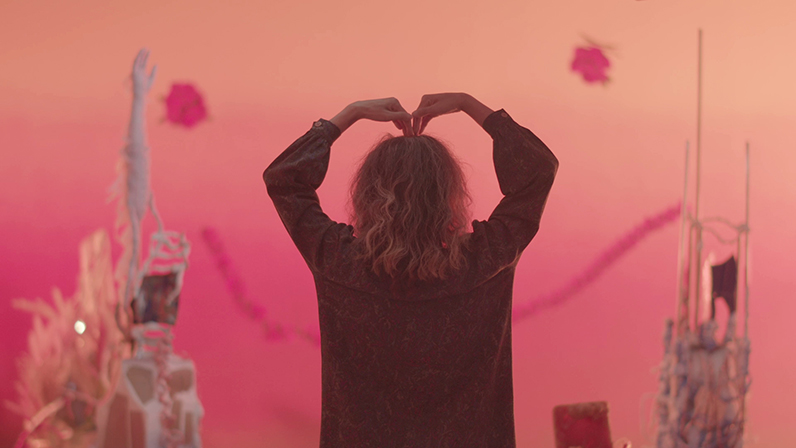 Where the Heart Goes 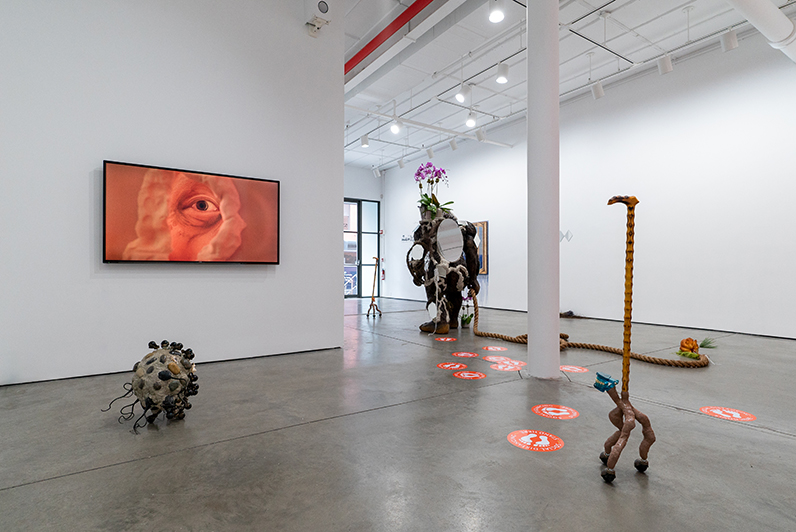 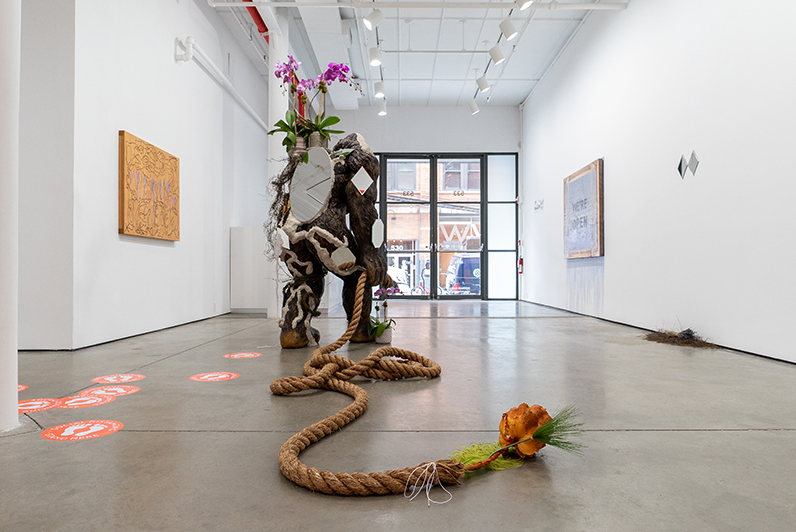 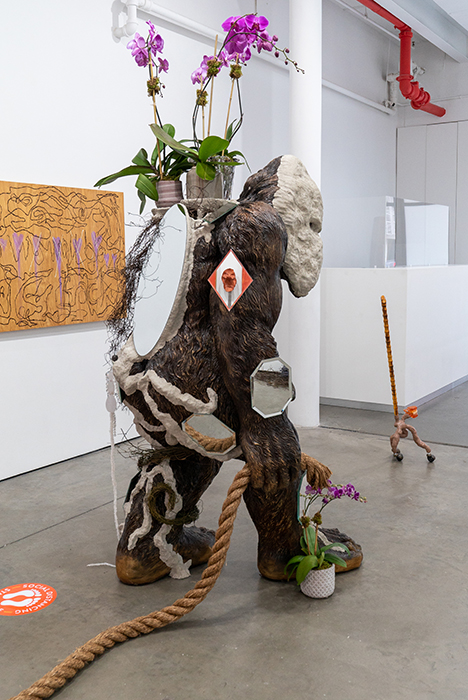 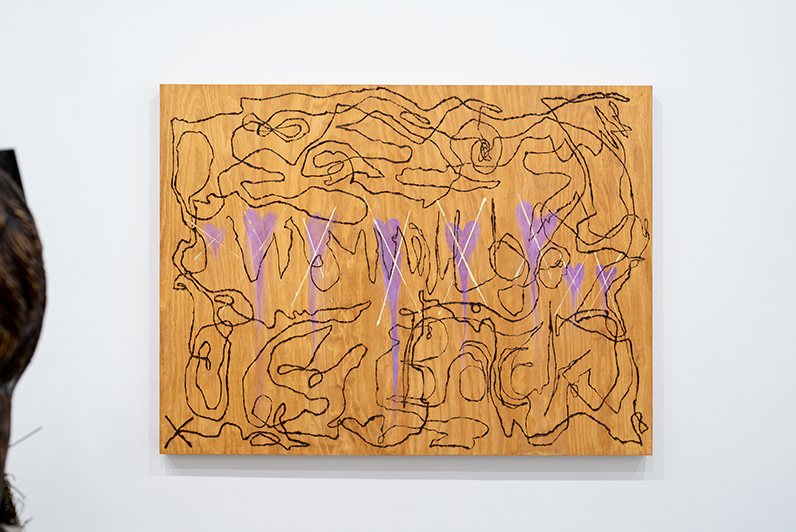 Signboard (We Will Be/ Go Back) 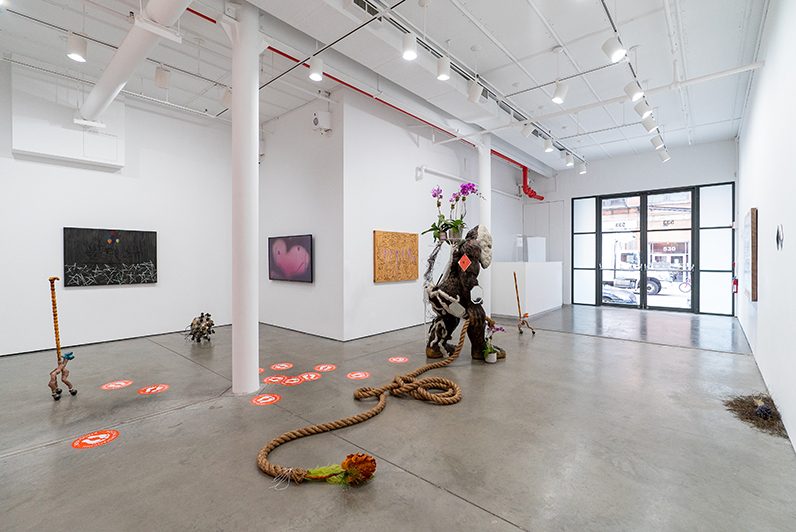 DOOSAN Gallery New York is pleased to present Yun Choi's solo exhibition, Walking the Dead End, from November 5 to December 17, 2020. Choi was selected to be a part of the DOOSAN Residency New York program through an open call in 2019 and will show her new works produced during her residency in New York, 2020.

Yun Choi captures, collects, and modifies banal and cliche images floating around the streets, public places, and in popular culture. She examines how banal images are developed in a society and influence people to have certain types of perceptions. For this exhibition, she lays out landscapes and social atmosphere that she encountered in New York City.

The exhibition deals with the situation of society in a dilemma, that is lost in the midst of the sporadic crisis. Through the exhibition, Choi brings out the atmosphere of an empty city during the pandemic similar to the television series, The Walking Dead, while demonstrating her inspiration gained through David Bowie’s song, "Where Are We Now?" Not being able to see the things that we used to see due to the boarded-up windows and doors of stores in New York during the pandemic and protests, she examines the circumstances of our situation, in which time seems to have stopped. Choi has incorporated a recurring use of the concept of 'post' and 'update' in her recent works: 'post' referring to conveying a message to many people and 'update' signifying the renewal of accumulated residues of the message. In this exhibition, Choi also brings the concept of 'dead reckoning' as a metaphor, which is a method to sense one's current position when a GPS signal is lost.

Using plywood as the main material, which covered the whole city since the pandemic, the exhibition is composed of paintings, sculptures, and a video work. On the 'Signboard Paintings,' banal messages that can be seen often on the streets such as "We are open,” “We will be back,” and “Bless you" are posted along with the illogical images which can be read in multiple meanings. Signboard (No Longer Sunset but Blaze) (2020), composed of three plywood panels, expresses the fear that the sunset before our eyes can turn into a blaze at any time. Red panels with the Korean words, 'dear hungry ghost,' reference the Buddhist hell paintings. Choi questions if human beings became a monster by allowing greed to overtake their principles similar to the hungry ghost, which is destined to wander around in hunger looking for water droplets left behind in the footprints of humans. A large statue of Bigfoot is surrounded by the ‘Signboard Paintings’ on the exhibition floor. The Bigfoot, covered with mirrors and carrying orchids on his back, stands in the middle of the exhibition floor as the viewers contemplate themselves on the mirrors, standing on the social distancing foot sticker placed on the floor. Through the image of Bigfoot that only exists as footprints, crossing a border between reality and imagination, the viewers can ponder the values that our society has been chasing. In her video work, Where the Heart Goes (2020), which was the eponymous title of her exhibition at DOOSAN Gallery Seoul in May, an old woman is wandering around for a path in the pitch darkness of the gallery space. This suggests the innate senses of the body awoken by the circumstance in which the footprints before our eyes are not visible anymore.

Yun Choi incorporates the images that she encountered on the streets while traveling between Seoul and New York in the midst of the strange and unusual times, and imagines beyond them. This exhibition raises a question about where we stand right now and proposes to walk in a different way if we are circling the dead-end chasing after our footprints.