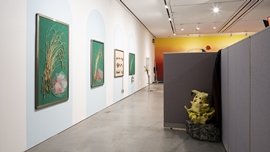 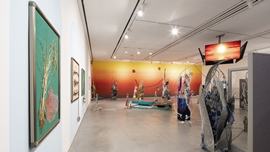 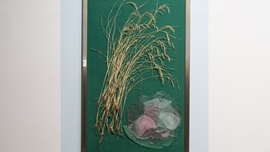 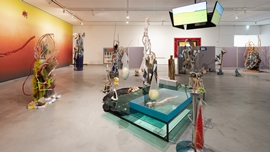 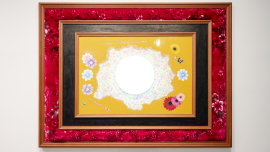 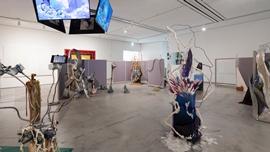 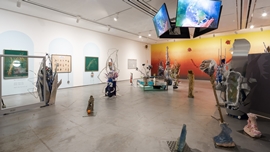 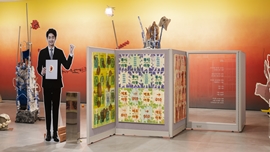 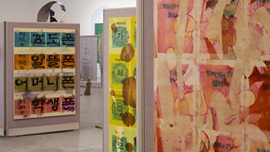 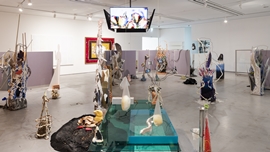 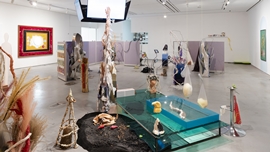 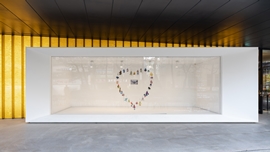 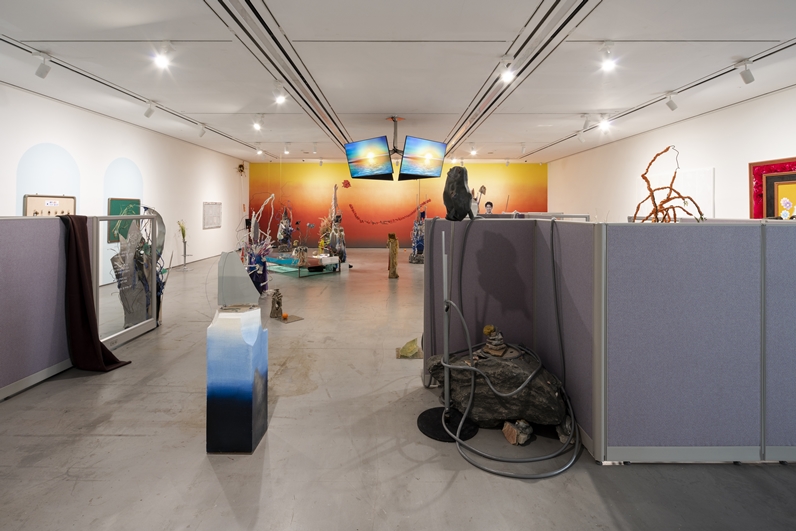 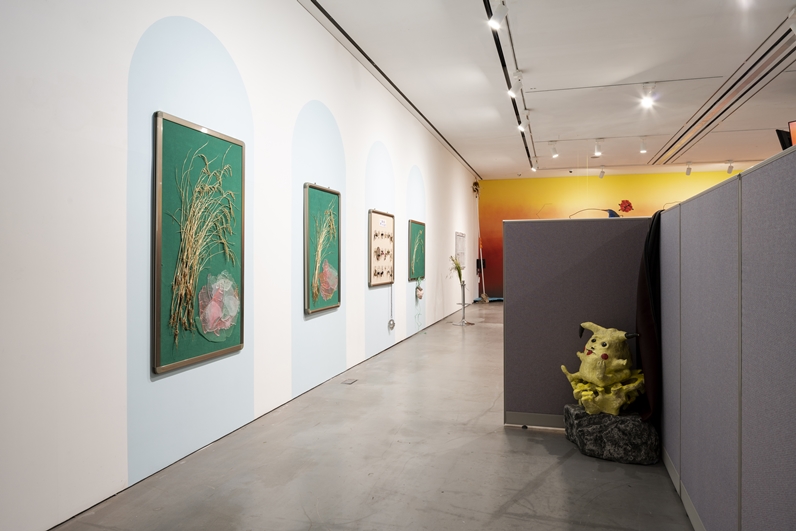 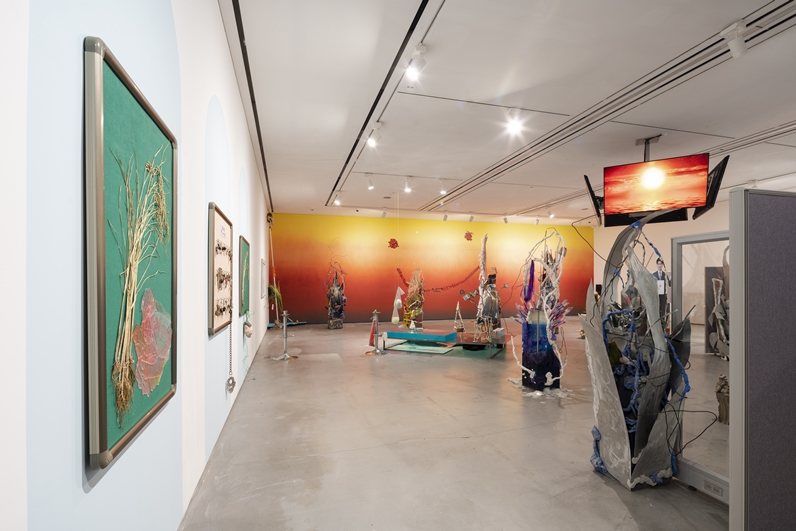 Bulletin Board (Rice and Pond) 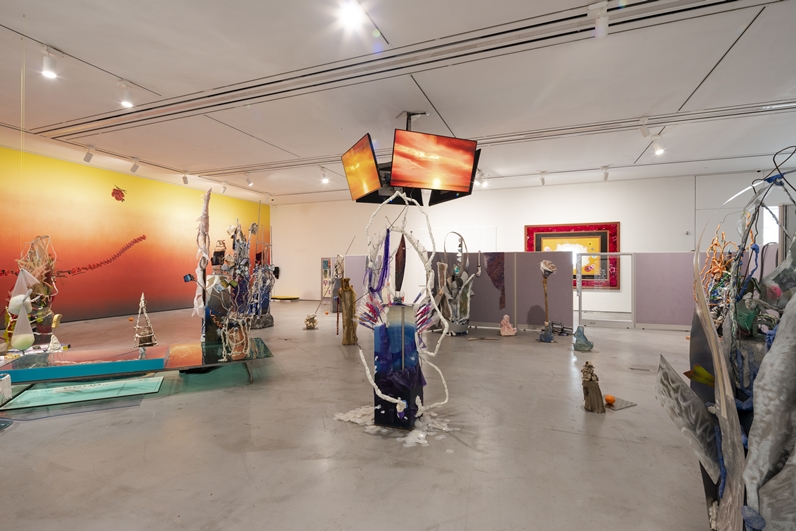 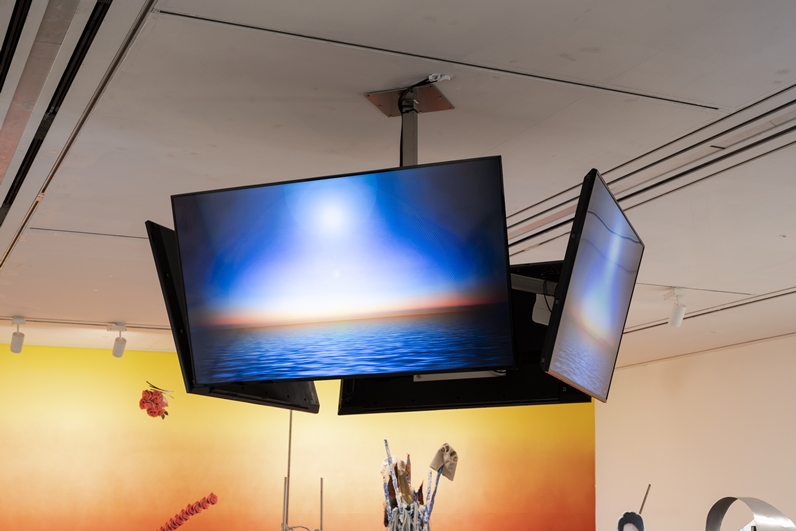 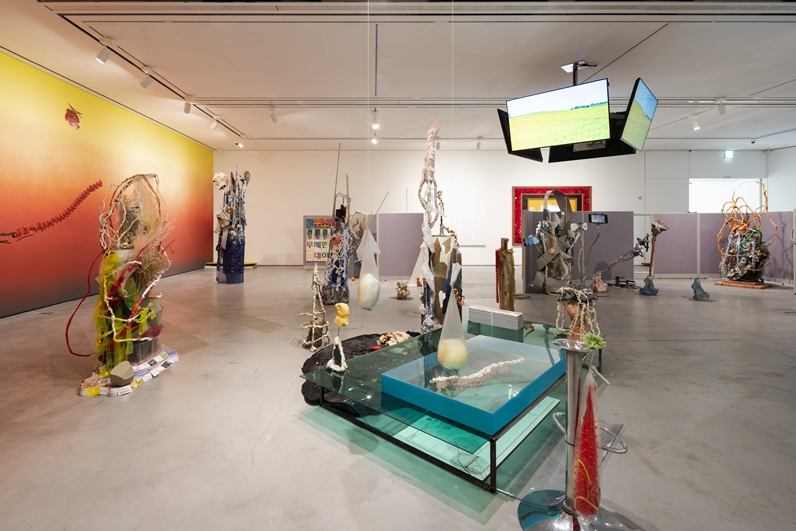 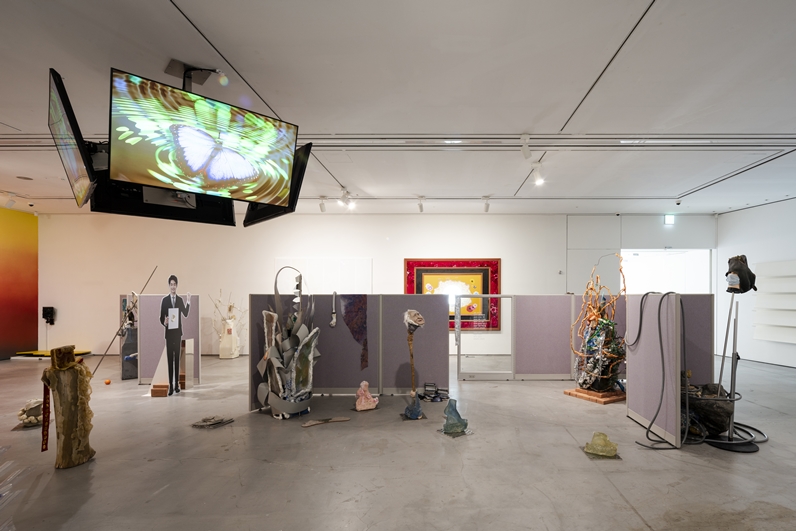 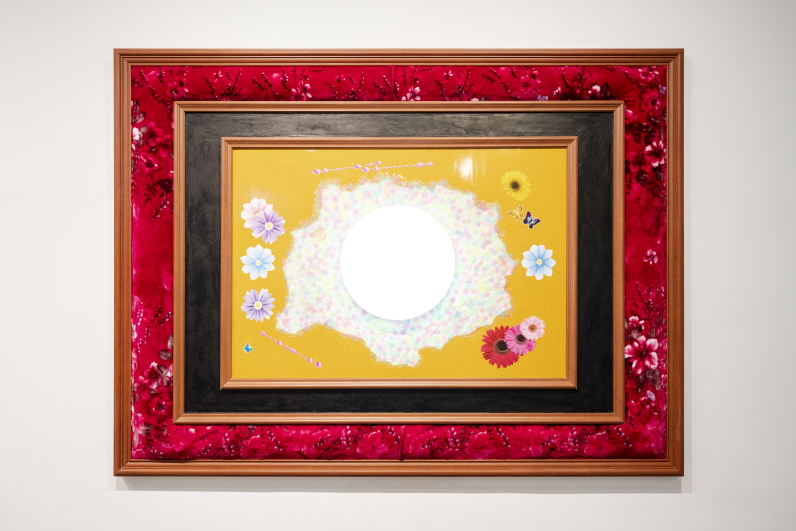 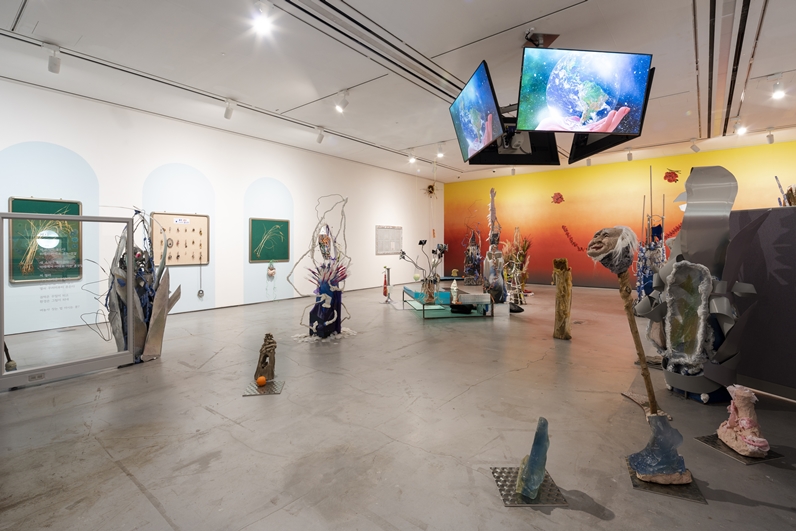 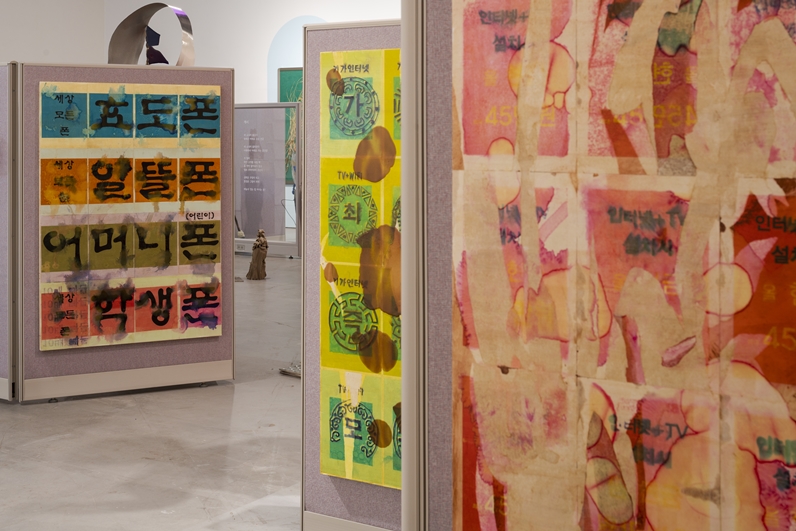 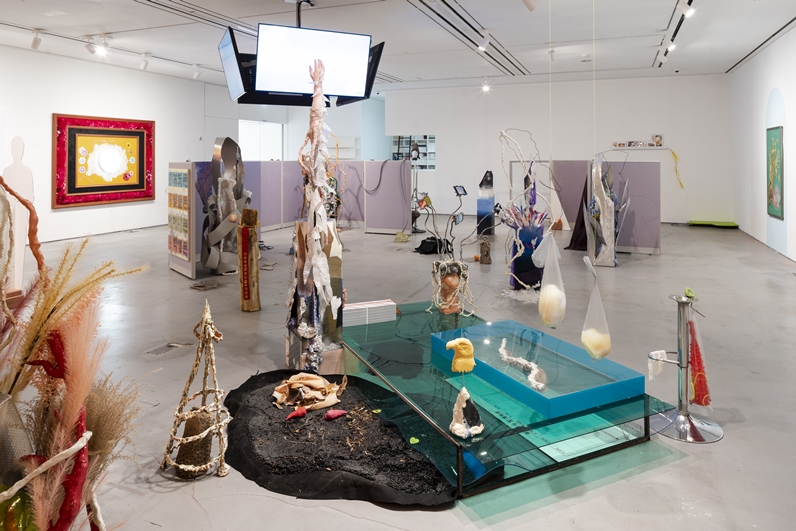 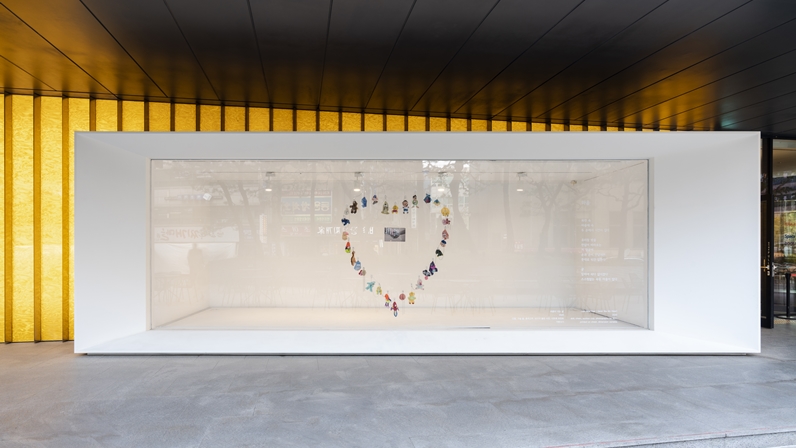 Where The Heart Goes

DOOSAN Gallery Seoul presents Where the Heart Goes, a solo exhibition of Yun Choi from May. 6 to May. 30, 2020. Selected for DOOSAN Residency New York in 2019, Choi will be partaking in the residency in New York for 6 months from July to December of this year in 2020.

Choi’s interest lies in cliché images and the sense of banality in the collective faith hidden behind such images. She captures and collects common and banal images that float around in the streets, public places and in popular culture, playing variations on them through her video, installation and performative works.

‘Where the heart goes’ is literal expression, one that is excessively mundane. The conventional notion in the word ‘heart’ gives the expression a sense of steadfastness and purity. However, in reality, the way the heart goes is at times fickle and temporal. Choi explores this space in between such cliché notion and what lies on the other side, accumulating the strange and uncanny responses and sensations that arise in such space. In Where the Heart Goes, Choi ‘posts’ and ‘updates' her works previously shown in various exhibitions since her solo show in 2017.

The exhibition space is partitioned like an office and staged like a public building, divided into the space of ‘post’ on the wall and space of ‘update’ on the floor. Choi captures how visual power is internalized and decorated in the various posts found in subways, public offices, libraries and online communities. In between the walls of such posts, the small sculptures that take off from Choi’s works renewed themselves, enlarging into ‘vertebrates’ in human size. Finally, endlessly repeated in the center of the exhibition space are the video work NoticeRevelationLaunchClock (2020), which omnidirectionally sends out infinite digital images, and the sound work Horror Eros Vulgar Spell (2020).

The images, objects, videos and sounds summoned into the exhibition space by Choi have all been seen or heard at one time or another. But many things that may have had an important role at one point are no longer so obviously visible, or have become an annoying sound or an eyesore. Like the heart that’s simultaneously unconditional yet fickle, Choi revives and posts up the banal landscapes that are so typically Korean, inviting us to reflect on what our society is looking at and where it’s headed.