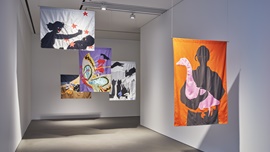 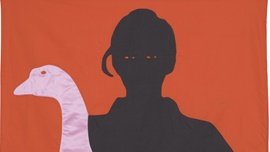 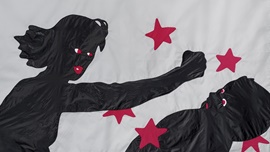 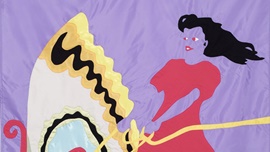 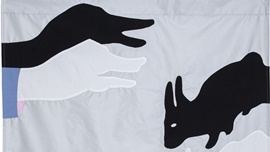 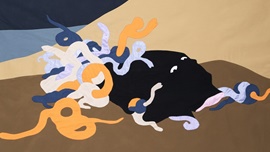 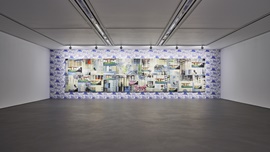 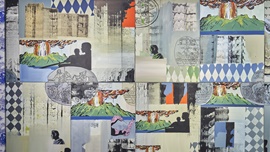 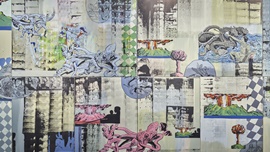 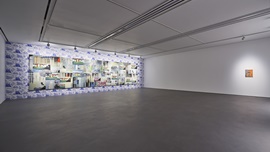 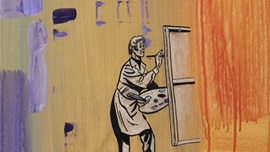 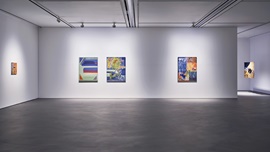 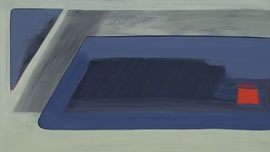 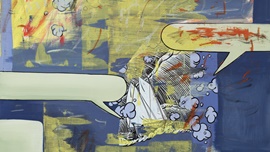 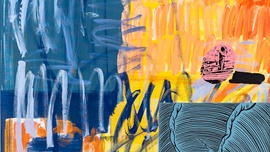 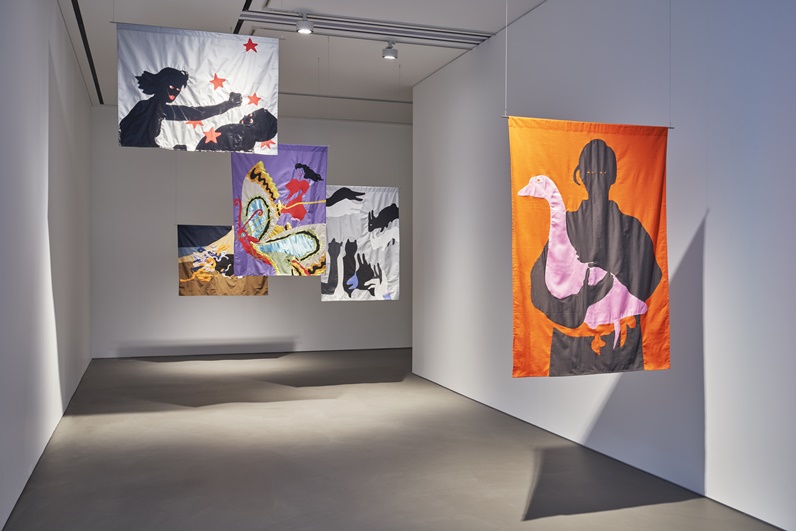 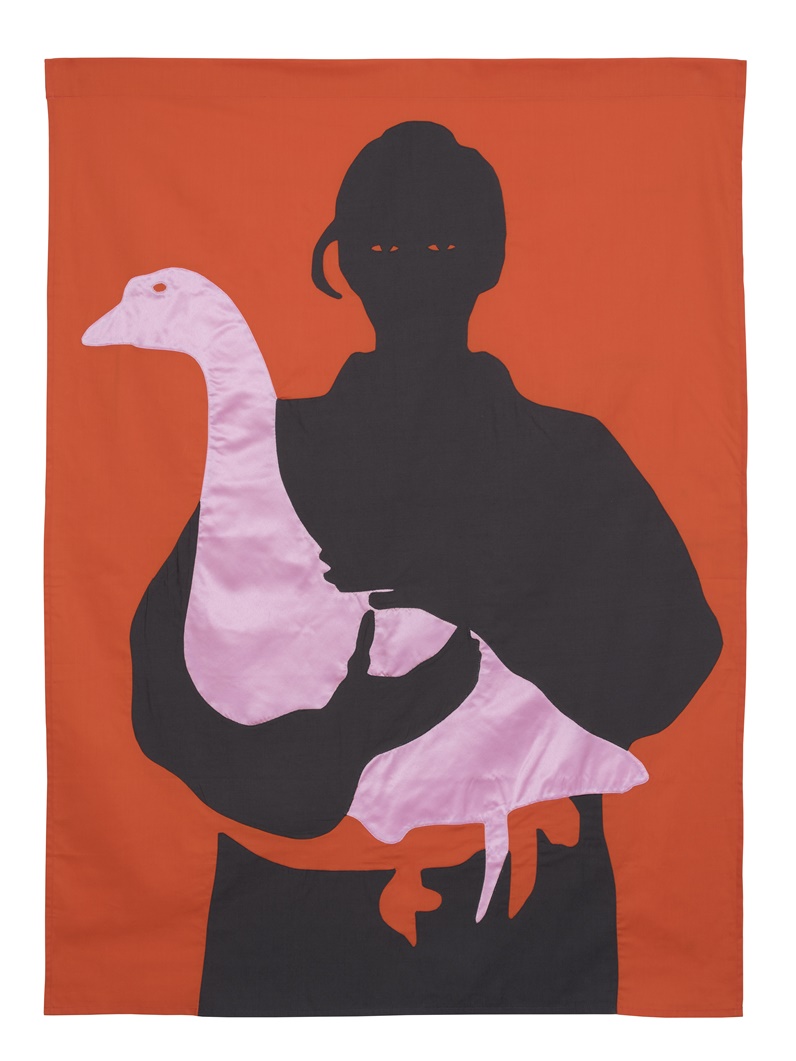 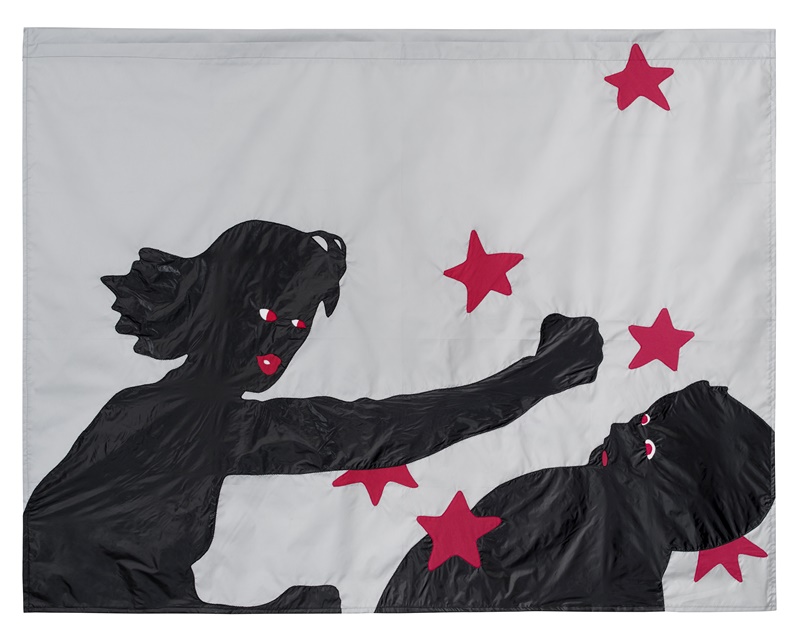 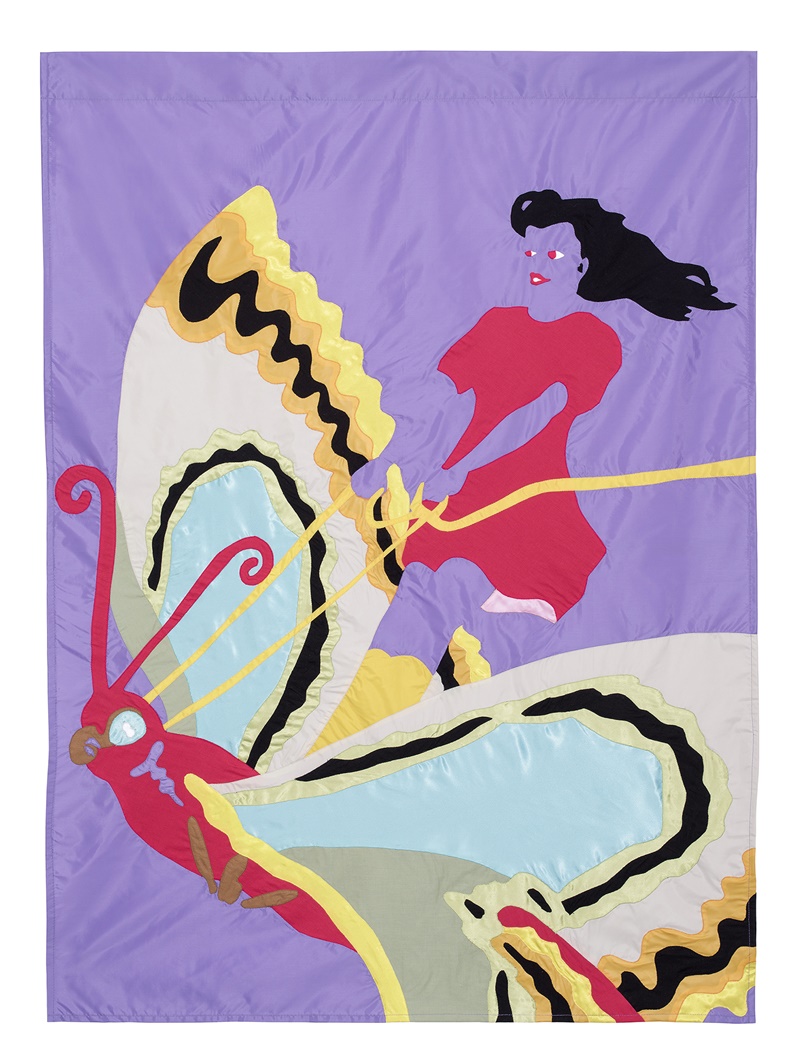 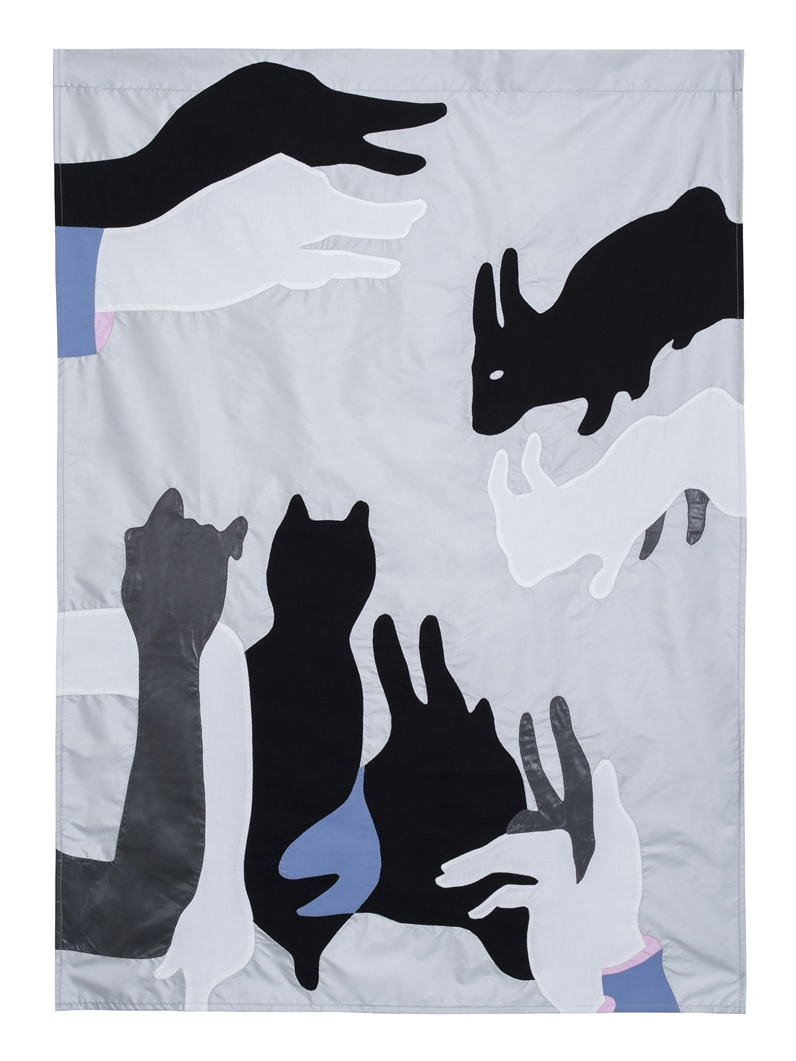 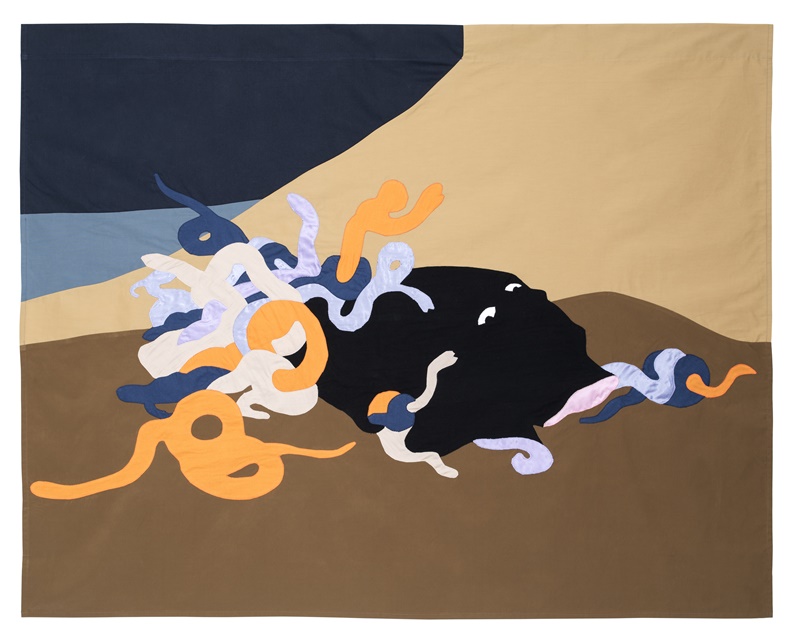 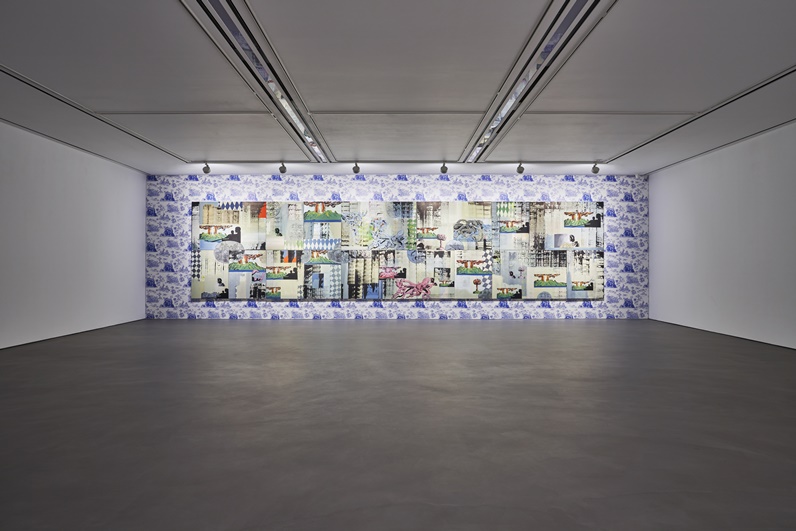 Where the Voice Is 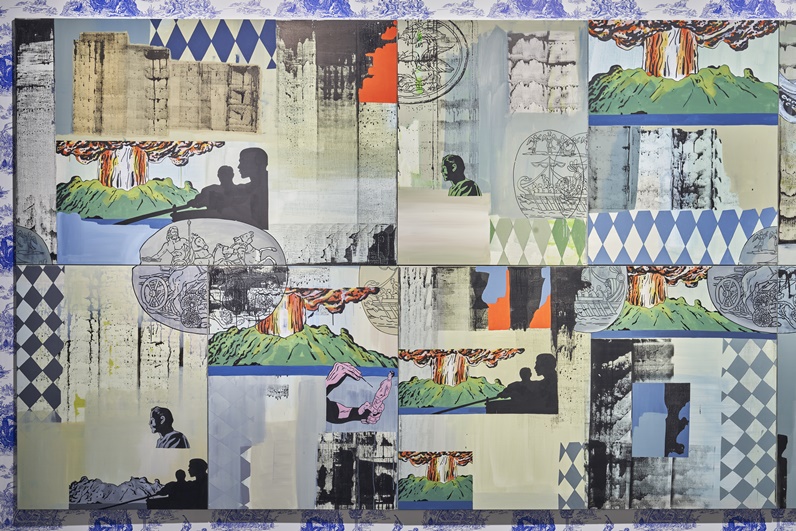 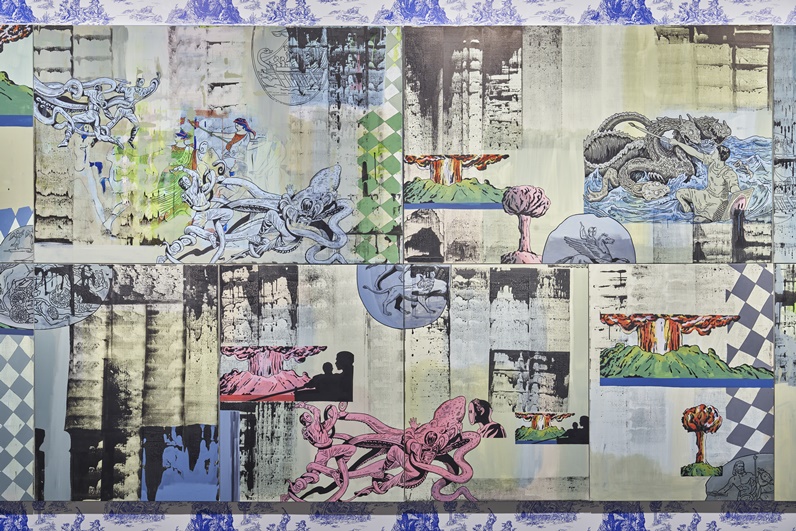 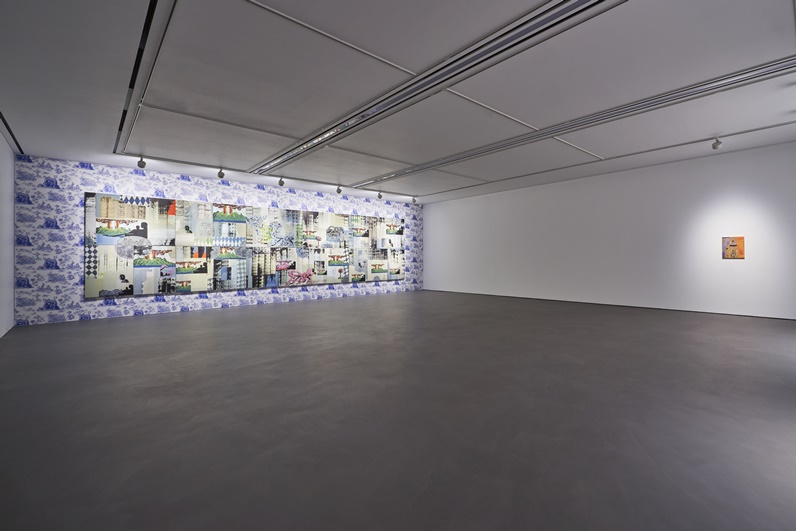 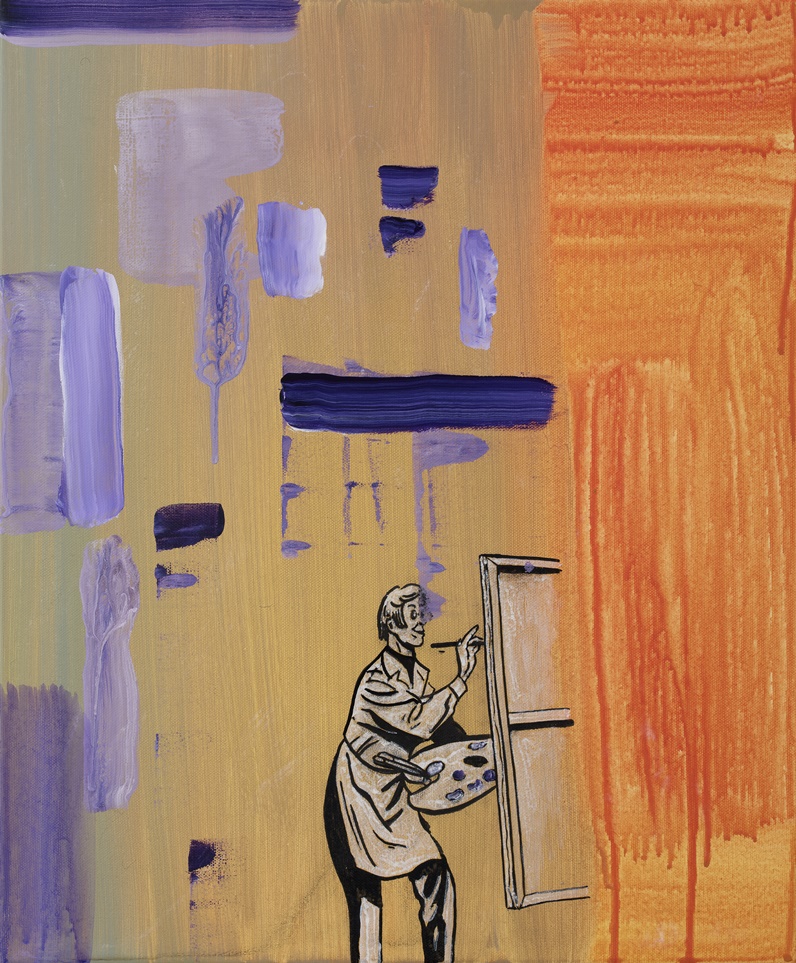 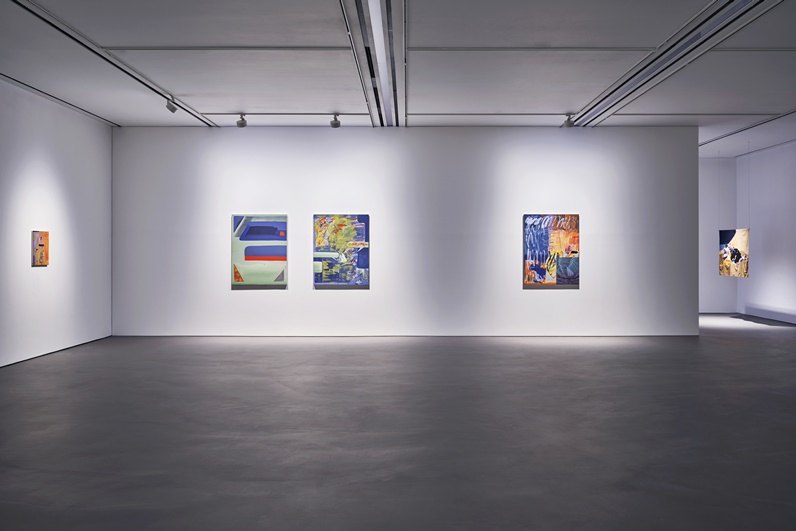 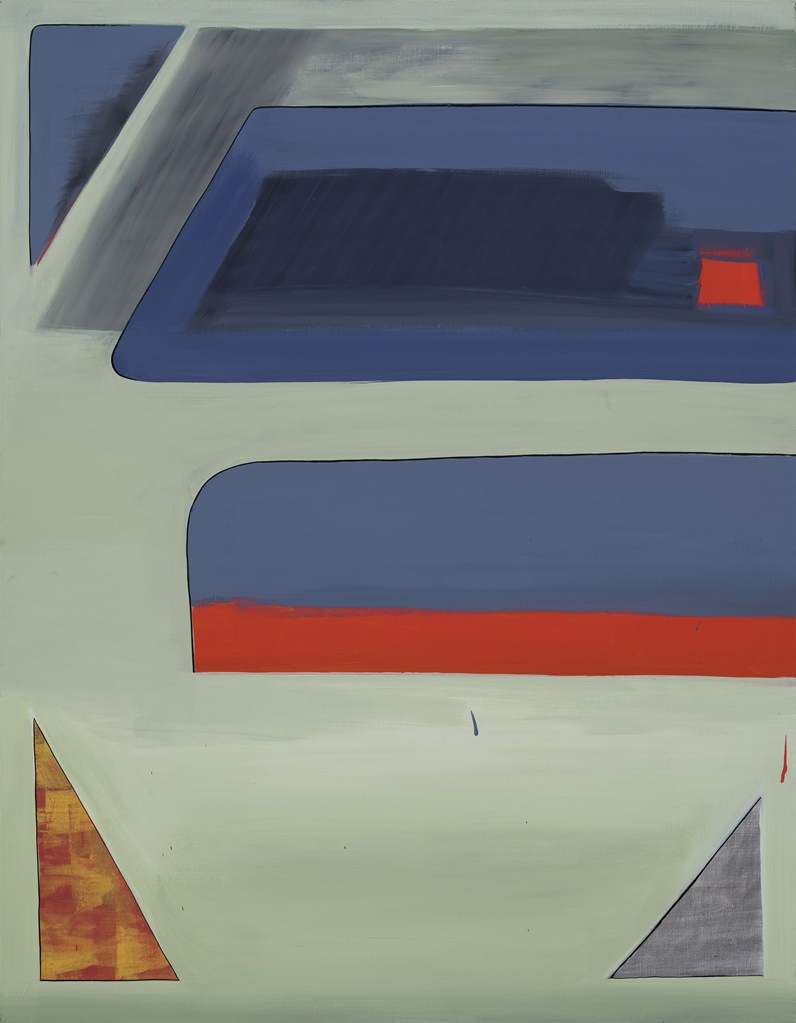 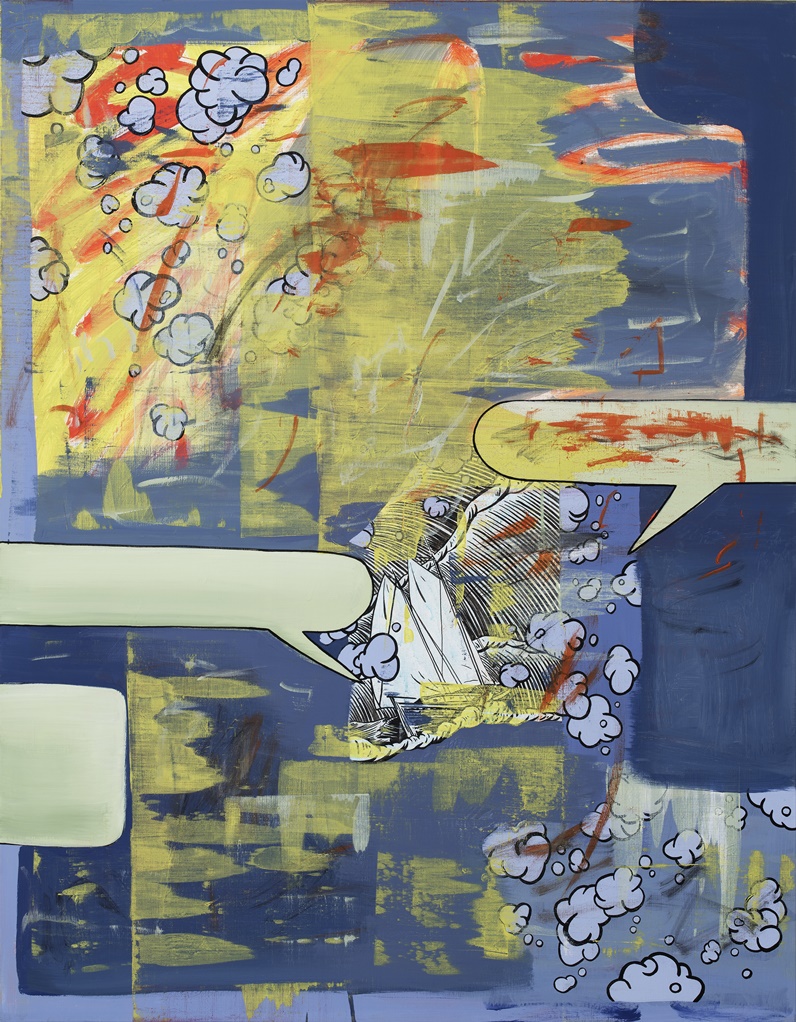 All of Our Yesterdays 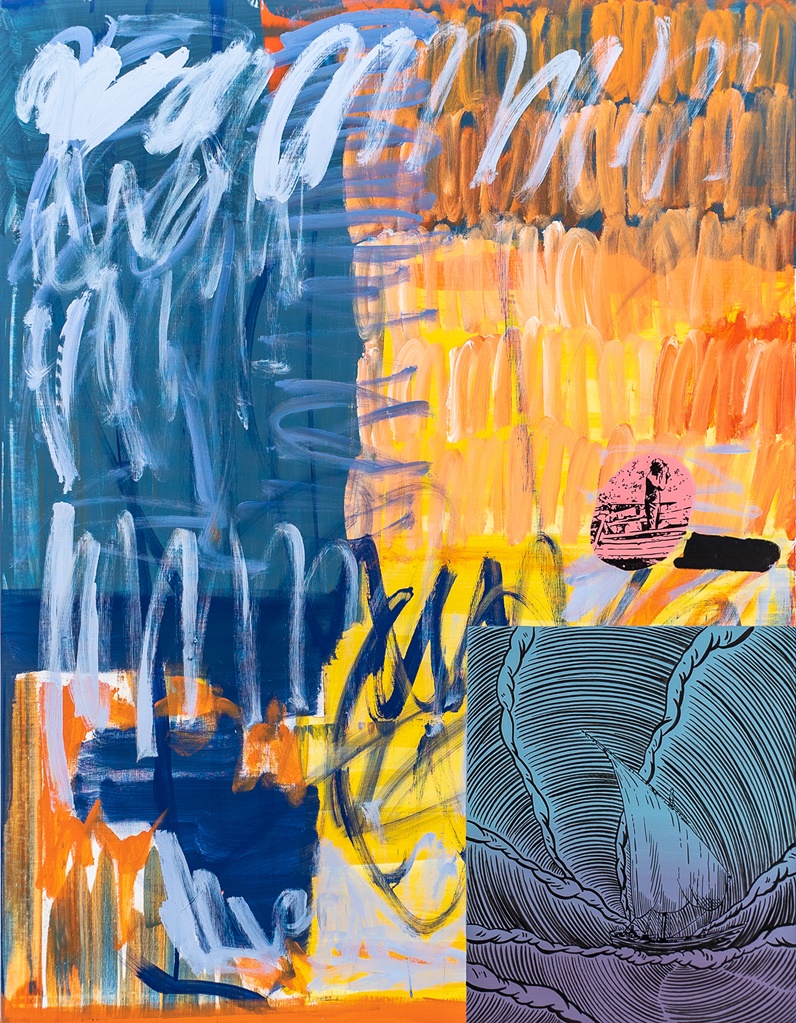 DOOSAN Gallery Seoul presents Where Is My Voice, a solo exhibition of works by artist Jeongsu Woo, from Wednesday, November 18 through Wednesday, December 23, 2020. Once a participating artist at the exhibition DOOSAN Art Lab 2017, Woo was selected to join DOOSAN Residency New York to live and work in New York. This exhibition unfolds around a large-scale painting, Where the Voice Is (2020), to introduce a series of wallpaper and fabric installations highlighting the artist’s versatile modes.

Ten meters by two meters in dimension, Where the Voice Is is one of Woo’s most recent works and the centerpiece of this exhibition, large enough to take up an entire wall of the gallery space. Though considered one piece, this work comprises 16 large and small canvases. Woo lays out over the fragmented surfaces the Greek myths of Echo and Siren, both stories associated with the theme “voice,” adding elements of design and patterns to his painterly motif. The two myths—one about Echo, who was cursed into repeating the last words spoken to her, and one about the Sirens, who lure sailors to death with their enchanting singing—share similarities in that both stories use “voice” as their intermediary.

What should be noted about this work other than the image on the façade is the wall, which serves as the background for the images on the canvases. Deriving the motif from an antique wallpaper he saw in a music video, Woo produced a drawing of figures living in a cave along with plants and other objects in fine lines reminiscent of classic etchings. He then turned the drawing into a repeated pattern to print and use as a wallpaper for his paintings. The repeated image on the wallpaper produced using an iPad and the mythical motifs painted on the canvas stir up conversations and engage in dialogues, drawing the viewer’s eyes in and out of the canvas frame.

Another thing to pay attention to in this exhibition is the fact that fabric is a medium used for the first time by the artist. Using textiles of various textures and colors, Woo materializes the sleek and rough tactility and the exquisite feel of the sheen—qualities that cannot be fully demonstrated through painting—into more than 10 installation pieces. The seams, created in the process of the painted images transferring onto the patterned fabric and in between one plane and another, are used as newly conceived lines—those never-before-seen in his paintings.

It becomes evident that what Woo sought to convey through the diverse selection of works presented in this exhibition is the fact that images tend to be in motion. And discovered in the midst is Woo’s artistic attitude, his search for new ways to treat the flat surface, using elements of design and patterns without inhibition and experimenting with color, line, texture, and supporting media, much like that of a navigator on a journey in search of his lost voice.