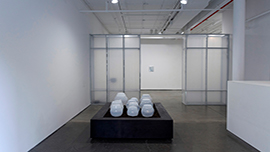 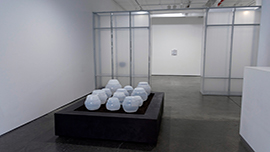 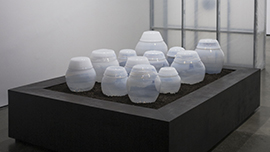 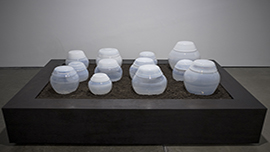 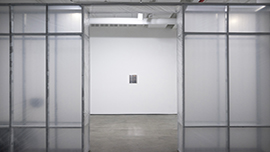 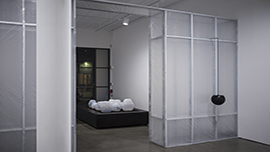 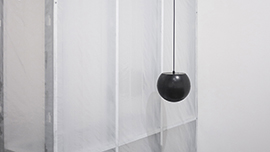 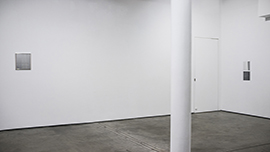 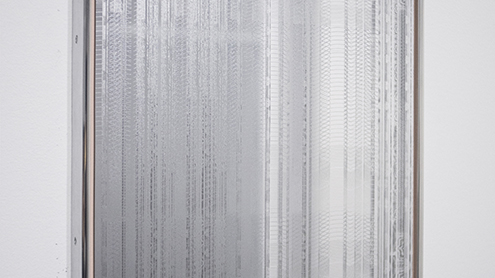 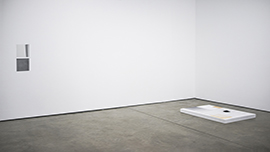 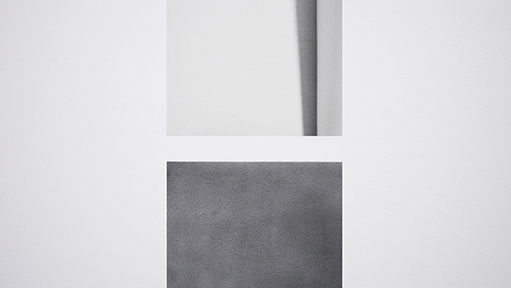 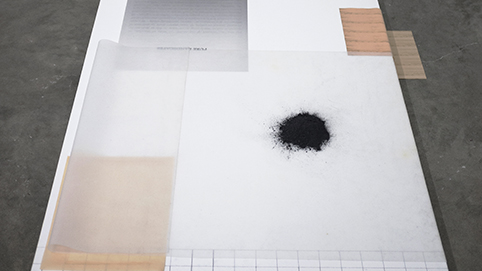 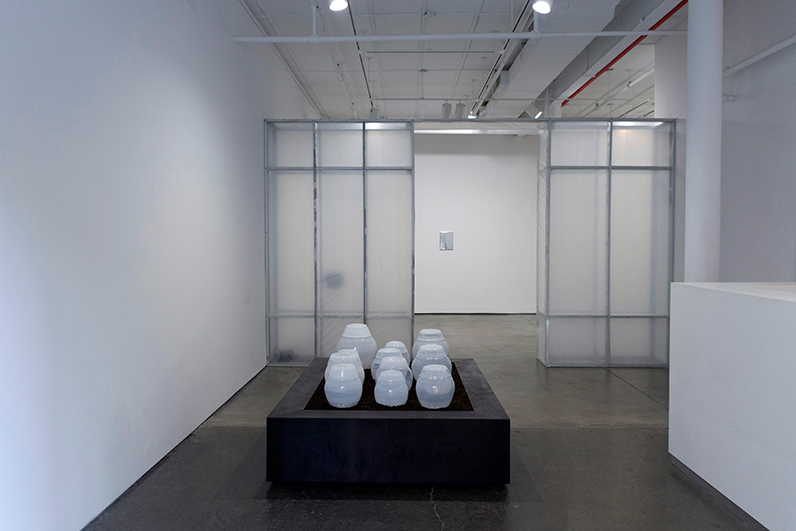 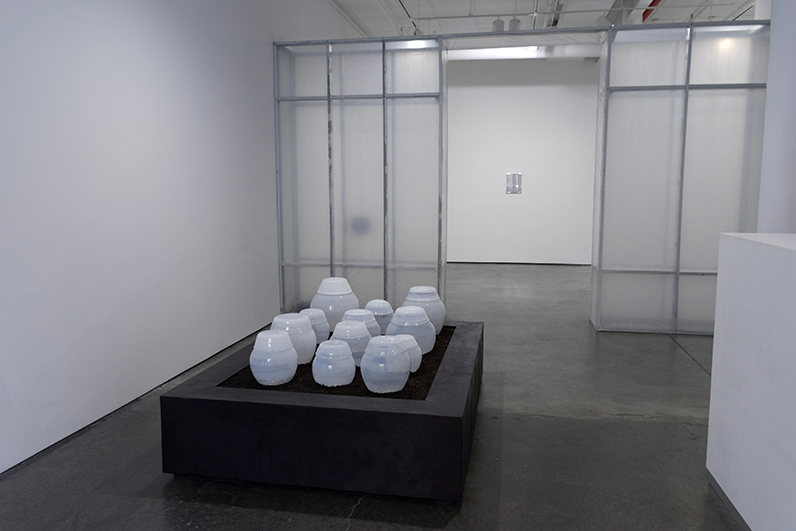 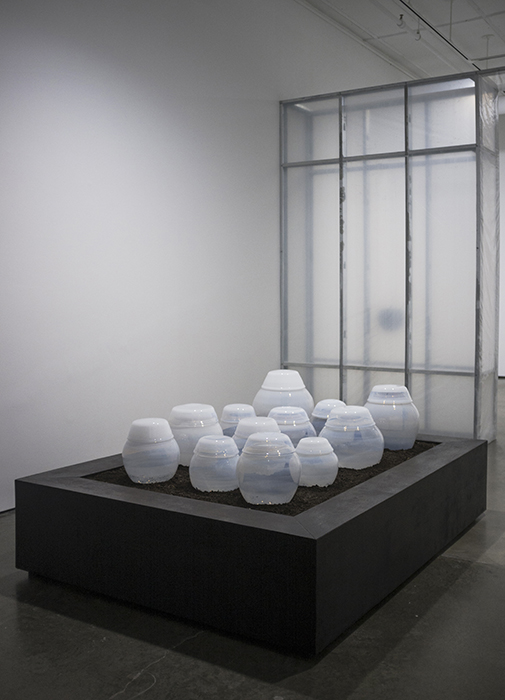 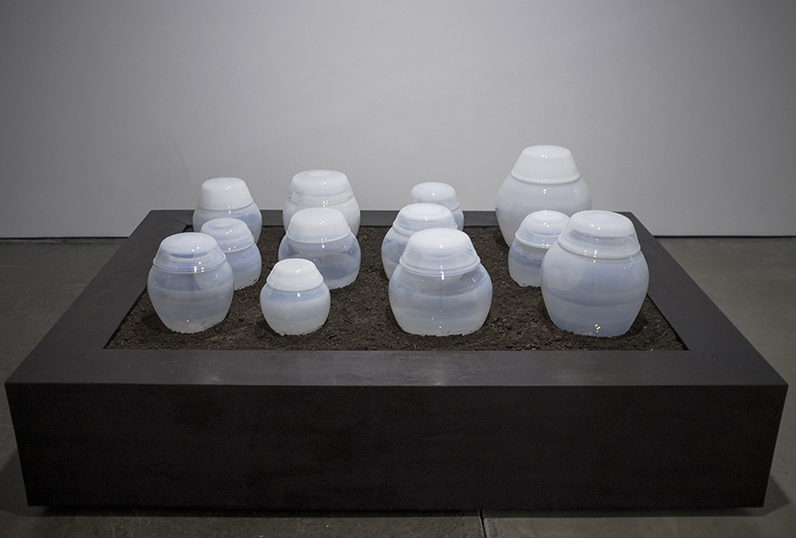 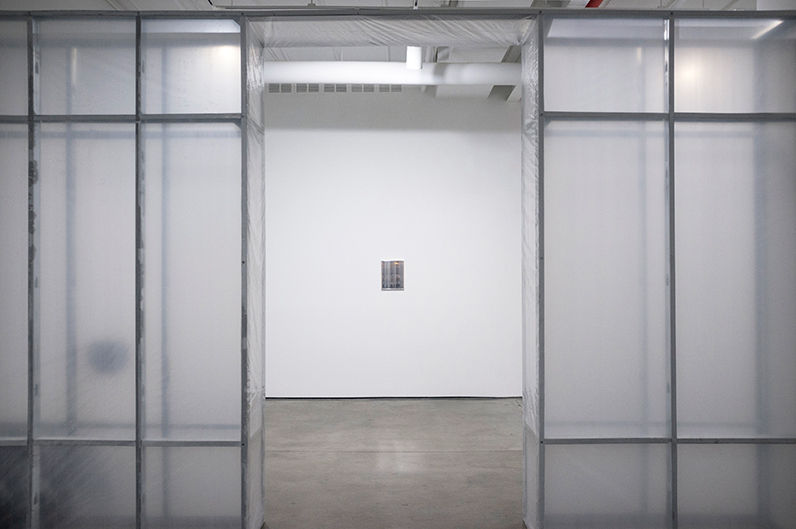 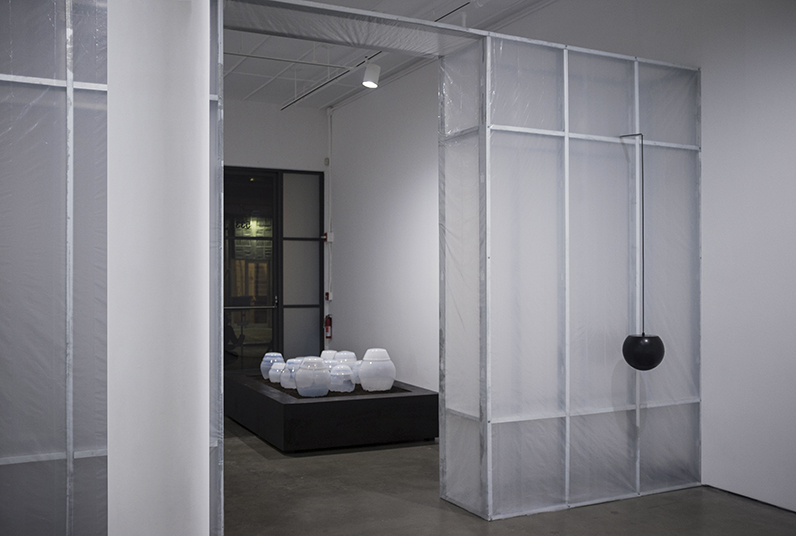 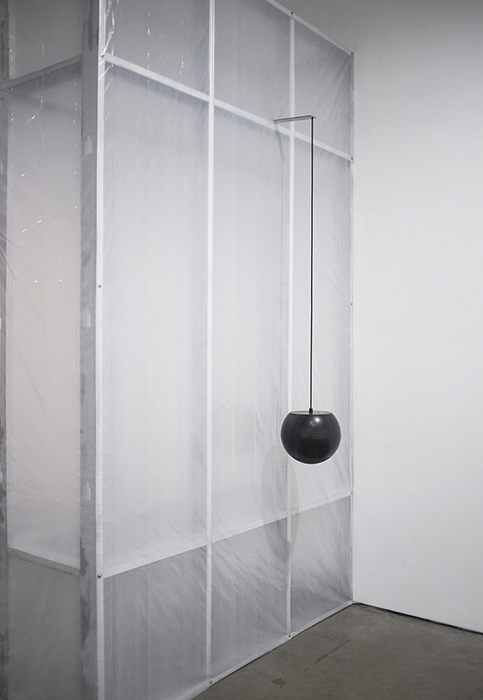 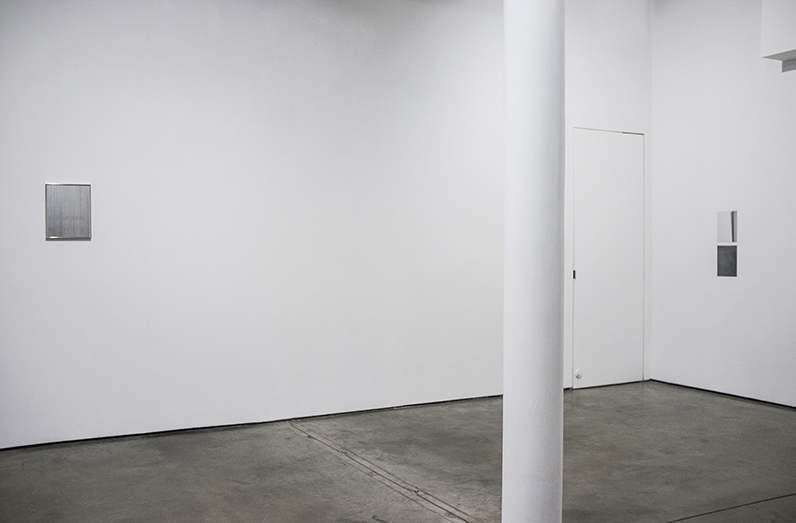 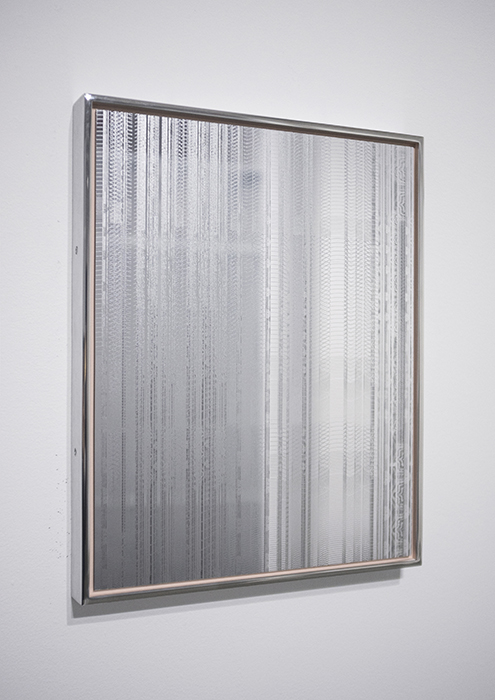 translations (on evidence, untranslatable futures, and other drawings), III 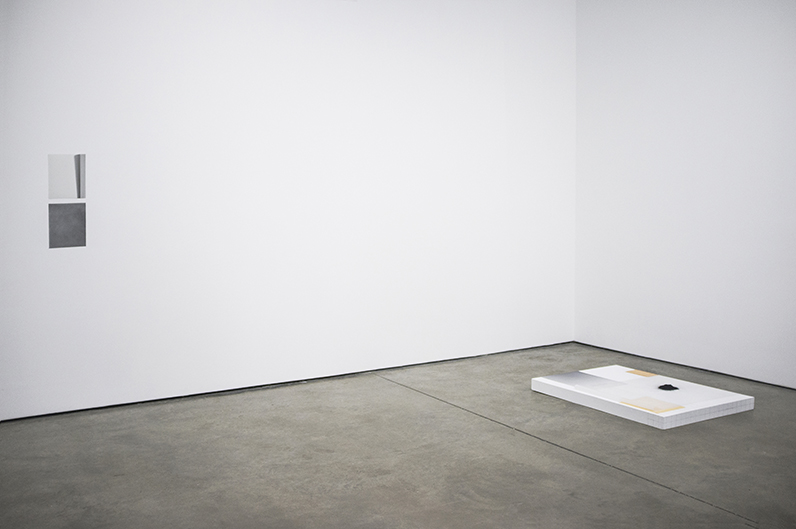 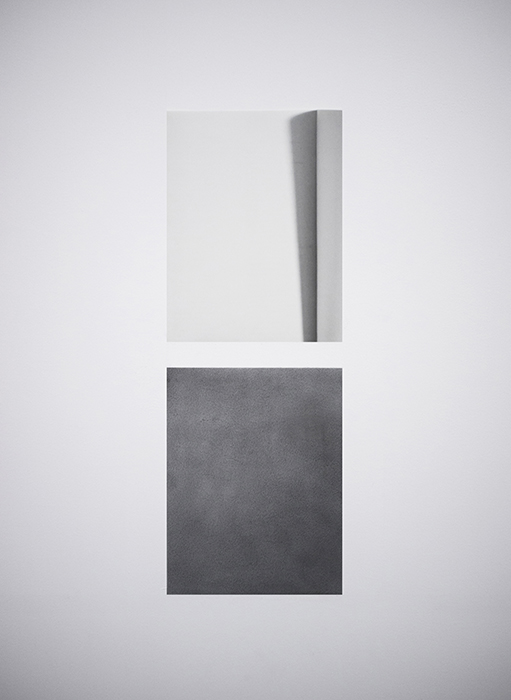 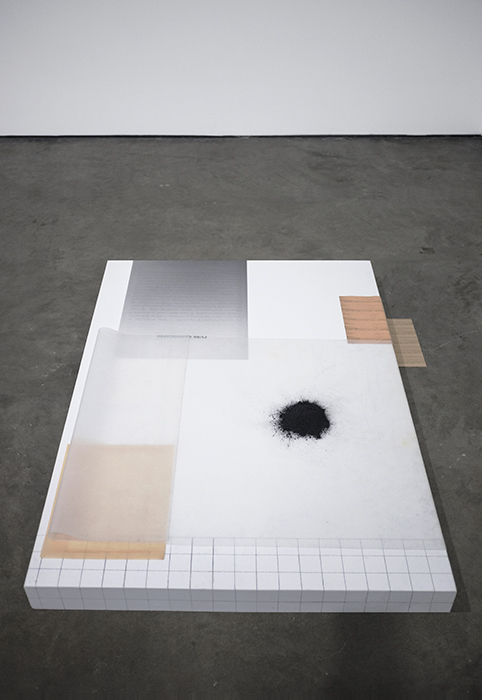 if you weren’t saying anything

Bite the tongue. Between the teeth. Swallow

Until there would be no more organ.

DOOSAN Gallery New York is pleased to present an inaugural exhibition of DOOSAN Art LAB with two New York based artists, Jesse Chun and Tiffany Jaeyon Shin. Comprised of two labs, the exhibition binds to an interrogation of speech (enunciation, silence, erasure) and flesh (consumption, contamination, containment) to consider how systems of language and digestion are irrevocably entangled.

In lab one, Jesse Chun presents sculpture and sound installation that vestigates the bureaucratic and institutional mechanisms of language and legibility. Working with a range of found materials that render one readable as a subject—such as audio pronunciation tutorials for the world’s “common language”, English; watermarks for authenticating bureaucratic documents and certificates; and materiality of handwriting such as graphite, Chun actively mistranslates and re-authors the pre-existing devices of power, control, and meaning. Through visual, sonic, and semiotic abstractions, she considers new poetics of legibility, interiority, and the untranslatable.

In lab two, Tiffany Jaeyeon Shin transforms onggi 옹기 vases, traditional Korean earthenware dating back to 5000 BC, into an impenetrable glassy surface. Onggi draws breath from its microporous surface, critical for the function to ferment foods and allow optimal air flow. Once organic and permeable, onggi vases become vitrified into the sterile flesh and smell of Western modernity, nestled in the making of a modern surface after the Korean War. Diffused mugwort envelops the space, exploring the conceptual terrains of contamination and containment.

Tiffany Jaeyeon Shin (b. 1993) explores the porousness of bodily boundaries and the ceaseless movement of living processes, like fermentation, echoing the history of colonialism. Shin is interested in entangling the history of conquest and the literal digestion of material – smells, microbes, and food – into a new system of relations that emerge from a complicated history of entanglement. Recent and forthcoming exhibitions include Jeju Biennale; Lewis Center for the Arts; Cuchifritos Gallery; Cody Dock; Knockdown Center; AC Institute; Abrons Arts Center; Tiger Strikes Asteroid. Shin is a 2019 Visiting Artist Fellow at UrbanGlass and 2020 artist-in-residence at Recess Session. Her work has been reviewed in Artforum, Brooklyn Rail, BOMB, ArtAsiaPacific, AQNB, and GARAGE.

Established in 2010, DOOSAN Art LAB is a program organized by DOOSAN Art Center to support Korean artists under 40 years of age. The program presents artists’ work in various formats including exhibitions, reading sessions, and workshops. Since 2013, DOOSAN Art LAB has embarked on a path to discover and support promising artists by exhibiting their work at DOOSAN Gallery Seoul every other year. In 2020, DOOSAN Gallery New York will be collaborating with DOOSAN Art Center in Korea to initiate DOOSAN Art LAB New York, with the goal of discovering and supporting young promising Korean artists and to further the gallery’s mission to introduce them to an audience in Korea.