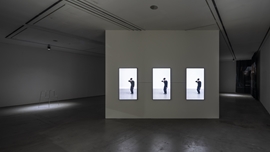 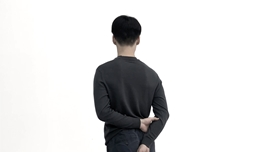 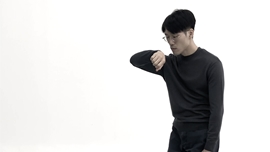 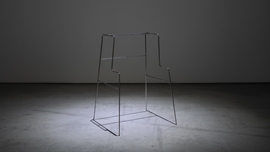 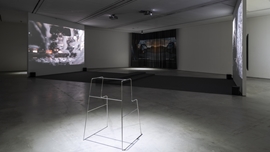 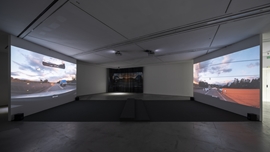 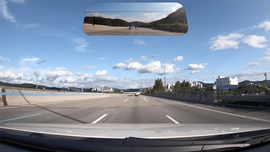 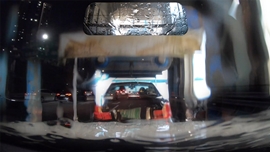 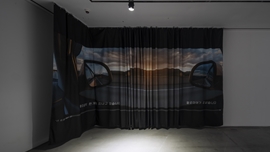 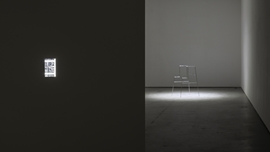 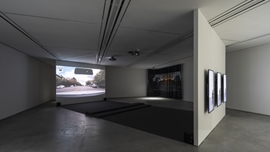 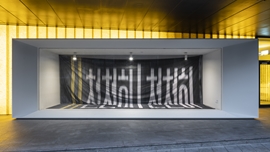 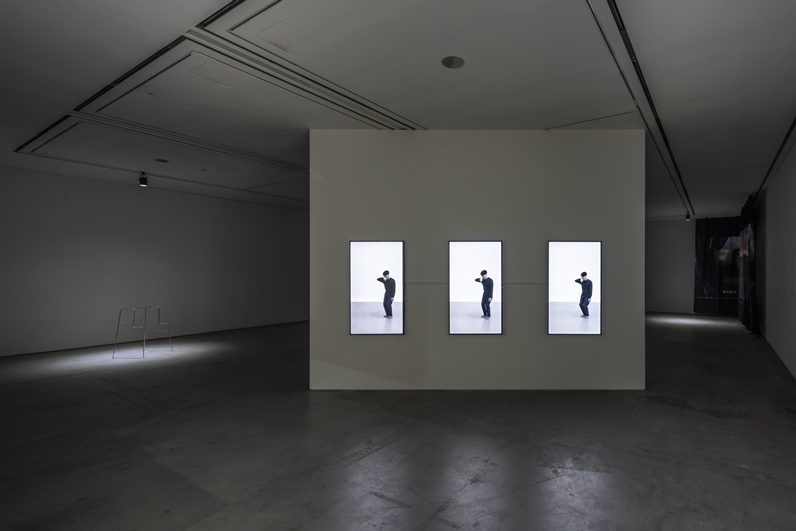 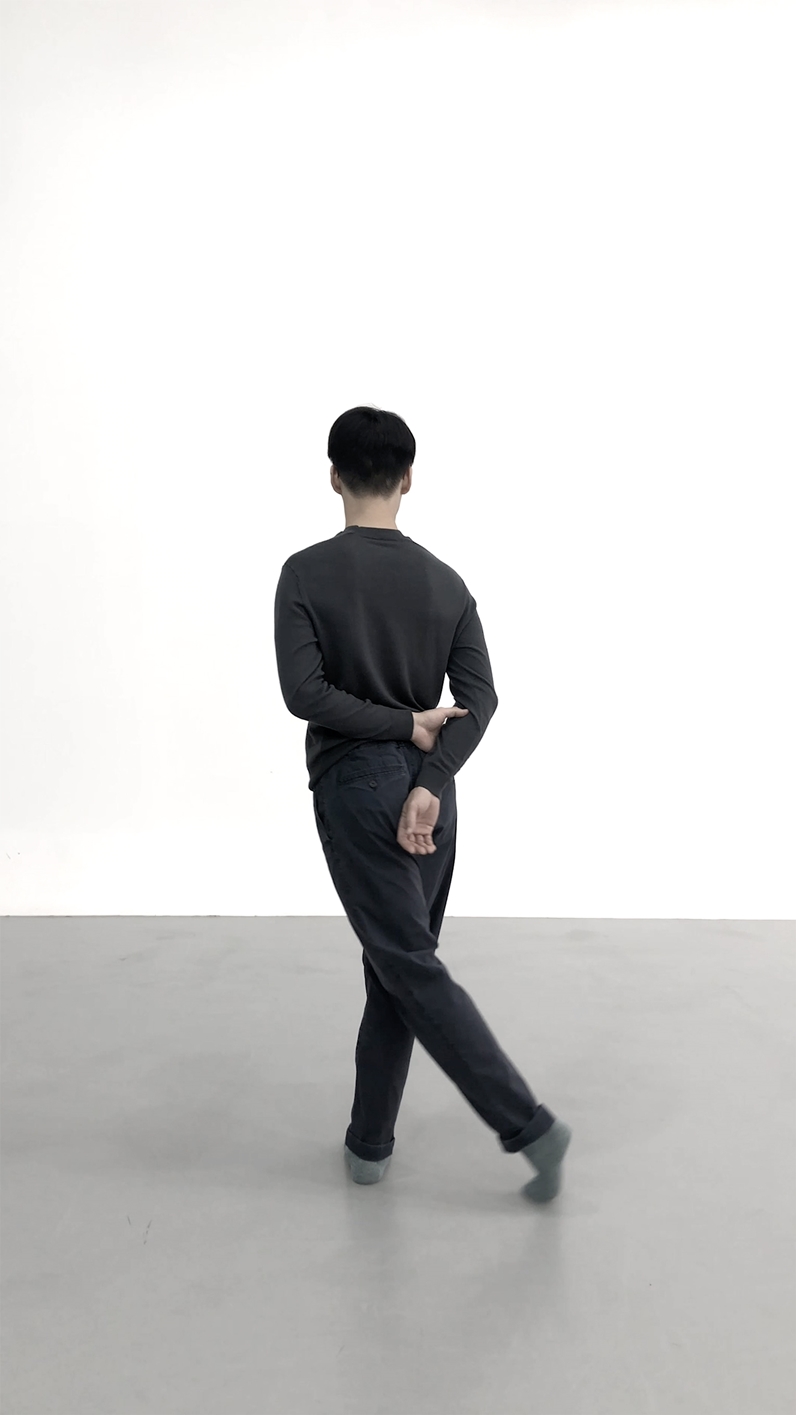 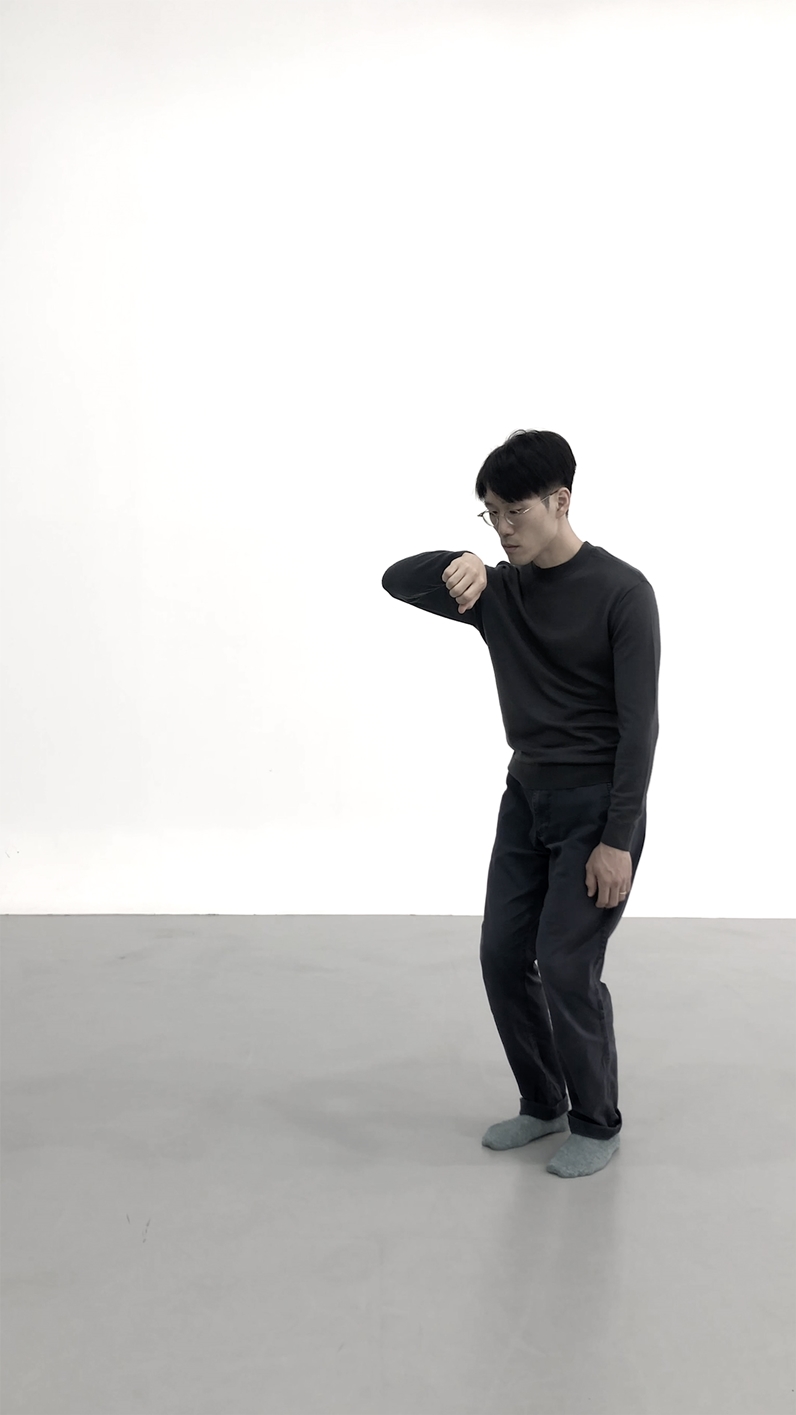 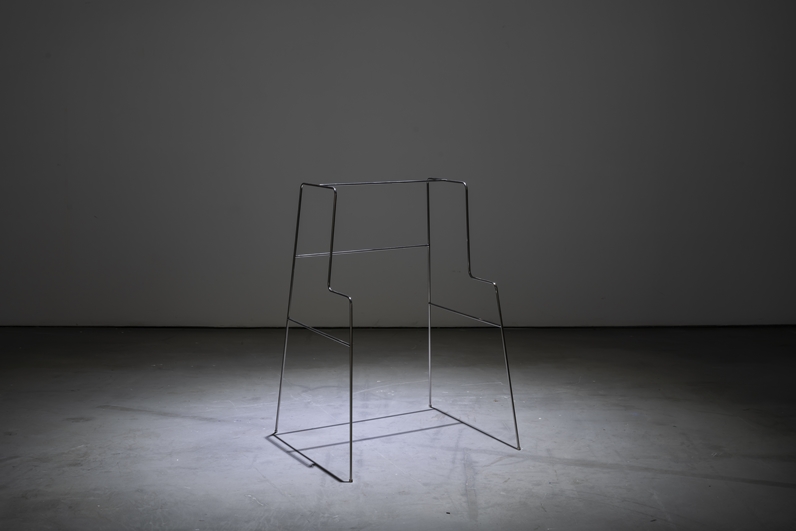 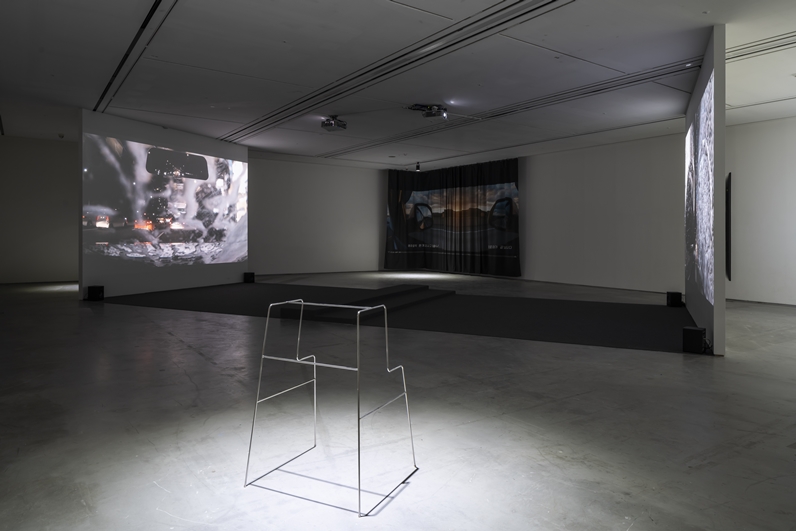 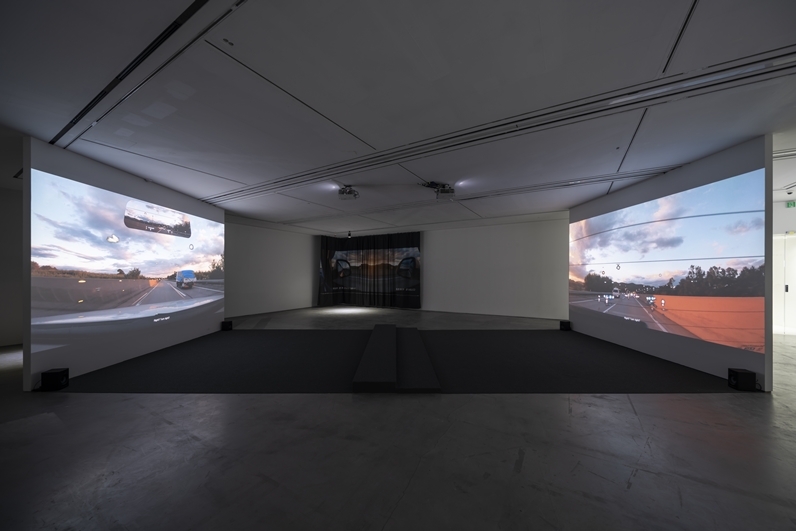 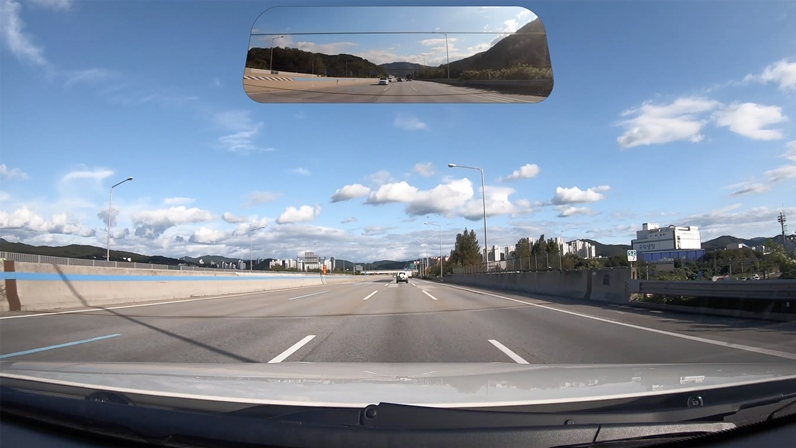 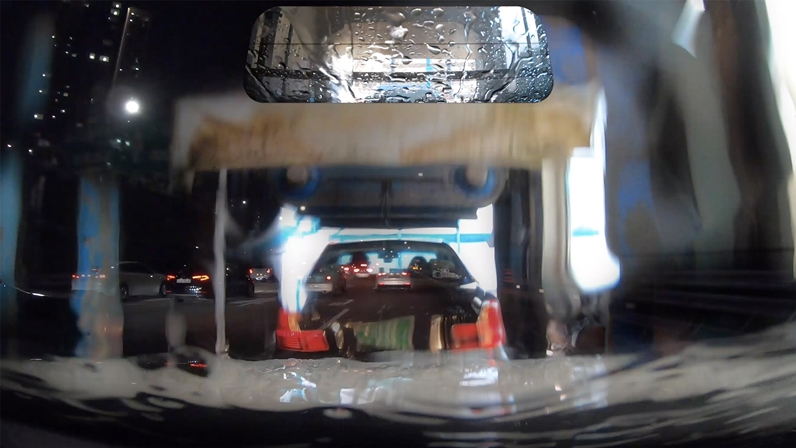 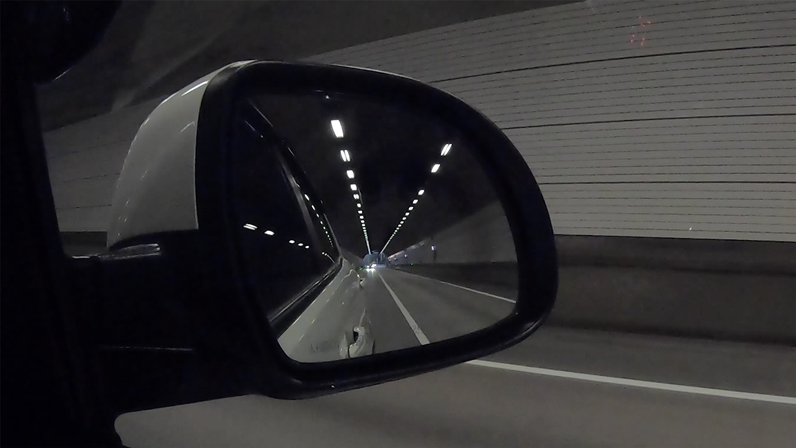 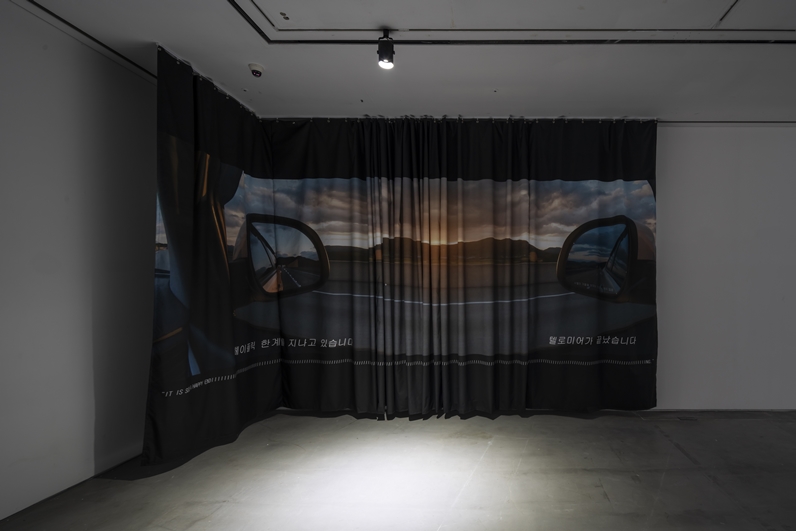 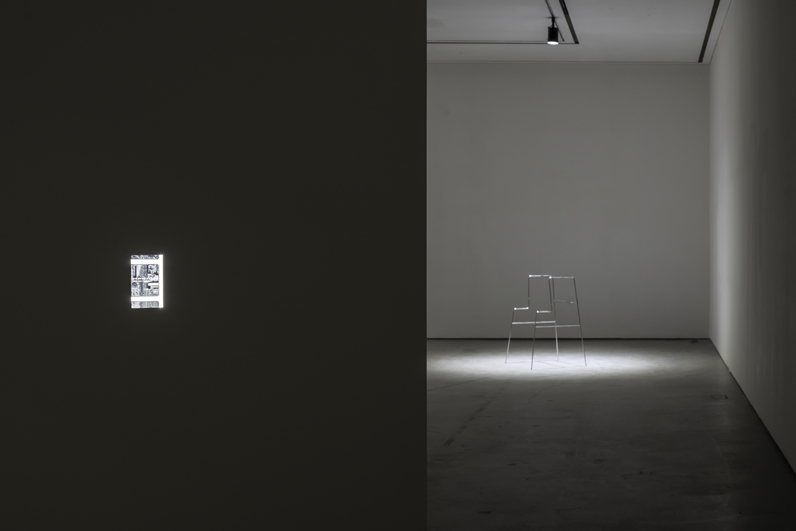 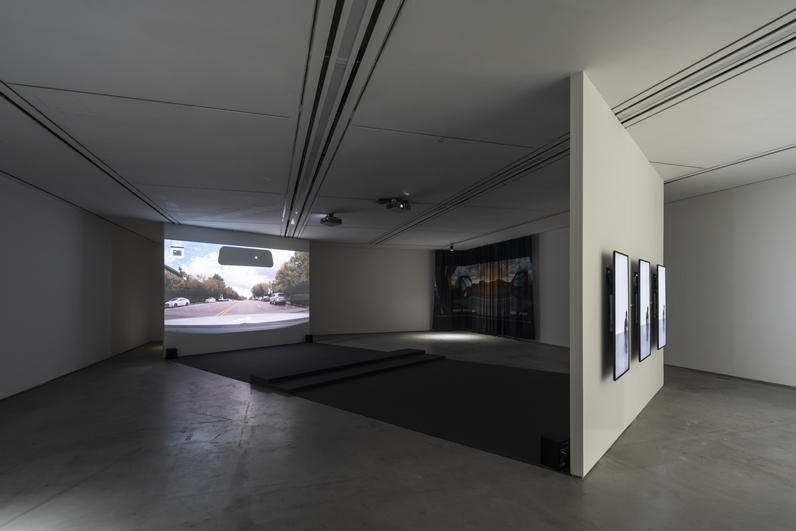 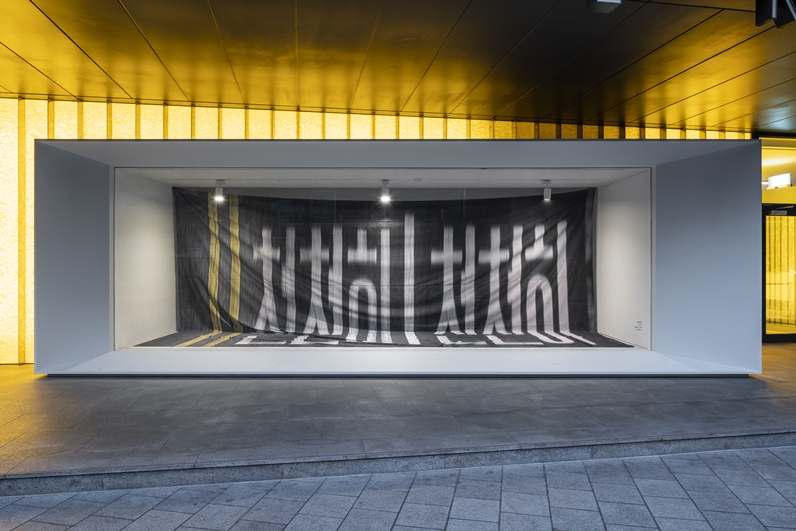 Chang’s video and installation works illuminate beings that live finitely in the cycle of life and death. Her videos on various subjects remind the viewer of the finite conditions of human being. The finitude of the body and temporality that changes because of it presents repetition and circulation in Chang’s work, at times as a box or socks turned inside out, while other times as a certain space, text or movement of a performer in straitjacket.

Sleep Stream, the main video work in the exhibition beginning to end at the beginning gives one the illusion of the human body becoming that of an automobile. The scenery outside the front and back windows of a vehicle, along with unusual commands of navigation, penetrate the time of past, present and future, reflecting on the human life on a finite timeline. There’s always a beginning and an end in time for human. We’re oblivious to our predetermined nature, until things start happening to the body. Chang reminds the viewer of this inevitable sense of finitude through the various methodologies in her work.

The human life, crumpled up in limited time, awaits different moments in their own time. The given period of time to each individual may all be different, but the beginning and end of life are inevitable moments for everyone. Are futility and helplessness towards the inescapable and unchanging cycle of life and death the only emotions we’ll feel the moments we confront such truth? Chang contracts and expands the time of the 'moment' that cannot be visualized in the long and short journey of life, and invites the audience to freely sense her work on their own will. Even if it makes one return to where they left off. 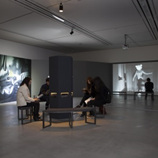