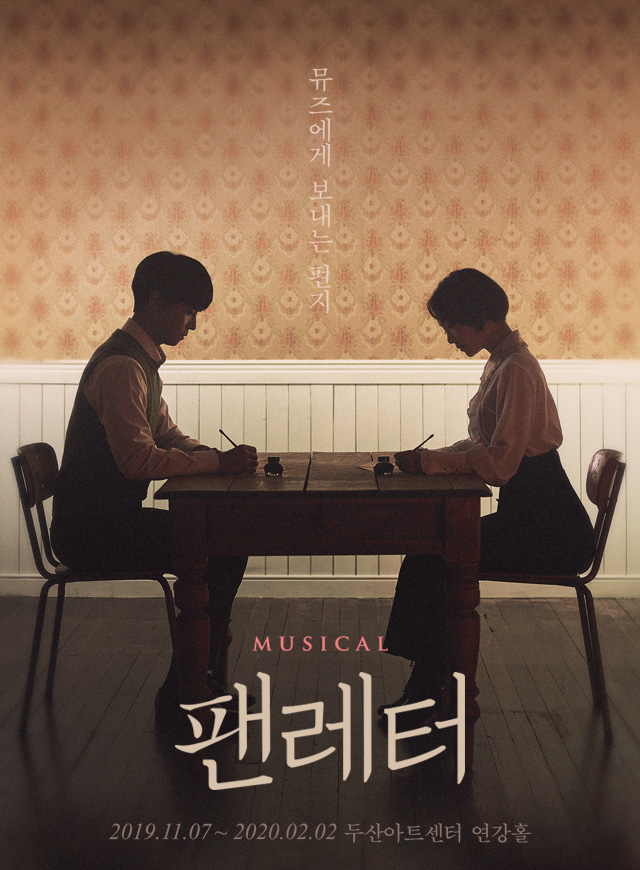 145min (Include a 15min intermission)

Fan Letter is an original musical featuring the oppressive era of the Japanese Annexation of Korea. The show garnered attention as tickets sold out for both its premiere run in 2016 and re-run in 2017, an unusual feat for original productions in Korea. Fan Letter is inspired by the Circle of Nine, a group of writers in early 20th century Korea under Japanese rule, as well as their contemporaries such as the novelist Yi Sang and Gim Yujeong. The show features the coming-of-age story an aspiring writer who ventured into the world of renowned literary figures of Gyeongseong (Seoul) in the 1930s. Through anecdotal episodes of the writers of the period, the show peers into their literary world, love, lives as artists, and dilemmas.